Have you ever wondered what BDC initials stand for? Internationally, simple explanation would have been "bullet drop compensation". In German, you would found the same thing behind the letters "ASV - absehen schnell verstellung". In the world of shooting (and hunting), there is another term that is quite common – "BDC turrets". In this article, we are going to discuss and explain some of the basics about BDC turrets.

First of all, what is in common with all the BDC turrets, is the fact that these are all basically just open uncapped turrets. They are usually similar to tactical turrets, but with engraved distances and not clicks. All these distances values have to be clearly visible and useful for the shooter. Their purpose is enabling fast elevation adjustments to preset distances. With BDC turrets, quick settings can be made when engaging a target on known distances. This is especially useful when hunting and the game is moving, walking and then stops. Next seconds offer hunter to adjust clicks very easily and take a shot with confidence. Primarily, BDC turrets are always found on hunting rifle scopes.

The first producer of BDC turrets was Austrian pioneer of rifle scopes, Kahles. Kahles made their own solution of BDC turrets and they named it MultiZero. They set some standards for other manufacturers trying to improve their solutions and present better solutions on the market later. 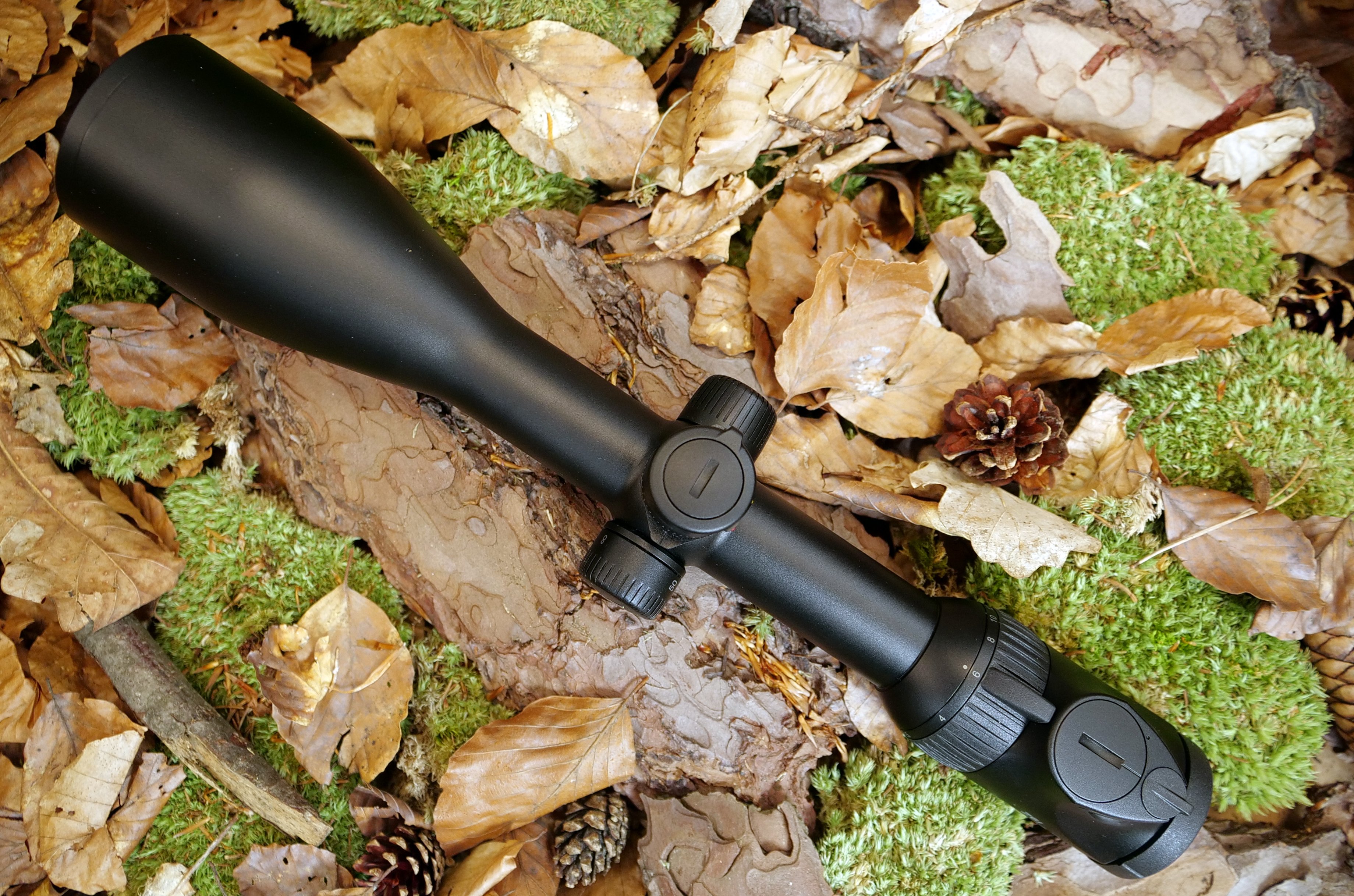 Mainly, BDC turrets are ST (single turn). Turrets can rotate once, twice or multiple times. On hunting rifle scopes with BDC turrets, they only turn once. This might help for avoiding confusion and it usually means 10 mils of elevation (in single turn). In most cases, such turrets also offer zero stop function. This means that we can fix our turrets at zero when we zero the rifle to preset distance (usually 100 meters or 100 yards).

This function is especially useful in dark when we cannot see the engravings, but we can still found zero position by rotating the turret until it stops. In this position, we are sure that we reached elevation on which rifle is zeroed at preset distance.

Marked distances on BDC turrets can be shown in different ways. Let us explain most used ones:

These ballistic tables and software normally represent just an approximation of the actual ballistic curve. However, not all manufacturers include all the rings with the scope. With Kahles and Leica, users have to buy them separately. An example of good practice could have been Zeiss which supplies 10 rings with the scope (included in the price).

Leupold and Swarovski (its model X5) are well known manufacturers that offer custom made engravings, specified to ballistic data user sends them. Advantage of this method is that ballistic curve and the turret engravings are well aligned and perform exact, perfect results. However, its disadvantage is the fact that such rings fit only specific situations and circumstances. Each time the user changes ammo, he would have to send the turret back to the factory for new engraving to fit perfect alignment with ballistic curve. This is also an expensive solution.

Swarovski BTF (ballistic turret flex), Swarovski Z6i line of rifle scopes or Schmidt & Bender BDC II are just some of the premium examples of such kind. With these solutions it is very important to measure actual velocity of the bullet and use accurate ballistic software with this data in order to get perfect results. Once the BDC turret is set, it is recommendable to test it first. 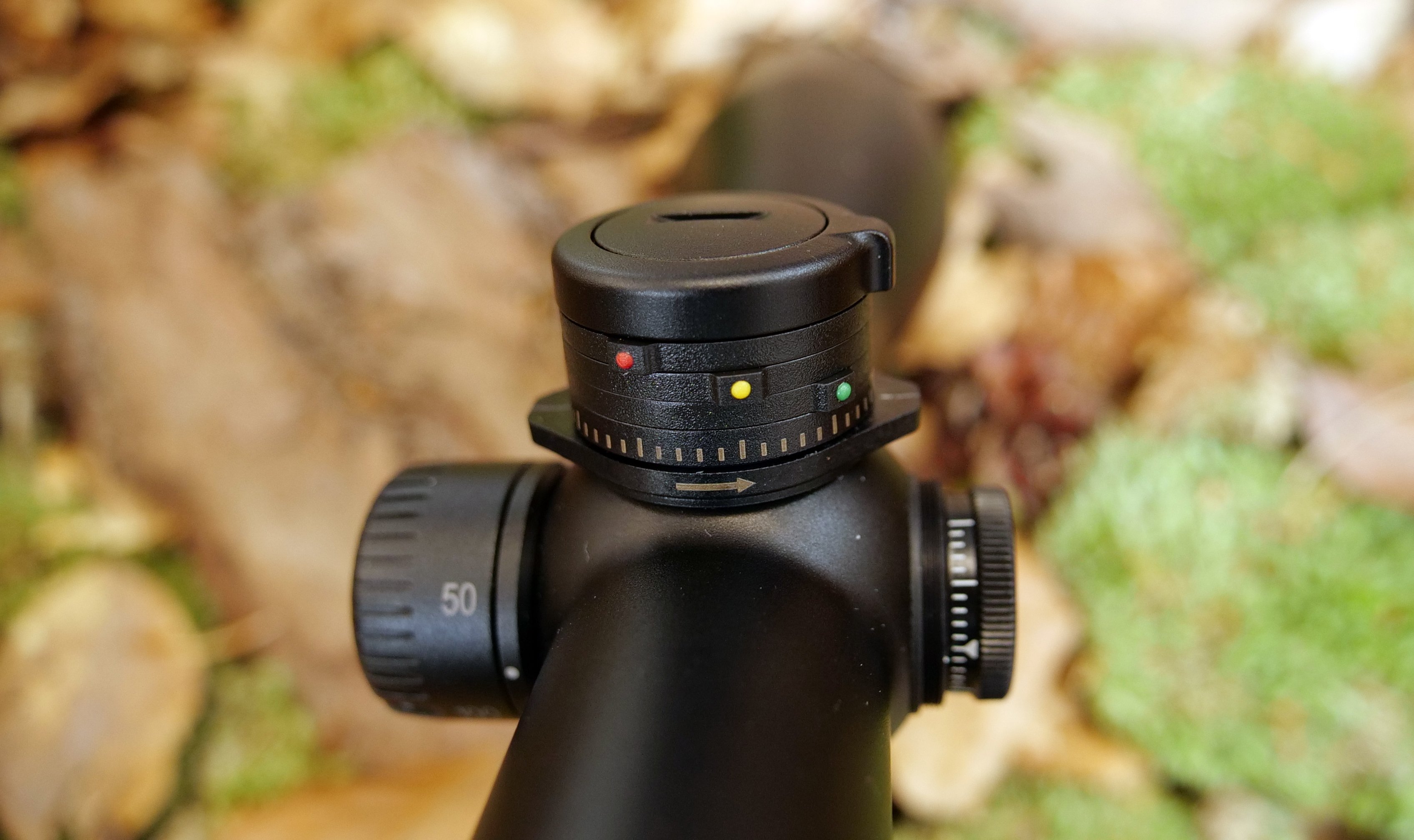 With BDC turrets, clicks are not the most important factor or thing to worry about. Turrets are preset to different distances, which means that only accurately measured distances count. However, the most logical click values would have been 0.1 MIL – 1cm/100m.

In addition to great solutions that premium manufacturers offer, waterproofness is one of them. All premium brands that produce BDC turrets, offer also waterproofness.

On the market it is common with all the BDC turrets that have a locking function, that they also offer zero stop. Having a BDC turret without zero stop, would have been a terrible idea and would make no sense. Zero stop is important solution that prevents user dialing the elevation below zeroed setting (usually at 100 meters in countries where metric system is used or 100 yards in countries with imperial system of units).

Zero stop makes even a tactical scope use much easier. When returning from longer distances back to 100 meters, user can just simply dial the elevation turret until it stops at 100 m setting (zero setting). Therefore, it is a nice feature and it should have been on all scopes with such purposes. 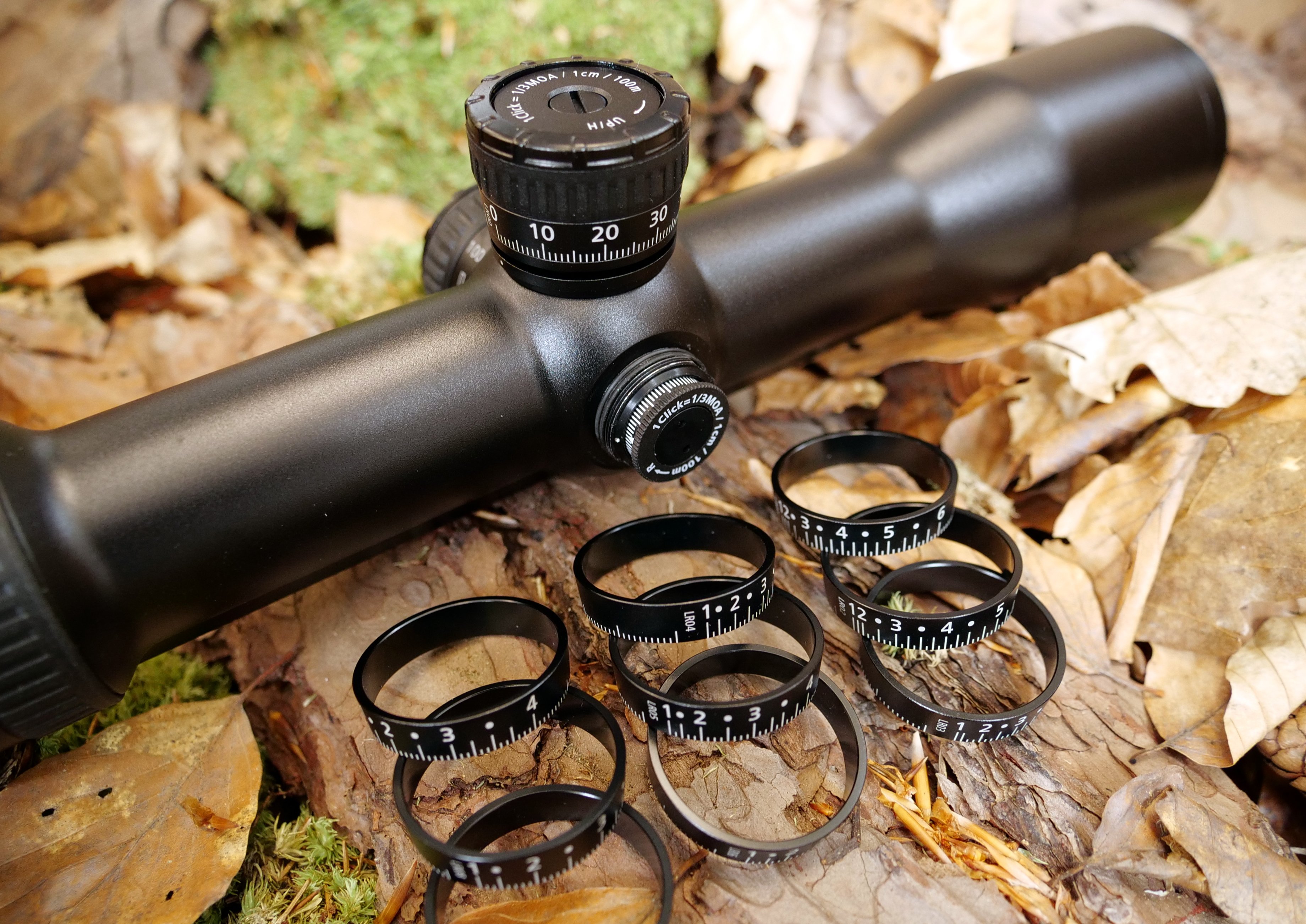 The best BDC turrets always feature also a locking function. This is really important if we want to secure our dials when walking or moving. Locking features are different from manufacturer to manufacturer. For example, Zeiss offers ASV turrets with a pull up system. User have to pull the turret up if he wants to dial clicks. When the clicks are set, user only release the turret and it will automatically locks itself.

Other German manufacturer, Leica, have a ring around the turret the user has to turn. Turning the ring around the turret enables locking and unlocking the turret. Austrian premium producer Swarovski shares the similar solution. Third German manufacturer, Schmidt & Bender, has a lever that has to be turned by the user to enable or disable the locking function. These are just some of the solutions which are commonly used.

In the end, we could say that all of the premium hunting rifle scope manufacturers from Europe offer BDC turrets option. In addition, the best of them (Swarovski, Leica, Zeiss, Schmidt & Bender,...) offer even an improved solution of BDC turrets – with locking mechanisms. Meopta is unfortunately one of the manufacturers that produces BDC turrets which can be put on normal turrets, but they offer no locking function. Furthermore, Kaps is also one of the European producers that offers BDC turrets. However, they are only making them for .308 Win caliber.

Not only European manufacturers provide BCD turrets solutions, but also American optics producers have interesting products available on the market. There really are some manufacturers overseas that provide very similar solutions for their rifle scopes on the other side of the Atlantic Ocean. Leupold is an example of US brand that offers BDC turrets on their hunting scopes and their scopes are very well accepted among their customers. On the other hand, Vortex offers only normal tactical turrets on their hunting rifle scopes, but only for elevation adjustments. This is somehow a sort of a compromise between a tactical scope and a regular hunting scope with BDC turret.

We assume the future will force many more manufacturers offering BDC turrets solutions for their hunting rifle scopes. This prediction is based on wishes and demands of modern hunters. Hunting distances are getting longer with modern equipment and all of us wish to be able shooting just a little bit further.