Target or tactical spotting scopes are one and the same devices. Two names are just because of two different user groups that use these kinds of optics.

Therefore, both designations are correct.

Scopes with an integrated reticle are normally a lot more expensive then spotting scopes without a reticle, especially if the glass quality is comparable. For a long time, only premium manufacturers produced spotting scopes with a reticle, which had a high quality and therefore a high price. In the last few years, also cheaper scopes can be found with such a feature, but the quality and precision are not comparable.

Tactical spotting scopes are very popular among tactical shooters, police, and military. In most cases the observation times are long, and only 1-3 shots are fired until the sniper with his spotter has to move to another spot.

Sports shooters use the scopes only on the shooting position for long term observations of their targets. Mostly the shooters observe the targets alone, with no additional spotter. Sports shooters shoot a lot of bullets downrange and need a high-magnification spotting scope to aim for the smallest corrections on the target. 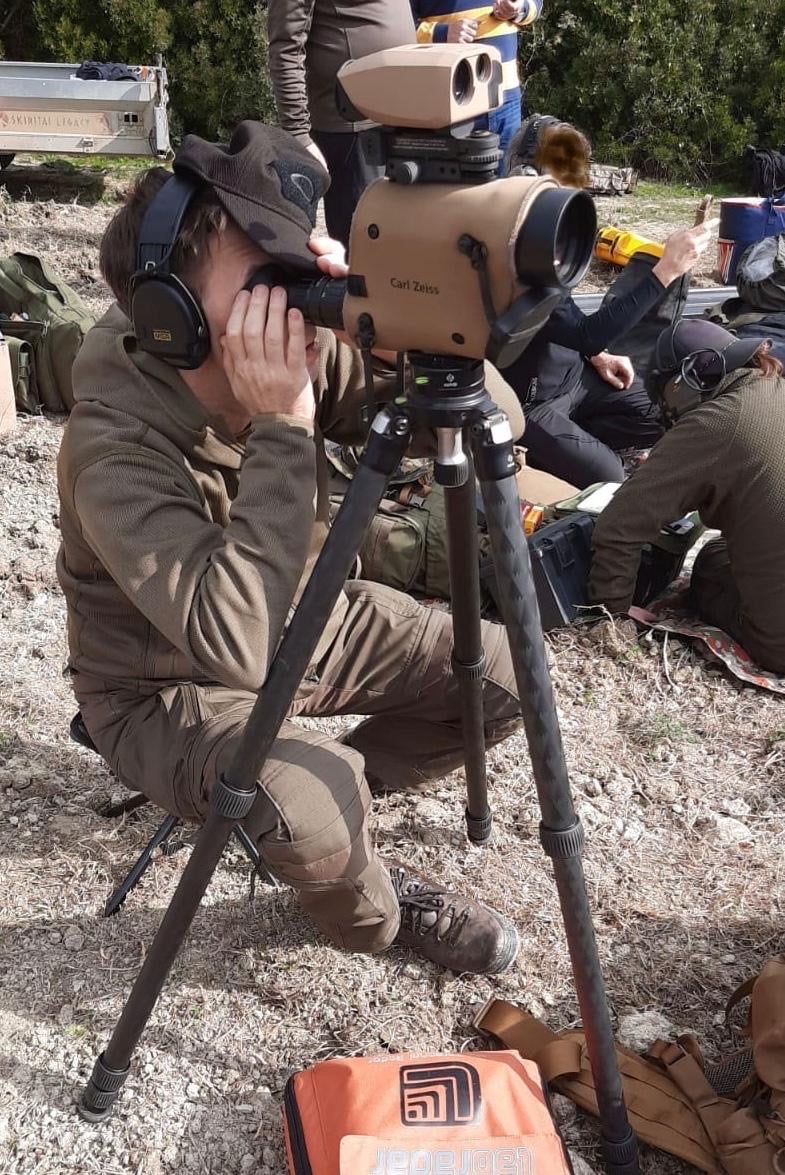 All target/tactical spotting scopes on the market have a straight construction since it is easier and quicker to get on the target. Some tactical spotting scopes have also an integrated prism, which drastically reduces the overall length, but increases a bit of the height. This is designed for easier transportation in a backpack, where it takes a small amount of space.

No matter the construction, almost all tactical spotting scopes on the market feature mounting sections for additional Picatinny rails for attaching additional equipment, such as a red dot sight, a rangefinder, etc.

They all have the reticle in the user’s field of view, and for a long time, the Mil-Dot reticle was the most popular reticle in use. In the past, only simple reticles were built into a scope, but nowadays also advanced reticles are in use such as the Horus H59, Tremor 2, etc. The most common are reticles in MIL, but also MOA reticles are very popular.

Very rare are target/tactical scopes with a digital reticle, which can be completely turned off for a clear picture without a reticle. The only producer of such spotting scope is Swarovski, and with their technology, the reticle is projected into the user’s field of view, so the intensity can easily be adjusted for the user's needs.

In tactical spotting scopes with adjustable magnification, the reticle has to be positioned in the first focal plane, so the picture and reticle change simultaneously, in the exact same ratio. This means the marks in the reticle remain in the same ratio to the target at all magnifications.

The video bellow is illustrating how the reticle changes when changing the magnification.

General use possibilities for a tactical spotter

The majority of sniper teams consist of two soldiers:

The sniper is the one that caries a long-range capable rifle, and the spotter a rifle for short-range and additional optics for observation purposes.

In most cases, the spotter uses a tactical spotting scope for:

The best-case scenario is whatsoever if the shooter and the spotter have the exact same reticle.

Since the majority of sports rifle scopes feature the reticle in the second focal plane due to the thin reticle, these scopes can be used for point of impact readings only on one exact magnification.

With the use of thE scope, whatsoever, the POI can be read at all magnifications, and the correction for the next shot can directly be adjusted on the rifle scope.

If the spotting scope is mounted higher, also mirage is not so much noticeable.

Observing the target through a scope is usually also more comfortable than through a rifle scope. 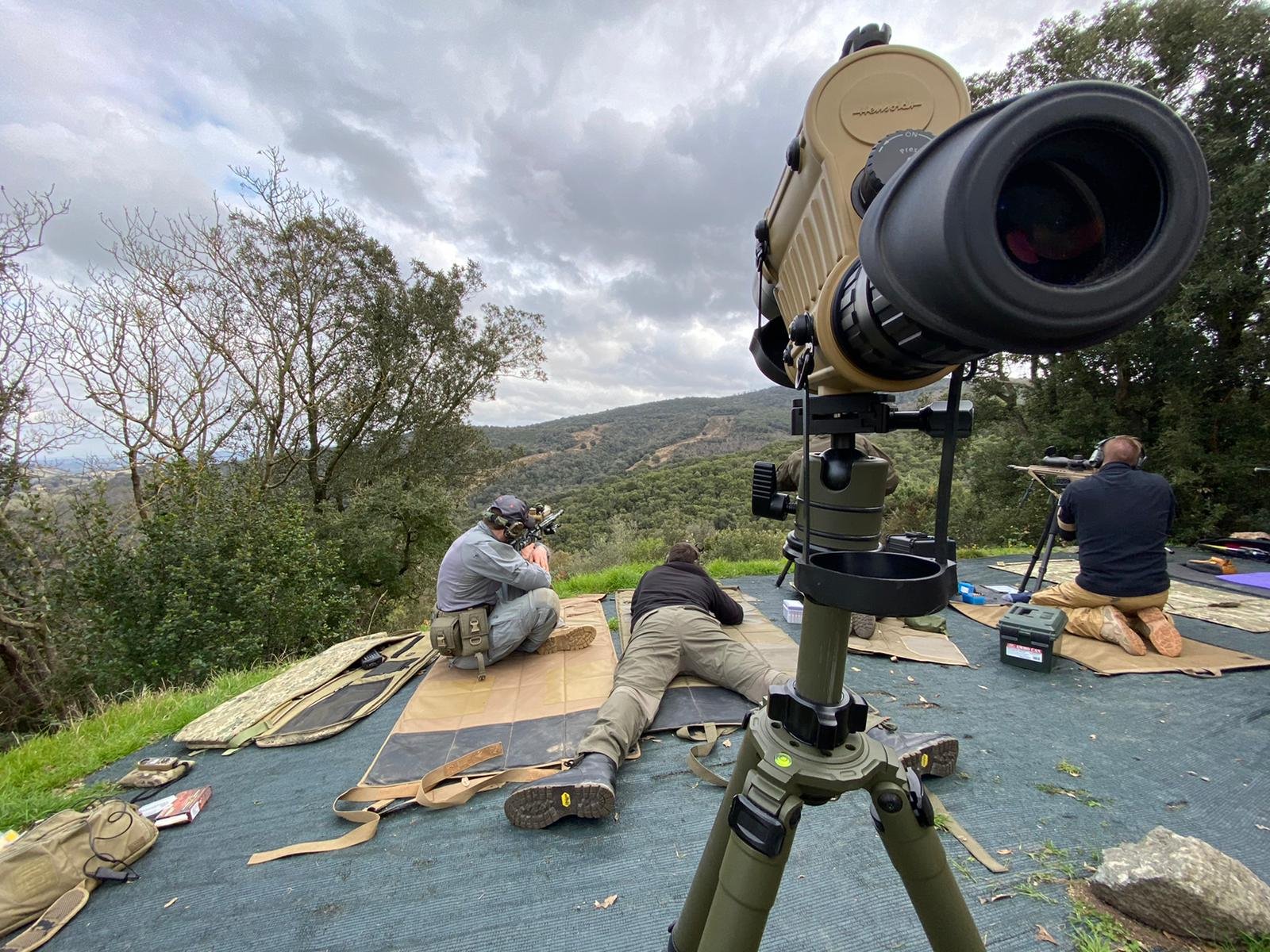 For now, Vortex is the only manufacturer that offers such an eyepiece, but since this is a great feature, we are sure that other manufacturers will follow.

In the past, the best tactical spotting scopes on the market, and the most established brands in this category were definitely Hensoldt and Leupold.

Their scopes are widely used all around the globe by professionals in all climate conditions and harsh environments.

Today also Swarovski and Vortex joined with their high-end tactical scopes since they also offer extremely good optical performance, which is of paramount importance when spotting bullets flying downrange, and observing the bullet point of impact.

High-end scopes are available only for a high price. This is because of the great optical quality they offer, which is expensive to produce.

A short presentation of Tactical spotter is available here.