Analog night vision goggles were designed for the military, first for pilots of helicopters, so they could fly in the dark and engage targets, and later on for the infantry. The definition of night vision goggles is that they can be mounted on a helmet, and be used without a need to hold them. Because of that, the magnification has to be 1x.

The military versions of night vision goggles are very small, lightweight and compact, and normally they have small objective lenses. The field of view is big, which enables the user to walk, drive and do other things in complete darkness. 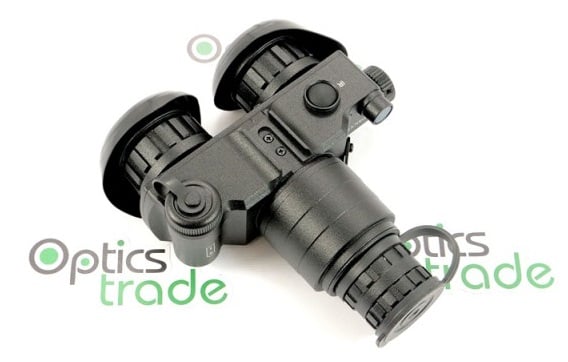 So why are they so popular?

The most known night vision goggles are the ones with a single lens on the front. They feature one image intensifier tube, where the image gets split into two. The more expensive ones feature two IIT´s, which gives the user a small advantage in terms of the field of view. The latest development was made from the US company named L3 Technologies (now L3Harris Technologies), where they combined 4 small tubes into 1 unit, to get the user a 97-degree big field of view.

Night vision goggles are made by many manufacturers, in all kinds of shapes and sizes. They are available with all image intensifier tube generations, which, in the end, tells us the price of the device.

With night vision goggles it is even possible to aim through a day sight mounted on a rifle. Many red dot manufacturers started to integrate also a night vision illumination, which does not interfere the image of the night vision.

NV goggles most common use cases

Night vision goggles are the most used night vision devices in the professional users’ segment. They are used by the military, police and other special forces around the globe. 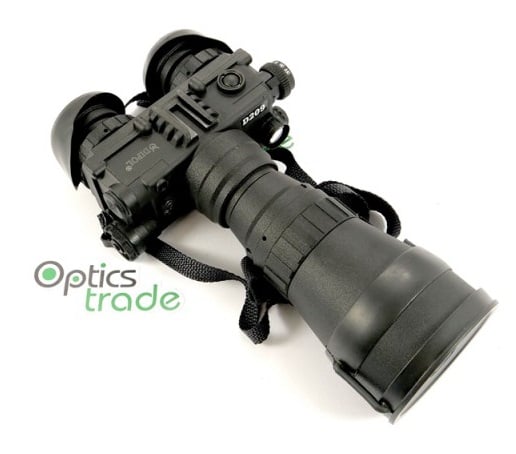 Primally they were designed for helicopter pilots and soldiers on foot. Because of that, the image has to be as normal, with no magnification, so the user had a picture like during the day. With a magnified picture the users would not have the true sense of distance, so it would be impossible to fly a helicopter, drive a car, or walk.

Night vision binoculars, on the other hand, offer a magnified picture, so the detection range and recognition range can be drastically improved. The details the user can see during the night is much bigger, even on extended ranges. Night vision binoculars are available in many different magnifications, but the biggest downside of binoculars is, that the user cannot walk freely when observing. Also the field of view is much smaller, but this mostly depends on the given magnification – the bigger the magnification, the smaller the field of view.

Night vision scopes (or monoculars) are also widely used by professionals. They are very small and offer a nice picture with a wide field of view, but because observing is done only with one eye, it is not very comfortable and for a longer time, a bit difficult.

Whatsoever, night vision scopes are in most cases a lot cheaper than NV goggles, and because of the small size, also lighter in weight. Because of that, they are very popular as head-mounted units since the weight does not interfere so much like with NV goggles. 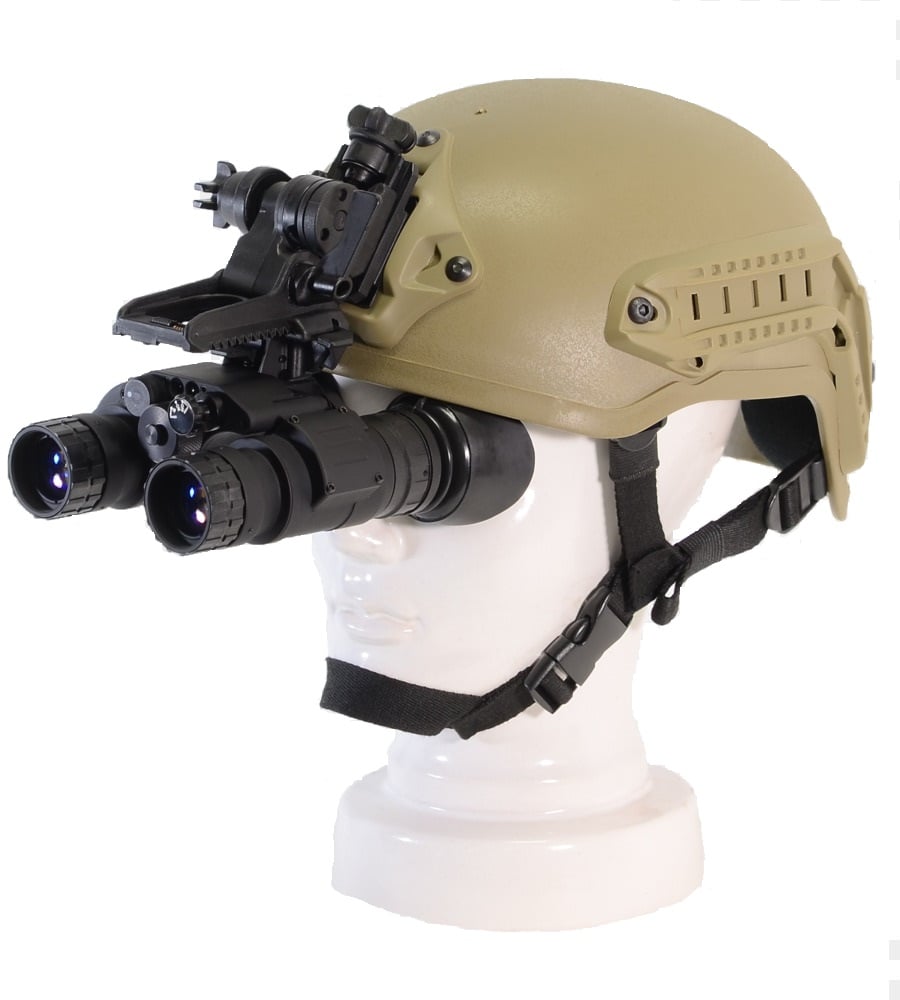 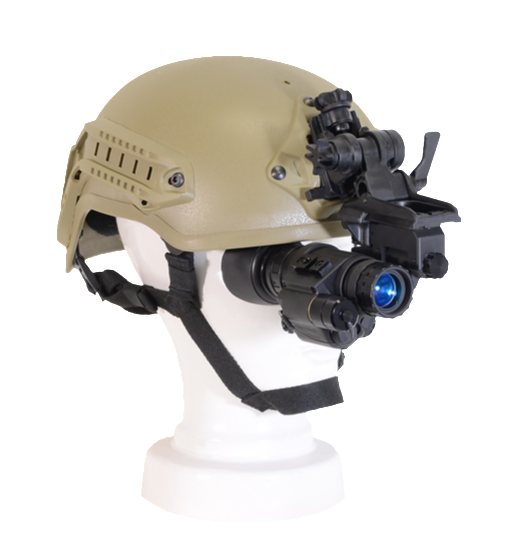 Night vision devices have some advantages, but also disadvantages against thermal devices. 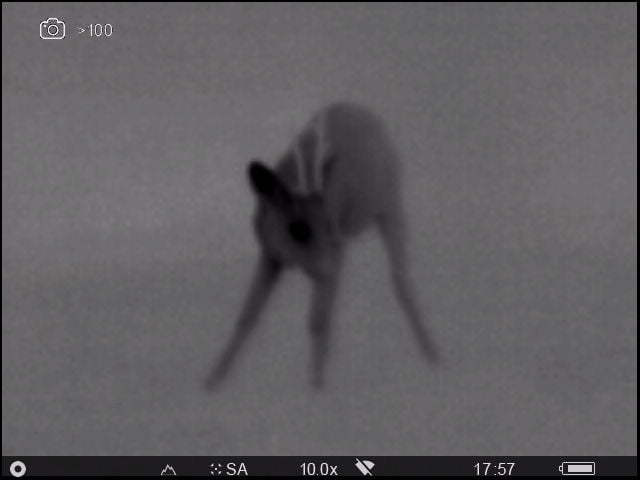 Whatsoever, the detection is much easier with a thermal device, especially on longer distances. Thermals also don’t need an additional IR illuminator and can see through fog, snow, and rain.

The helmet mount for attaching night vision goggles was standardized to ensure that all common NV goggles can be mounted. It is also designed for mounting other accessories such as headlamps, cameras and other devices.

To mount night vision goggles, in most cases also an intermediate folding part is needed, so the user can fold the NVG up when they are not needed. This folding part ensures that the NVG can be perfectly fit to the eyes of the user. It features a hight adjustment, length adjustment, and also the angle can be adjusted, so you can just look through the device at the right angle.

Head mounts are designed for people that use night vision goggles or monoculars but do not need to carry a helmet. With a head mount, the NV device can also be folded upwards, so they are not in the way when you don´t need them.

A short presentation of NV Goggles is available here.