Dobsonian type of telescope is a simple set of optics on a simple altazimuth mount. It is one of the most inexpensive and straightforward mounts, widely used by amateurs and professionals.

Dobsonian telescopes are characterized by large apertures, which are great for “deep space” observations. If the aperture is big enough, very distant celestial objects, such as nebulas, can be observed. Big aperture means a better ability of the telescope to capture light. 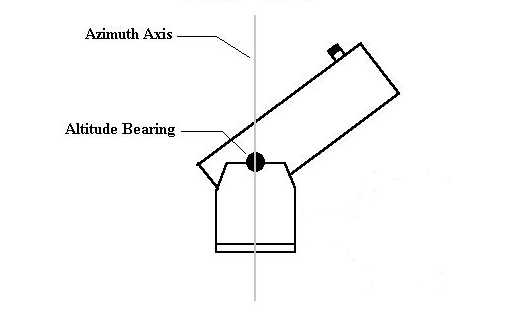 A Dobsonian telescope is very stable and easy to use – this is the reason why it is trendy among amateur astronomers. Its optical tube is very similar to a Newtonian reflecting telescope tube, seated on a simple altazimuth mount.

The light enters the optical tube and travels to the primary mirror at the bottom of the tube. There it is reflected towards the secondary mirror, and out the side of the tube into an eyepiece.

The mount consists of sliding and rotating parts which allow the movement in two different directions: