The name itself suggests the purpose of pocket binoculars which is to be able to store and carry them around in your pockets. They are small, lightweight, and very easy to hold in hands and carry around the neck.

To ensure smaller dimensions and compactness they usually have a roof prism system that offers better optical technology and binoculars are therefore sharper. The other occurring prism system is reverse Porro.

Due to their small size, the lens diameters are between 20mm and 26mm and the magnification is normally between 8x and 12x.

With most pocket binoculars the bridge folds at two different places to bring both optical barrels together – that way they’re really compact, suitable to store in pockets and offer closer interpupillary distance.

However, in some rare cases, the bridge folds in only one place which makes them less compact. Because they are intended to be used outside they are usually waterproof and fogproof, to prevent any inside fogging when exposing your binoculars to extreme temperature fluctuations.

To keep their compactness, they have short eye relief which makes them less suitable for eyeglass wearers.

However, due to their small size, they may not be the most comfortable to look through. If the barrels are too close or the focusing knob is too small they may be more difficult and uncomfortable to use.

Compact binoculars usually have only one fold, while pocket binocular has two folds.

In fact, pocket binocular is meant for those, who care the most about the appearance (small size, compactness) and not so much about the quality of observing, since it is a little uncomfortable to use it.

Compact binoculars are however much more comfortable and suitable for those who intend to take the observations more seriously. In low light conditions, none of them are doing too well.

In general, pocket binocular is almost unusable in such situations. It is very hard to use this type of binocular when wearing glasses.

People do not buy this type of binocular primarily for birding. However, this is binocular that you can always carry in your pocket and when it comes to the situation to observe, you can take that binocular out of your pocket and look through it.

The best binoculars are produced by the renowned European sports optics manufacturers such as:

There are two series of Leica's binoculars- Trinovid and Ultravid. Ultravid is considered to be one of the best and Trinovid is more entry-level. Both have superior optics in a pocket format.

Ultravid is available in black and silver line and its armoring is made of black leather. Its overall appearance is truly amazing- it is extremely small and has a dual hinge design which allows the binocular to fold in two places and thus makes the binocular even smaller (when folded).

As far as the Swarovski binoculars are concerned, the latter presented only one series on the market, called CL pocket. There are two configurations of them, 8x25 and 10x25, available in black, hunting-green, and sand colors.

Zeiss binoculars are the latest among all mentioned above because they came on the market the last.

They claim that they are the best in this category as far as the optical performance is concerned since they were presented later than the others and so it was possible to further improve them.

They are also available in 8x25 and 10x25 and have a unique design with an interesting central bridge - the hinge is not symmetrical since the binoculars are folded so that the central focus knob is on the side.

Pocket binocular is one of the smallest in the category of binoculars.

As mentioned before, they normally feature roof prisms, instead of Porro prisms. Since Porro prisms are so much bigger, their size disables them to be a part of pocket binocular construction.

Binoculars with Porro prism can never be folded as tightly as those with roof prism. This is the reason why pocket binocular rarely (almost never) features Porro prisms.

Another important thing to point out is that pocket binocular features a dual hinge mechanism.

Since size plays such an important factor, one hinge mechanism is simply out of question.

As you can see in the picture, dual hinge binoculars can be folded way closer than one hinge binoculars, which enables the user to simply store them in a pocket of a small space. 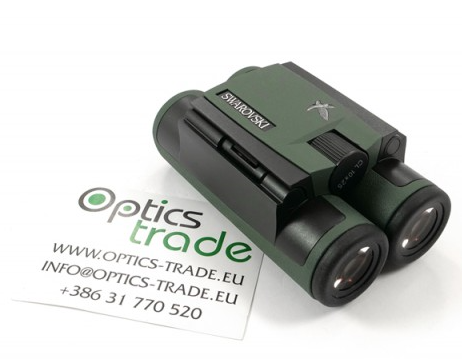 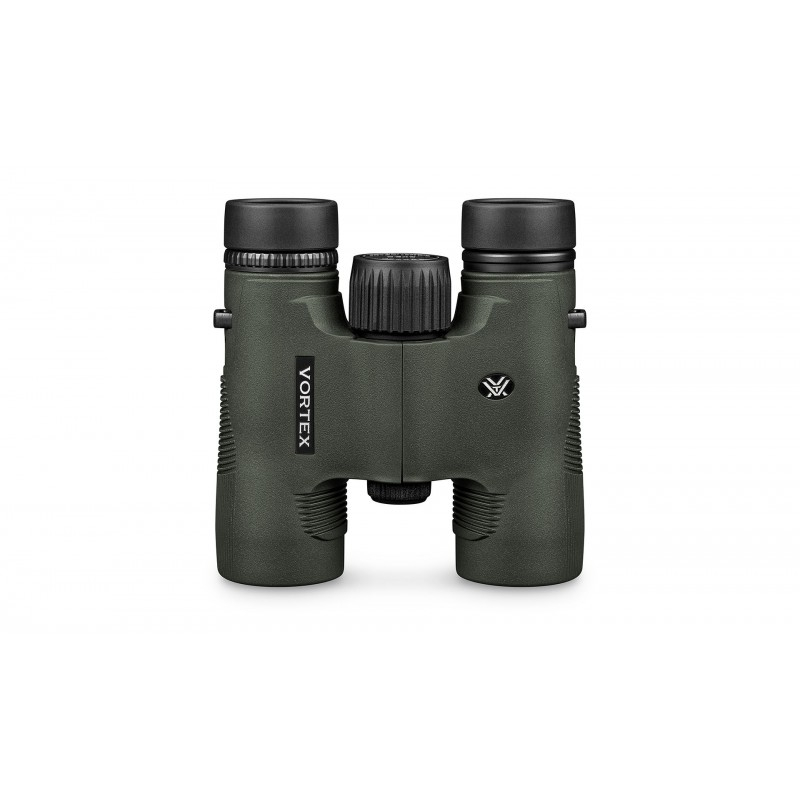 One hinge and dual hinge binoculars

A short presentation of Pocket Binocular is available here.