What are Rangefinding binoculars?

Rangefinding binoculars were first placed on the market by Leica in 1992 and in 2000 implemented this technology into monoculars. Rangefinder combines two optical instruments in one device. Binoculars for viewing distant objects and a laser rangefinder for determining the exact distance to objects in the field of view. Measurements of the distance are initiated with a press of a button when a laser beam is emitted. The time that laser reaches the target and its reflection back to the binoculars is intercepted, determines the distance to the object. All lasers in these types of binoculars (Class 1) are eye safe. 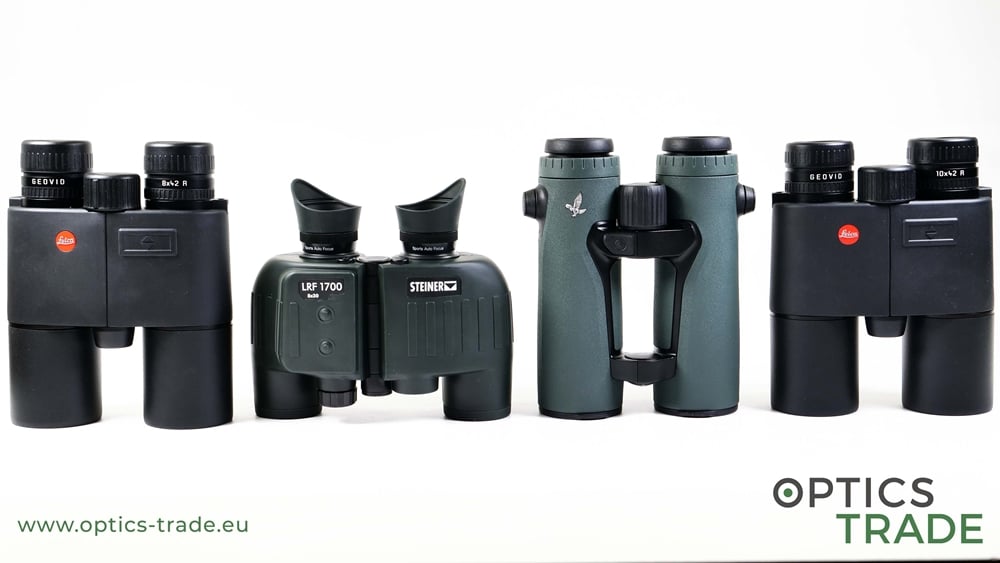 If such rangefinder binocular also incorporate ballistics software then the calculation of bullet trajectory can be done based on gravitational force and the exact aim can be provided. Some of these rangefinder binocular have implemented different Setup Modes, with Rain mode (making corrections based on the impact of the rain), Scan mode (continually calculating and displaying), and First target priority (offering the shortest distance of all the objects in the field) adjustments. Rangefinding binocular is very helpful in conjunction with the use of the ballistics turret or ballistics reticle on the riflescope when shooting at longer ranges.

There are however also other uses of these binoculars. With the addition of the laser rangefinder, these binoculars gain a very distinct additional functionality compared with classical binocular. The downside of this matter is that producing such devices with the same level of optical quality demands much higher costs than normal binocular.

When comparing high-class Rangefinding binocular and regular binocular, we see that some features are slightly better on regular binocular. However, the differences in optical performance are very small.

Cheaper ranging binoculars have more significant problems since they have up to 10% loss of light transmission. The problem with low-cost rangefinding binos is that they have a laser built in only one barrel. This means that optical performance is different for each eye. The barrel with an integrated laser has a very distinctive color deviation. Lookin through rangefinding binos, we see that blue and yellow are especially problematic.

Rangefinding binocular is a great compromise - it measures the distance but for the price of lower optical performance. Rangefinding binocular is an excellent choice for hunting since the hunter carries only one device instead of two. For the majority of long-range hunters, the trade-off between range finding capabilities and a bit weaker optical performance is well worth taking. 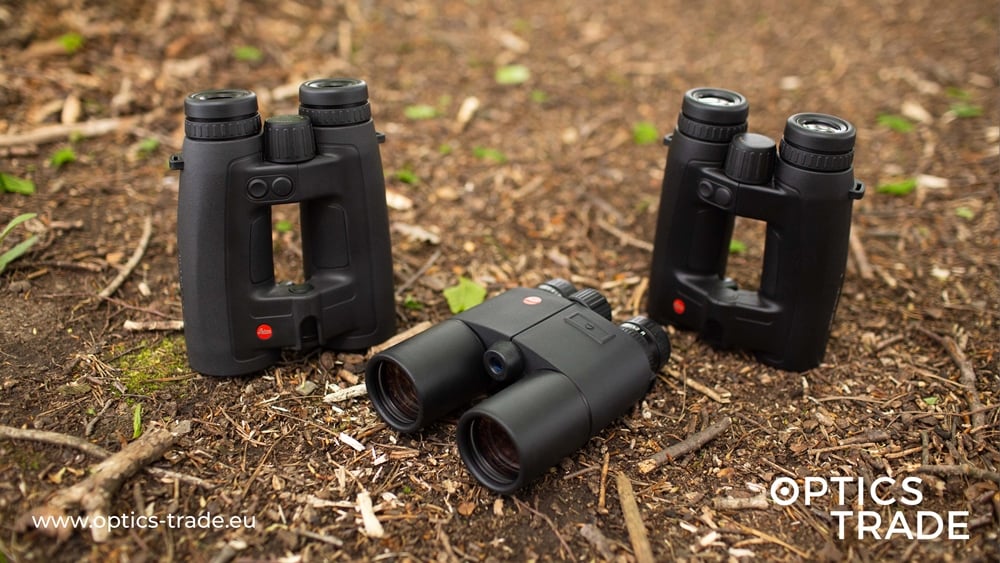 Rangefinders with Smartphone connectivity are very popular ever since Sig Sauer optics introduced their first rangefinder that was able to connect to a smartphone through Bluetooth. When shooting on a long distance (1000 meters or more), every small detail is essential. Smartphone connection enables the use of advanced ballistic calculators and the creation of the ballistic curve for a specific rifle.

Swarovski is currently manufacturing the Riflescope DS series. It is only a question of time when Swarovski will launch its series of rangefinding binoculars with this kind of technology.

There is no doubt that sooner or later, all manufacturers will have their line of rangefinding binoculars. The only question is whether the less demanding users need this kind of device.

Geovid from Leica was the pioneer of laser rangefinder binoculars, made in 1992. To this day, of course, there are already a few series of them. 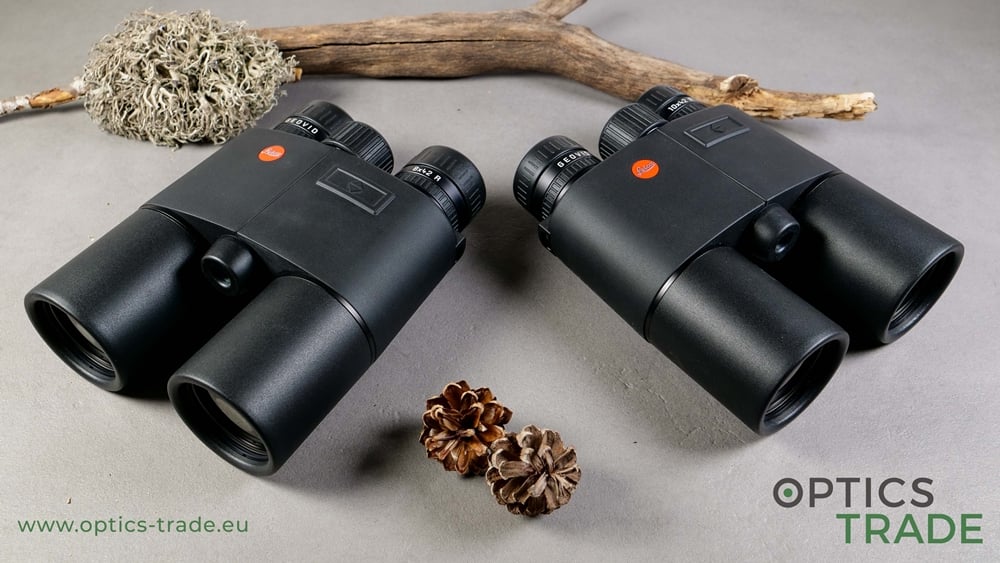 They are actually the only ones of this type with the Perger Porro prism system. Their first Leica Geovid had a 42 mm lens, and then many years later 56 mm models were developed, which again put them in the first place by uniqueness. They were also the first to offer a program of the user's own ballistic curve in the incorporated ballistic software- Zeiss was the second in a row that made it possible. If you are interested in the history of Leica Geovids, read more at the following link: Leica Geovid History

When Leica company started to produce their first series of rangefinder binoculars, Zeiss was the first to follow their lead.

Information regarding wind speed, air pressure, temperature, bullet speed can also be put into the calculation. When a personalized ballistic profile is made, the Hunting App and binoculars synchronize. 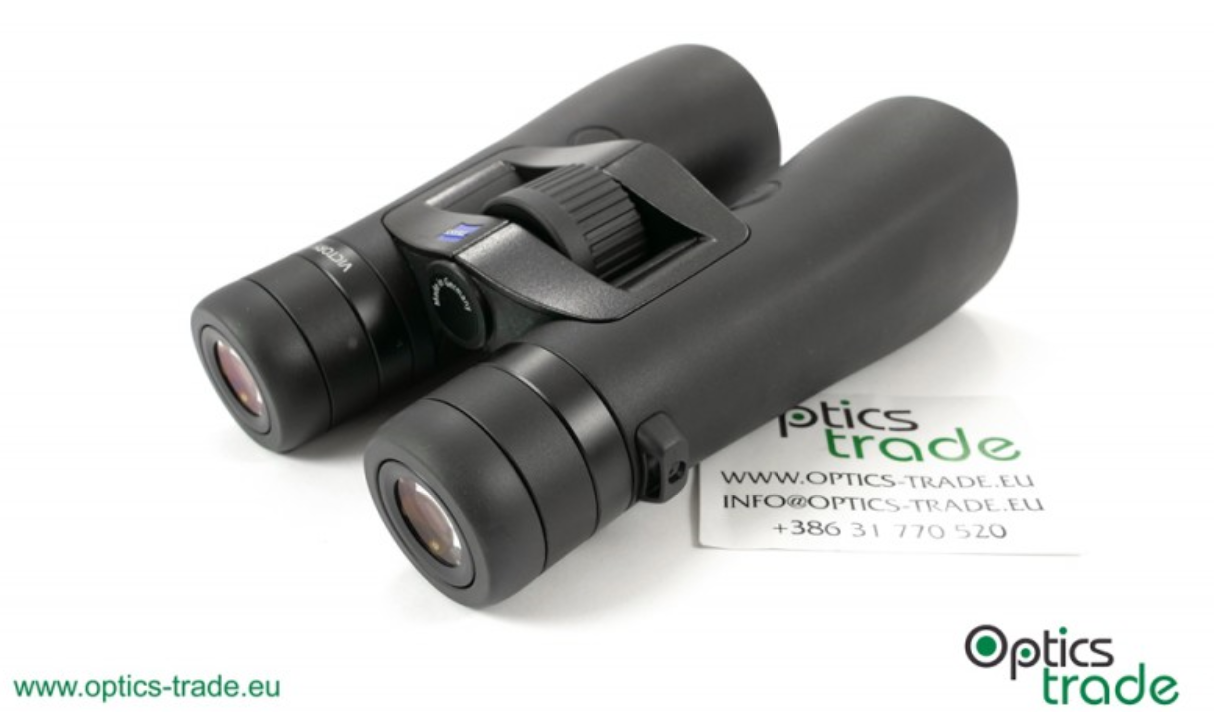 Like Zeiss, other manufacturers started to develop ballistic calculators. Still, the optical performance of these devices can not compete with Zeiss. The appearance of Victory RF is also unique. Zeiss is the only manufacturer that managed to hide the rangefinding elements under the surface and blend it with the whole look. The design has a typical, and classic "Zeiss look" except for two buttons on the upper side of the binoculars.

The model that we need to highlight is the Swarovski EL Range Rangefinder with exceptional optical performance and SWAROAIM electronic integration. It has an inclinometer that calculates the distance and the equivalent horizontal distance with laser measurement and helps to correct the ballistic turret or reticule. Swarovski EL Range is also extremely compact and has the same light transmittance and the same color fidelity in both barrels, which is usually the problem of rangefinder binoculars. Their rangefinding binos can also measure through the glass which is a great improvement. 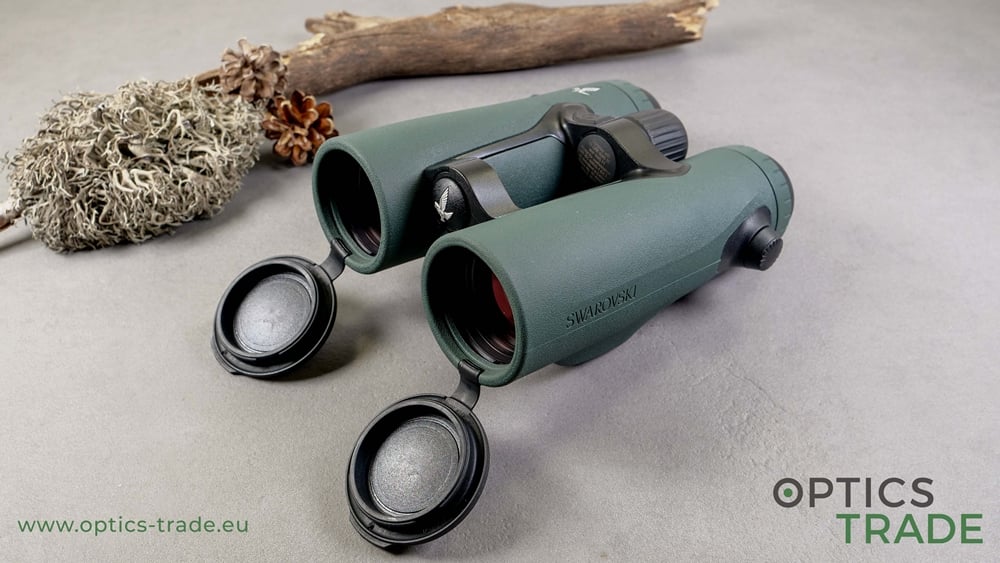 Besides the 8x30 model, Steiner also produces 10x30 and 7x50 rangefinding configurations of binoculars. All three models have a Porro prism system and a very powerful laser, measuring up to 1,700 m. 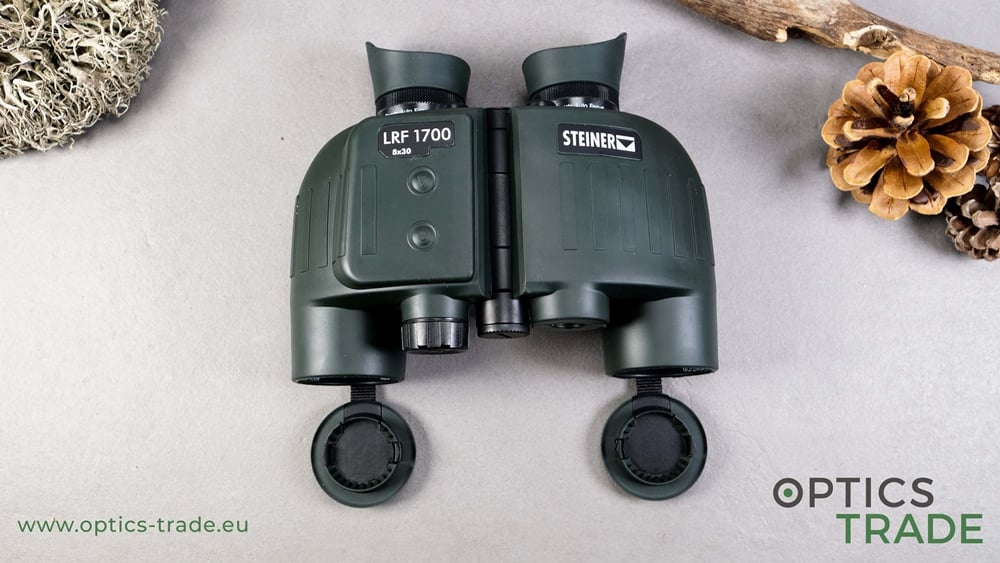 Steiner makes most of the optics for military and police use. These binoculars are very compact, high quality, reliable, and extremely durable.

They are mostly used throughout the day and therefore the configuration 10x42 is very suitable as these binoculars are usually used for watching on longer distances. 10x42 rangefinding binocular work very well for shooting at targets during the day and are very convenient for hunting in the mountains or for safari, both with strong daylight. They fade faster in low light compared to the 8x42.

For low light use, it is important that the binoculars have a 54mm or 56mm objective lens, which is currently manufactured only by Leica and Zeiss (rangefinding included). 8x56 and 15x56 models by Leica and 8x42, 10x42, 8x54, 10x54 models by Zeiss, which are all suitable for use in low light conditions. Leica's models, however, have the advantage of having a Perger Porro prism that has a higher light transmittance. In general, most likely, these laser rangefinder binoculars will never be as bright as the ones without them, because the display in the field of view and the rangefinding system degrades the light transmittance.

You can watch the entire Low Light Binoculars BUYING GUIDE below

Since Leica was the first to enter the market of rangefinder binoculars with their Geovid series, they do have a bit of advantage over Swarovski and Zeiss. It is hard to say which one of these three manufacturers produce the best rangefinders because the differences between them are minimal.

Pros and cons of Rangefinding Binoculars

The fact is that Leica, Swarovski, and Zeiss optics currently have top rangefinding technology, and no other manufacturer can match that at the moment.

A short presentation of LRF Binoculars is available here.