Riflescopes magnify images, allowing the shooter to carefully inspect the target, while a red dot sight is perfect for a quick target acquisition when shooting at short distances.

In this category, there are mounts that allow the use of a riflescope and a red dot sight in a single setup.

Advantages of combined use of two optical devices

Most mounts found in this category are either rings or parts of rings with an integrated red dot sight mounting standard. The standard is specified in the mount’s name – mostly, one of the familiar red dot mounting standards is listed such as Docter Sight, Aimpoint Micro, C-more RTS, Shield RMS/SMS, Trijicon RMR.

Some manufacturers, such as Spuhr and Recknagel, provide rings with an interface that is then further paired with an adapter plate.

How to mount a red dot sight on a riflescope

There are two ways of mounting a red dot sight on a scope tube: 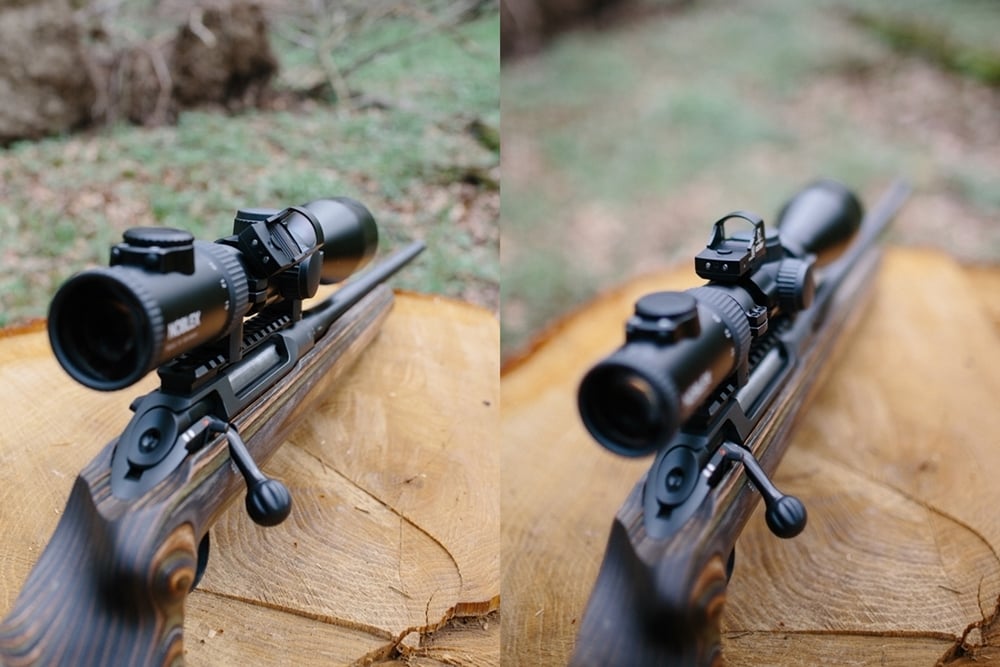 Even though the mounting style depends on the user preference, having a red dot sight mounted on top of a riflescope is generally more popular among hunters.

IPSC shooters, for example, generally prefer to have the red dot sight mounted at a 45° angle.

Red dot mounts for a scope tube are almost exclusively made from aluminium.

They are produced by: