Cantilever mounts look different, comparing to the others. The expression ("cantilever") itself is explained as a rigid structural element that extends horizontally and is supported at only one end. This is also in common with the cantilever scope mounts. They actually are supported only at one end and look this way. These mounts are useful where there is not enough of rail to mount a scope on it. If the rail is too short for a whole scope mount, cantilever mount can be used. These mounts extend the needed space (missing piece of the rail, basically) and help getting the scope enough forward, so that a shooter can get enough of eye relief. Of course there are also rifles that have Picatinny rails around barrel. However, all of them are not like that and some have M-loks or some other form of the handguard around the barrel and this means that regular mounts cannot be used. Mostly, they are made of aluminium, because of the lighter weight, compared to steel mounts. 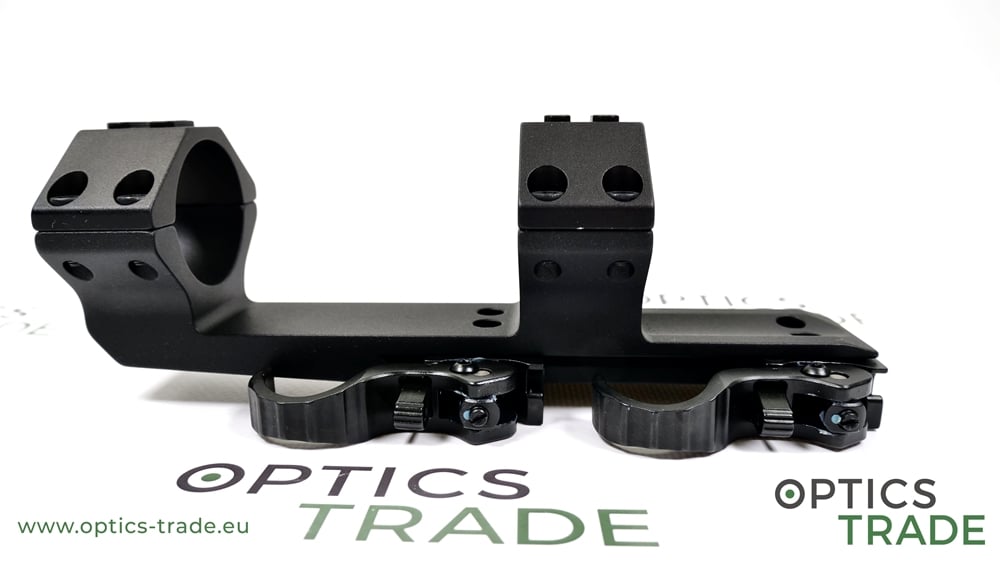 Cantilever mounts are used only with AR platforms, usually with design of the AR-15 rifles but they also work on AR-10 and others. Ergonomy of the AR rifles and their high, flat stocks are the reason why they have to have at least 22 mm of height (BH – build height), otherwise the shooter would not be able to see through the scope.

These mounts are made as one-piece mount and are pushing the scope forward and allowing more rail space at the rear end of the optic.

Normally, wide angle rifle scopes with following magnifications are used on these rifles: 1-4x, 1-6x, 1-8x,... In the past, these mounts were available only for scopes with 30 mm tubes. Nowadays, this is not the case anymore, because there is a variety of scopes with different tube diameters available on the market. Mounts for 1 inch, 34 mm, 35 mm and even other scope tube diameters can be found.

When scope is mounted on such mount on a AR-15 rifle, it looks like a mount sits more over the barrel than the receiver. Receiver is not floating, so this is the only possible place to mount a scope. Cantilever mounts are normally extended in the front end for 2 inches, some of them even for 3 inches. When mounting such mount, it is extremely important that mount is installed and screwed only on the receiver. There are some handguards on the market that looks like the extension of the receiver because of the Picatinny rails on top. We shall not use this extended Picatinny rail for mounting cantilever mounts, because receiver and handguard are two separate parts of the rifle and if we use them both, stress and strains in at least one direction will appear. This means that mount will fail eventually. It is also important to know that design of a cantilever scope mount and attaching the scope on it, might change the balance of the rifle. It might make the rifle more front heavy.

Read more about Cantilever mounts on AR Rifles in our article: Why Use a Cantilever Scope Mount on AR rifles?

Rings on these mounts are normally using four screws and rings are normally divided 50:50 (upper and lower part of the ring, tightened with screws), which is common on tactical rifles. 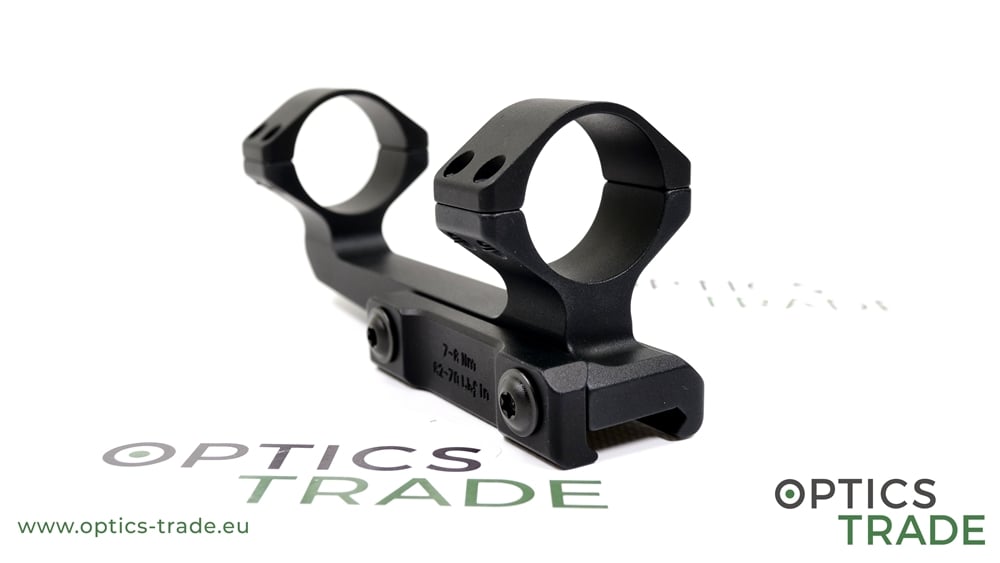 On the market, even quick release cantilever scope mounts can be found. They are more expensive and must be made of high quality materials, but they can make your rifle much more fun. Choosing and selecting multiple scope options with tactical or sport rifle can be much more exciting and it surely widen the possibilities of using a rifle. On the other hand, tactical rifles are used in harsh environments and in tough conditions, which is the main reason why mounts have to be really rigid and robust. Robustness definitely goes in favor of fixed mounts. These mounts simply do not have moving or gentle parts that can fail in critical situation.

Sadly, having enough of the material that protrudes the mount on the front end, also means that these mounts are usually higher than other Picatinny solutions.

There are also cantilever mounts for railed scopes on the market, although they are rarely used. Examples of this type are produced by EAW or INNOmount.