Handgun scopes are similar to rifle scopes in their design, with the main difference being much longer eye relief.

Standard riflescopes usually require the shooter’s eye to be at around 80–90 mm from the ocular, whereas pistol scope have 30, 40, or even 50 centimeters of eye relief.

Other notable features of pistol scope are a 1-inch tube and small size/mass. 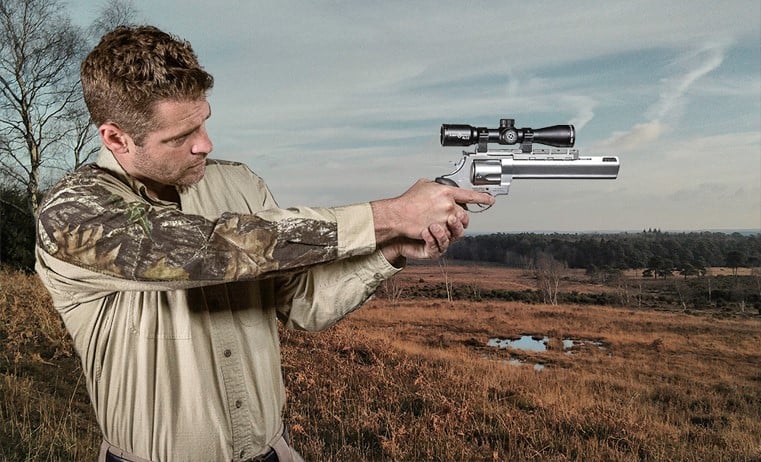 The parallax on a handgun scope is fixed at somewhere from 25 to 50 m.

Pistol scopes are known for their generous eye-box (standard riflescopes usually require the shooter’s eye to be at around 80–90 mm from the ocular, whereas pistol scopes come with an extended eye relief of somewhere between 400 and 600 mm).

As pistol scopes are often mounted on revolvers which are known for their substantial recoil, it is also important that they are shockproof and durable.

The main difference between handgun scope and scout scope is in the parallax setting: 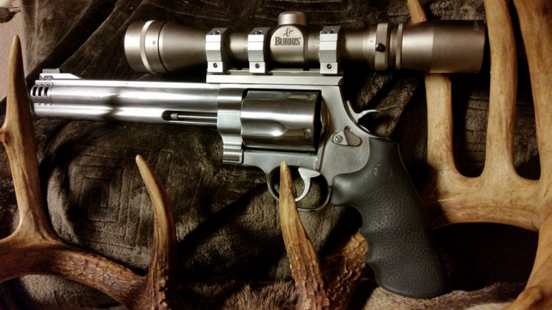 Mounting of a scope on handguns

Pistol scopes are most often mounted on revolvers. Sometimes, they are mounted on a pistol with an installed Picatinny rail.

The scope can be mounted on a special kind of rifle called a scout rifle.

The scope is mounted on the barrel, right in front of the action. Even though this is possible, scout rifle owners usually opt for a scout scope.

Why are many pistol scopes silver?

These scopes are commonly mounted on revolvers. Most revolvers on the market are silver – a silver handgun scope and a silver revolver are a perfect match. 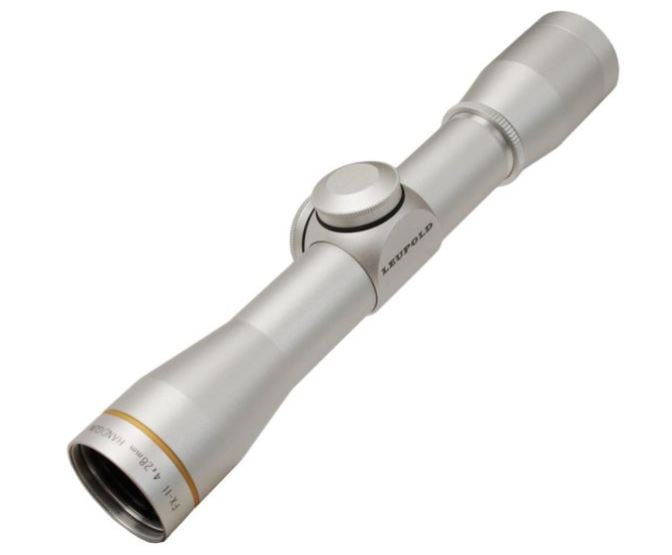 The most popular brands of handgun products are: