Picatinny rail consists of slots with 5.23 mm spaces between one another, which means that it can be used across its entire length. It is simple to mount and interchangeable – if something is made for a Picatinny rail, it will fit regardless of the manufacturer or manufacturing date. It is affordable, resilient and reliable – this is why it so commonly used by professionals and military. Because of all its great qualities, Picatinny rail has been dominating the rail market in the recent years.

EAW is a German company, known for producing top-quality mounts. Their Picatinny rails, which are all made from steel, have a nice finish and come with a unique channel in the middle, allowing the user to clearly see the rifle's sights. Screws are included. EAW chooses only the best materials for their products. All of these great features; however, come at quite a steep price.

Sauer, founded in Germany, has been producing firearms since 1751 – it is the second oldest manufacturer of firearms in the world. One of their most known firearms is Sauer 38H, an advanced semiautomatic pistol that was produced in great numbers – it featured a cocking/decocking lever. They partnered with Swiss company SIG in 1976 – a new line of semi-automatic pistols was launched, branded SIG Sauer. SSG 3000 is a product of their joint effort.

SSG 3000 is a bolt-action push-feed rifle made for only one caliber: .308 Win. (7.62x51 mm NATO). It operates on a five-round magazine. The action is solid, durable, and mated to the stock at the rear. Its ejection port is of a closed design, unlike the open style actions typical for Remington. It is designed with great precision as the bolt operates very smoothly. There are six locking lugs on the bolt – these are aligned into two rows. New models have Picatinny rails integrated while the old ones don't.

Rifles Sauer SSG 3000 and 200 STR have actions of the same dimensions, which is why they share the same mounts. 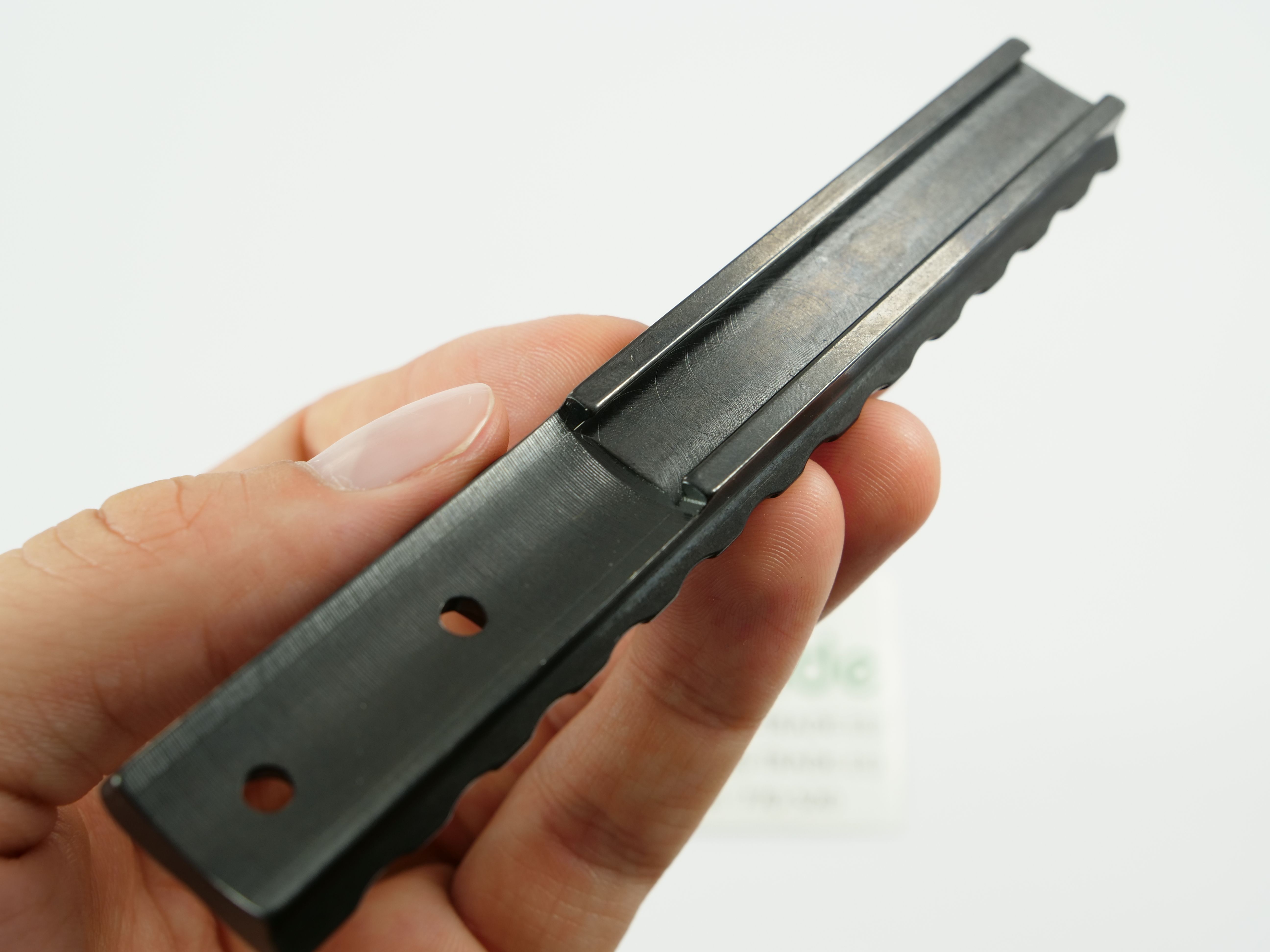 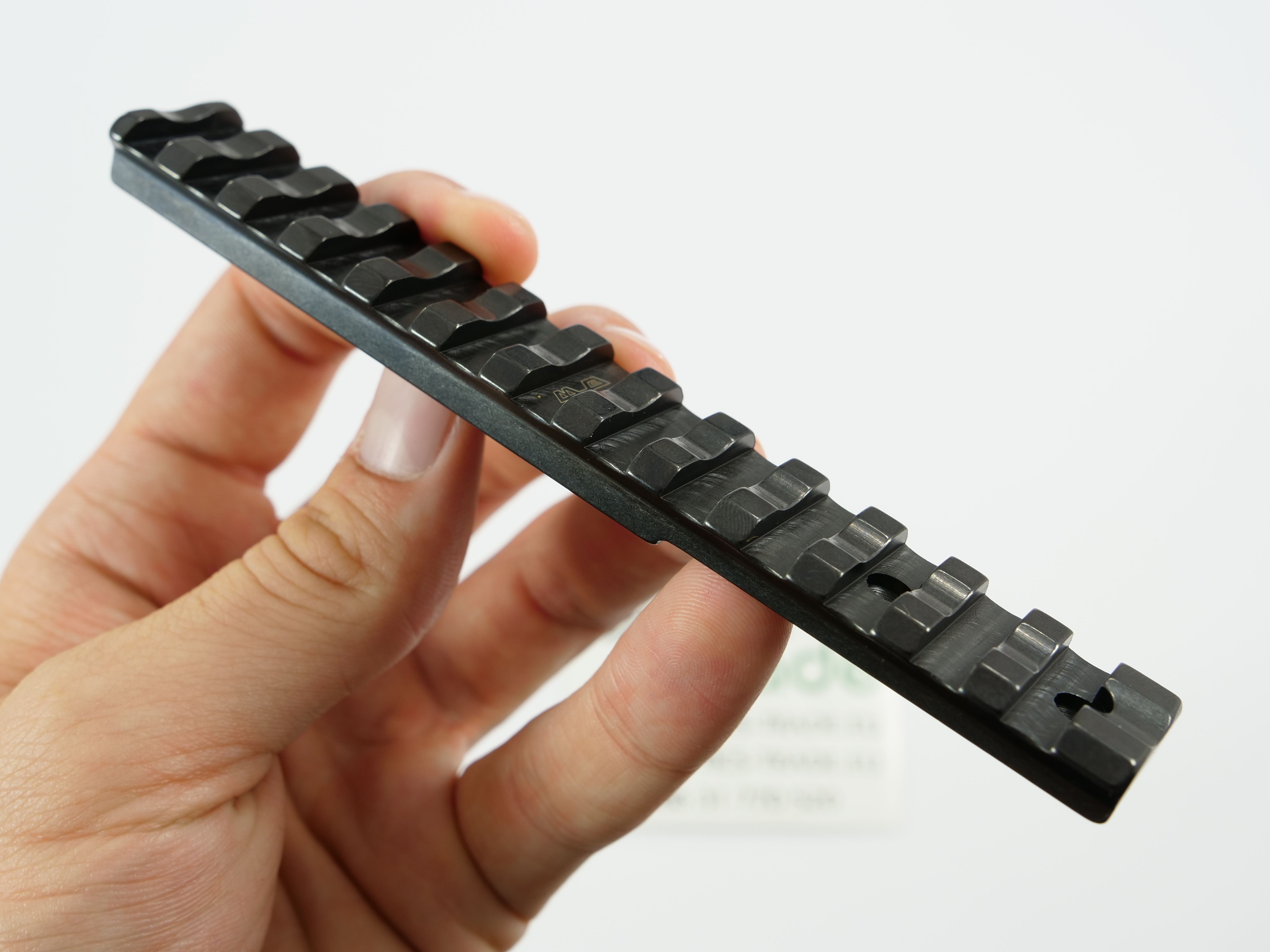 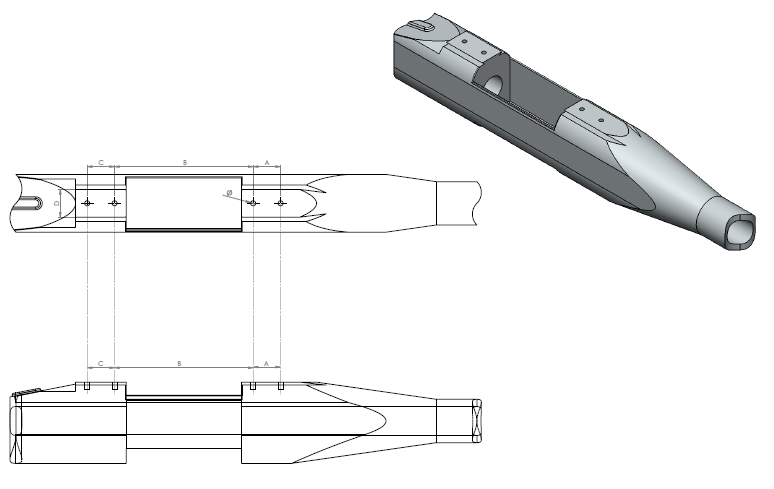 Remove all the stains (grease, oil etc.) from the rifle's receiver with a cleaning fluid (acetone). Once the surface is clean and dry, check whether the screws match the rail and the holes on the receiver. Make sure that the Picatinny rail is compatible with the rifle by inspecting the mounting holes on both. Before mounting the rail permanently, apply a minimal amount of thread-locking fluid 278 or 648 on screws and contact surfaces. Be careful not to get the fluid in or near the mounting holes. Carefully clean the remaining excess fluid around the rail with a cleaning fluid. Using a torque driver, screw the screws appropriately (up to 2.2 Nm) – do not overtighten.

The product has a warranty period of 30 years.