Dovetail is a special platform on rifle's receiver, which enables installment of mounts for various rifles. This unique design is notched onto the rifle's receiver, barrel or slide. 13.5 mm Dovetail is designed on some Combination rifles and also on some Rimfire rifles. For example: CZ 584, Tatra, Brno 2 and other similar rifles.

For a better hold on the rifle, upper side of the Dovetail is wider than lower side. Dovetail dimensions are measured at the upper side, which is wider, in our case 13.5 mm. Generally, Dovetail design offers a possiblity of mount installment without screws going into the receiver. Scope mounts simply clamp on the Dovetail, with sufficient force so there is no movement during recoil. Dovetail slopes are at an angle of 30 degrees. For a more clear understanding, please see the attached image below. On Combination rifles, 13.5 mm Dovetail is usually designed in length of approximately 5 cm at the top of the barrels Dovetail style (for example CZ 584). As for Rimfire rifles, 13.5 mm Dovetail is designed with two separate Dovetail parts (for example Brno 2). 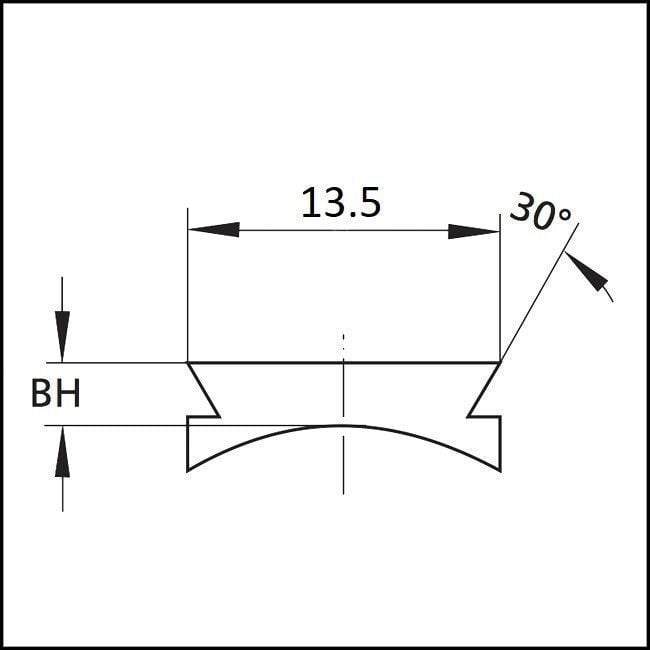 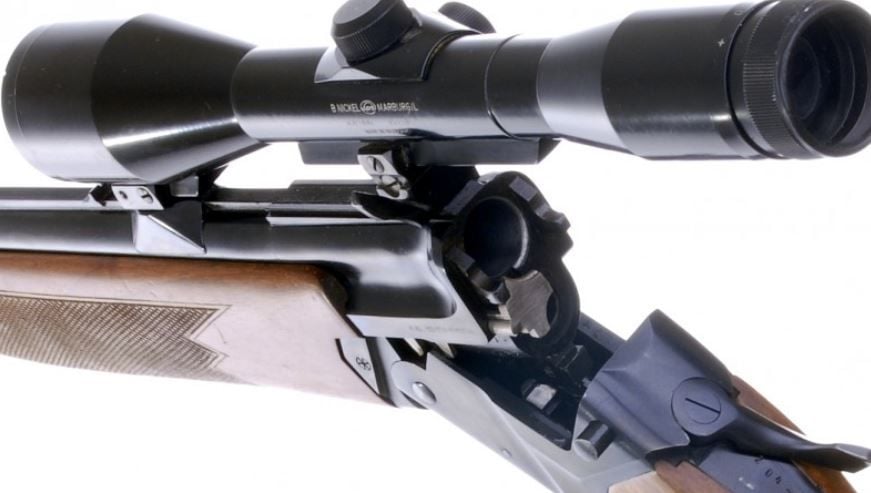 Fixed two-piece ring mounts cannot be detached from a rifle without the use of tools. They come at an affordable price and offer high reliability. Generally, they are not difficult to install on a rifle. Fixed means that the user cannot quickly detach and therefore switch scopes, which limits the usability of the rifle. Fixed ring mounts for 13.5 mm Dovetail are exclusively produced in one fashion, which are - direct rings with 13.5 mm clamps and Simple rings are cheaper and easier to manufacture, while more advanced rings with separated ring and base part are more expensive, but usually offer a possibility to adjust scope's windage on the mount itself. Some manufacturers also produce one-piece Monoblock mounts for 13.5 mm Dovetails.

We can group fixed ring mounts for 13.5 mm Dovetail in the following groups:

For 13.5 mm Dovetail, there are only One-Piece Hunting Monoblock mounts availiable. These mounts are highly elegant and appealing. For Combination rifles, One-Piece Fixed rings mounts are designed as back – facing cantilevers.

Detachable Rings mounts are designed with simple metal levers, which are used for quick remove from the rifle. These mounts straightforwardly clamp on the 13.5 mm Dovetail. Final position of the levers can usually be switched without the change of the clamping force on the Dovetail. This offers a posibillity to adjust the position of the levers for a better visual appeal (both levers pointing in the same direction), once the mount is positioned and fixed on the 13.5 mm Dovetail. For 13.5 mm Dovetail Detachable One-Piece mounts are designed as back – facing cantilevers (Combination rifles only). Usually, Detachable Mounting options are designated as QR (quick release) or QD (quick detachable) abbreviations.

Detachable Scope Rail mounts are usually composed of two-parts. Lower part of the mount clamps on the Dovetail, while the upper part clamps on scope rail. There are four different Scope Rail mounts available. Which are: LM rail, Zeiss ZM/VM rail, Swarovski SR rail and S&B Convex rail. Ordinarily, they are designed with windage adjustment incorporated in their design and are commonly more expensive. For 13.5 mm Dovetail Detachable One-Piece mounts are designed as back – facing cantilevers (Combination rifles only). Usually, Detachable Mounting options are designated as QR (quick release) or QD (quick detachable) abbreviations.