What is a Picatinny Rail?

Let´s refresh our memory of what a Picatinny rail is. It is a mounting rail, first manufactured in 1992 for the US military's purposes. It was originally used for mounting scopes, bipods, foregrips; laser, light, and optical devices, but mostly for mounting riflescopes on larger caliber military sniper rifles.

Picatinny rails are increasingly used on hunting and competition rifles. They have become one of the most used mounts on the market. More and more modern hunting and sporting rifles have rails already pre-installed on the action. The material from which the rail is made is aluminium or steel.

Looking for a Picatinny Rail? 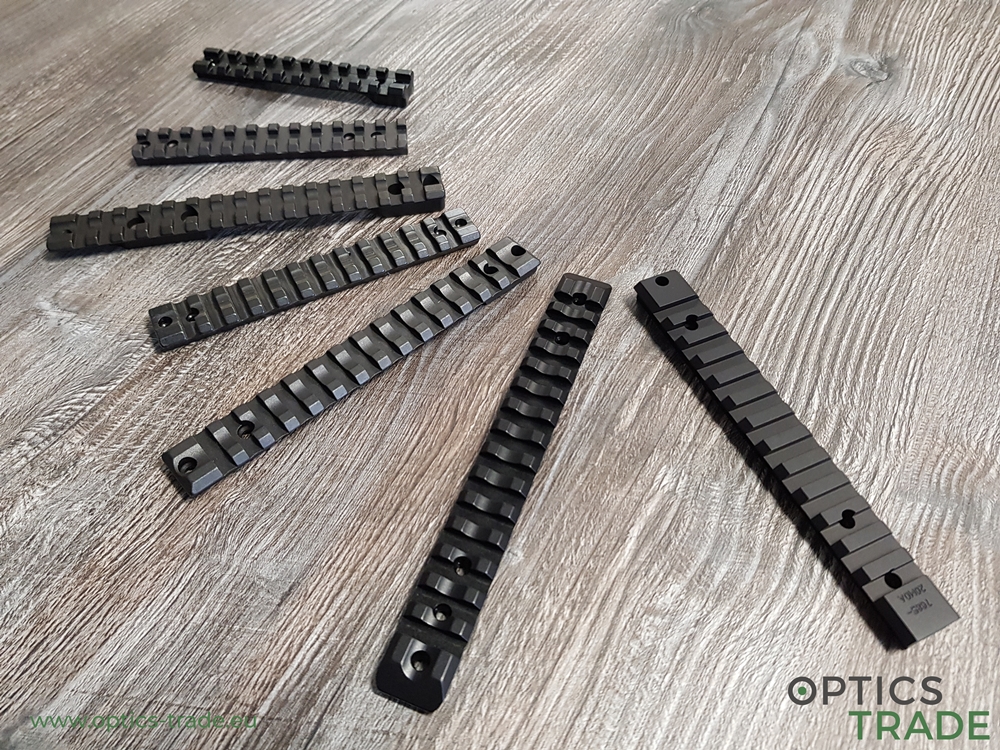 Which Rail to Choose? Aluminium or Steel Model?

Picatinny Rails made of steel are produced by various manufacturers. Some of the most popular among them are: 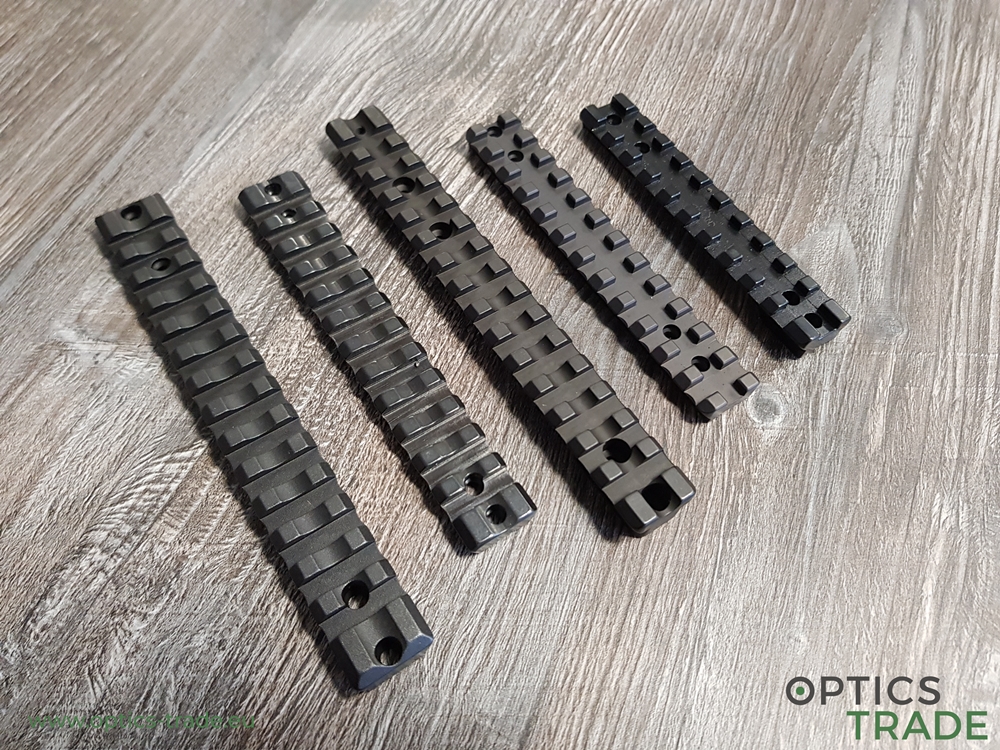 One of the most popular aluminium picatinny rails are made by: 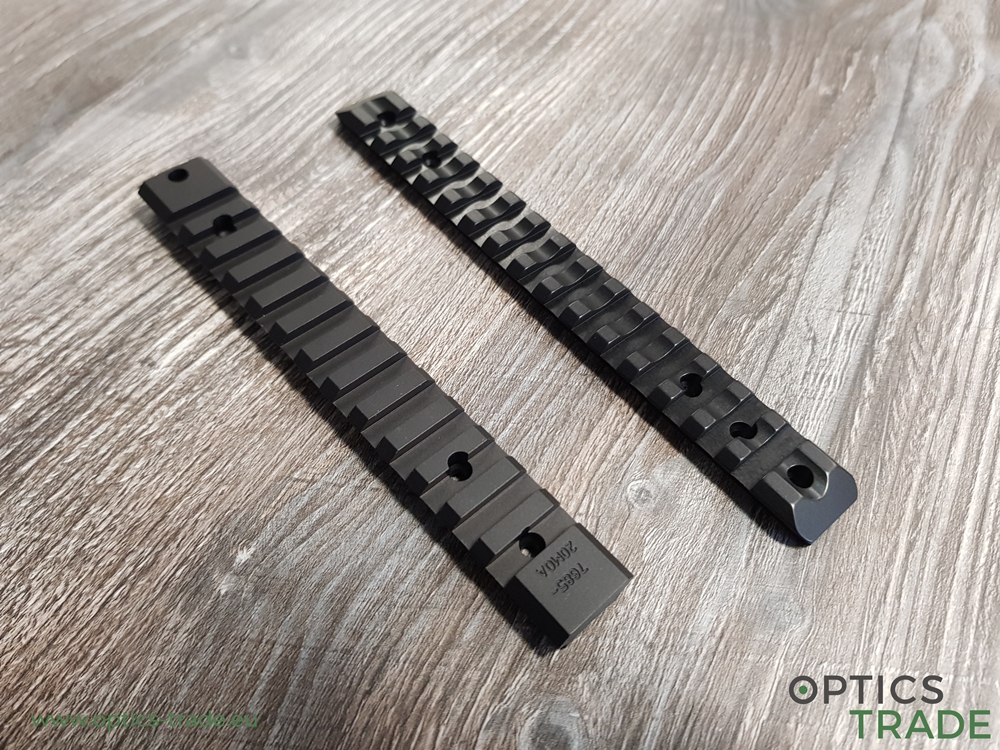 If the weapon is used at extremely low or high temperatures, or if there are significant temperature changes, it is advisable to choose a rail that is made of the same material as the rifle action.

Because aluminum and steel have different thermal expansion coefficients, uneven expansion can occur at large temperature changes, which can lead to loosening of the adhesive and fracture of the screws. At normal temperatures, there is no such problem and we can combine both materials.

It is important that we don´t install steel mounts on an aluminium rail, because experiences have shown that rails can erode, which can then affect precision. Damage and erosion can also occur when the optical devices are repeatedly removed and installed on the rail. 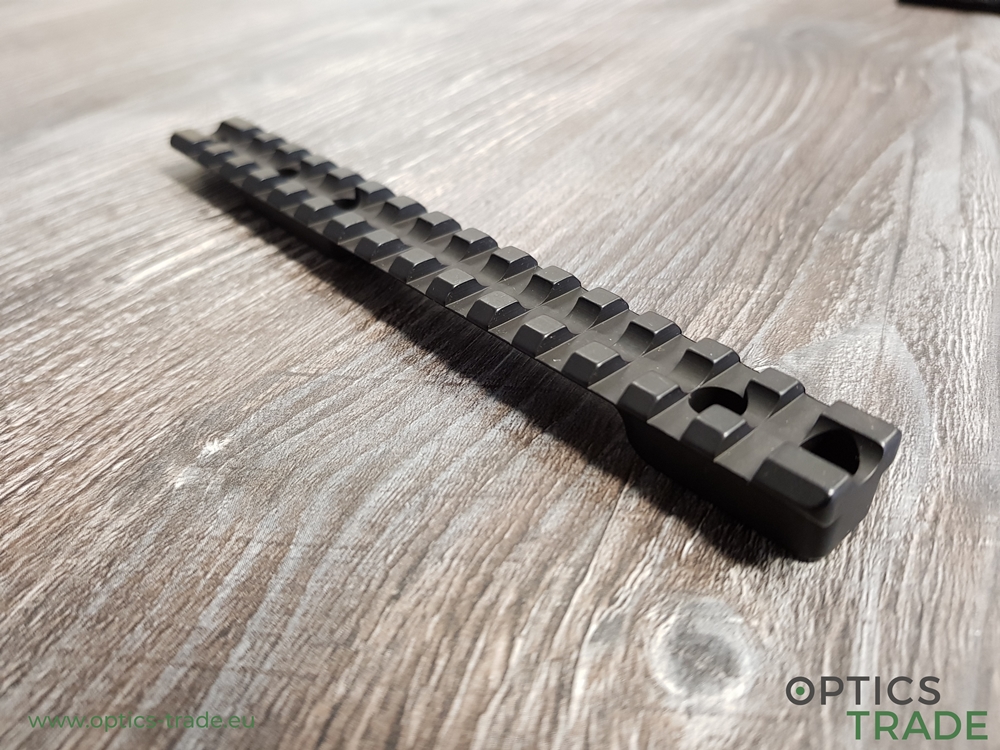 Different Qualities of Materials and Design

Aluminium rails are made of different qualities of materials. Rails made of the 7075 alloy which is also used in aviation and astronautics, are of the best quality. They are distinguished by high hardness, toughness and corrosion resistance. By choosing the rail with a 7075 alloy, we avoid a chance of damage and wear. Judging by technical specifications, they are similar to steel rails, although lighter. 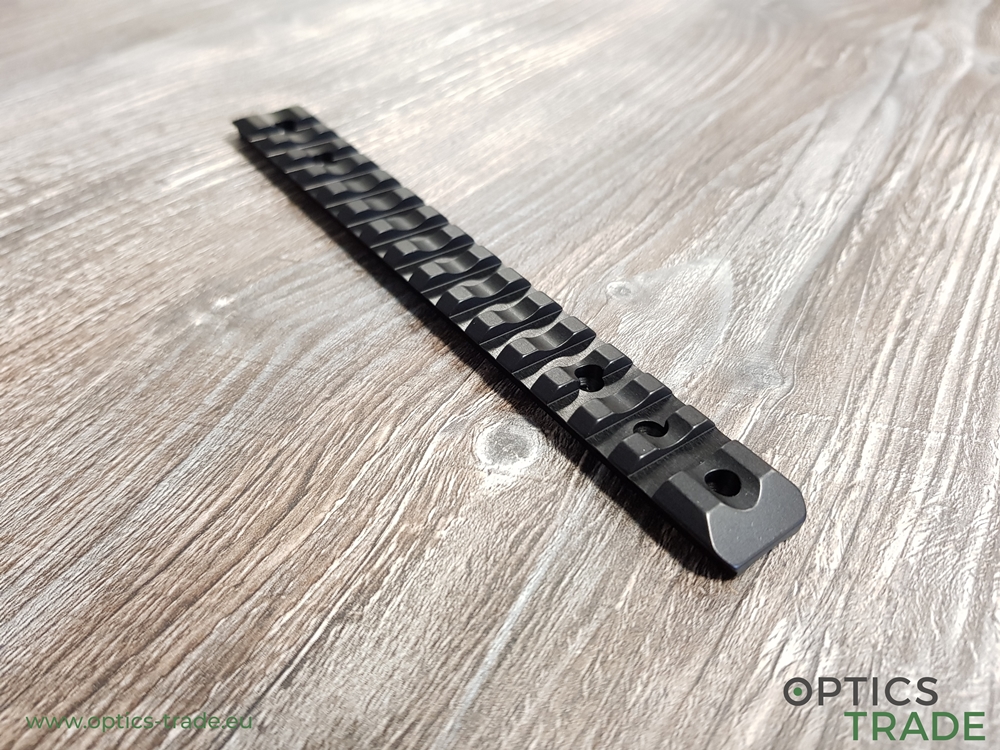 In principle, aluminium rails are less expensive than steel rails, but I recommend paying more attention to the usefulness and purpose than the price. 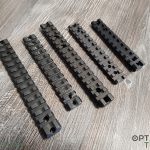 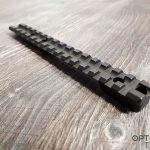 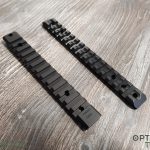 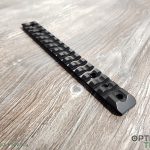 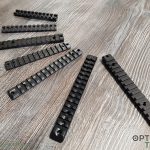