Only a few decades ago, riflescopes were considered a rare piece of hunting equipment, as, after the end of World War II, the prices of these optical devices were almost unimaginably high. With the progress of serial production and the rise of more manufacturers, the prices of riflescopes have dropped significantly. Today, it is only on a rare occasion to come across a modern centerfire hunting rifle that is not equipped with a riflescope. Namely, the riflescope significantly improves the accuracy and the efficiency of the shooter’s range when compared to the rifles equipped with only traditional iron mechanical sights. In fact, the riflescope even raises the level of hunting ethics, as its use has significantly reduced the number of trailing wounded game and remains a must-have in every hunter’s equipment.

Eye relief refers to the distance between the eye and the ocular of the riflescope. It is an important feature as with stronger, Magnum calibers the recoil of the firearm can cause the shooter injuries if the eye relief distance is too short. Modern riflescopes have an eye relief distance of 90 mm on average, as this assures that no damage will be caused to the shooter’s face no matter the firearm caliber and the aggressiveness of the gun recoil. For strong African calibers specifically, riflescopes with an eye relief distance of 120 mm or more are available. Quality riflescopes have a broader range in which the shooter’s eye is in the optimal aiming position and are, when combined with a larger exit pupil, more user friendly. The expression eye–box is used to describe this feature, which simply means that better riflescopes allow greater discrepancy between the shooters aiming eye and the ocular, while still allowing a clear sight picture and accurate aiming. This eye position discrepancy is otherwise measured as the distance from the optimal eye position from the riflescope ocular and the optimal eye position regarding the true riflescope centerline. Modern riflescopes usually allow the shooter to change and adjust the diopter of the riflescope by turning the ocular. This allows the shooter to adjust the sharpness of the reticle or crosshairs. The easiest way to adjust the riflescope to correct the diopter is to aim the riflescope against a solid-colored background (a cloudless sky or a white house wall is quite appropriate) and observe how sharp the picture of the reticle while turning the ocular is. This function of the riflescope is commonly called the fast focus.

Field of View and Light Transmission

The Reticle and the Focal Plane

The reticle, which is the aiming point within the scope, is what sets riflescopes apart from other optical devices. It serves a specific purpose. All other optical devices, such as binoculars, spotting scopes, and telescopes are intended for observing distant objects, while riflescopes are intended for aiming at these objects. Today, most of the riflescopes’ reticles are made so that the reticle is on one of the lenses, and the viewer sees it exactly in the middle of the riflescope’s field of view. In the past, wire crosshairs were common, and they could be adjusted inside the riflescope’s field of view, which in turn also meant they could be outside of the true center of the riflescope. Common European hunting reticle types are shown in Figure 1.

When choosing a reticle type for a hunting riflescope, not only the reticle type but also the focal plane in which the reticle lies in – is important. The light passes through the riflescope’s lenses in such a way that it intersects in two focal plains as shown in Figure 2.

Riflescope Turrets for Adjusting the Reticle

Virtually all modern riflescopes offer adjustments of the reticle in such a way that when the scope is mounted on the rifle, the point of aim and the point of bullet have the same impact on the target. Practically no riflescope mounts can be made so precise that the mounted riflescope would require no sighting-in. Usually, fine adjustments are needed. These adjustments are done with two turrets, namely one for windage (horizontal adjustment) and one for elevation (vertical adjustment). The top turret is for adjusting the elevation and the side turret is for adjusting the windage. Hunting riflescopes have turrets protected with caps or covers which protect the turret mechanisms from moisture, dust and other physical damaging factors from outside that could ruin the operating of the mechanisms. The turret cap function is to make the turret mechanism water, fog, and shock-proof. Turrets are, in fact, turnable knobs that are spring-loaded and offer micro-adjustments of the riflescope’s point of aim. Each separate adjustment is a click. Each click moves the bullet impact in a direction engraved on the turret as shown in Figure 4.

Parallax Discrepancy and Systems for Adjusting the Parallax

Parallax discrepancy is a concept that is often talked about when discussing riflescopes, but hunters and shooters still know little about it and the reasons behind it. As it was described earlier – each riflescope has two focal planes. There are also two focal points where light rays intersect outside the riflescope’s construction. One such focal point is the eye position behind the ocular and the other is in the position of the target as shown in Figure 5.

Most hunting riflescopes are factory set to compensate for parallax and focus for an optimum distance of 100 m. At this distance, the target image is sharpest and what is even more important: the reticle is always in the same position on the target regardless of how far the shooter’s aiming eye is outside the riflescope optical axis. At all other distances, parallax discrepancy occurs, and adjustment is needed as aiming eye position outside the optical axis of the riflescope causes the reticle to move on the target. Parallax discrepancy is especially obvious and causes missed shots at shorter distances and at higher magnifications. Because of the latter, it is recommended to use riflescopes that allow adjustability of the parallax on rimfire and small-caliber rifles. At magnifications under 10x, parallax compensation is not needed, thus such riflescopes almost never have systems for adjusting the parallax. On the other hand, riflescopes with greater magnification levels usually have systems for adjusting the parallax that moves the position of the riflescope lenses in such a way that the distance of the focal point on the target changes. Most common systems are with a turnable ring on the objective – AO (Adjustable Objective) or with an extra turnable side turret knob on the left – SF (Side Focus). For general hunting use, it is seldom required to use riflescopes with a magnification greater than 10x, and it can also be stressful, as well as time-consuming for an average hunter to adjust the parallax before each shot. Similar to other riflescope functions, this also stands true for parallax adjustability: quality riflescopes have a smaller parallax discrepancy, and those of lesser quality have a greater parallax discrepancy.

Riflescope is an essential tool for a hunter and it greatly contributes to the ethical harvesting of game animals. Because of the latter, choosing the right riflescope is important and it mostly depends on one’s hunting methods. The quality of the riflescope’s construction is important as this affects the reliability of the riflescope and it means that the position of the crosshairs does not shift from shot to shot. It must enable the hunter to make an accurate shot even in low light conditions but also to give the hunter the confidence to make accurate shots in stressful situations. In general, for various types of hunting, the following types of riflescopes are recommended:

After choosing the right riflescope one must choose the quality mounting hardware as well. It is necessary that one practices with the setup rifle and takes enough practice shots on the target before going hunting, as only this will provide the needed confidence. As hunters, we strive towards fast humane kills. We owe that to our quarry. Only with practice and correct quality setup equipment can we prevent the wounding of game animals. 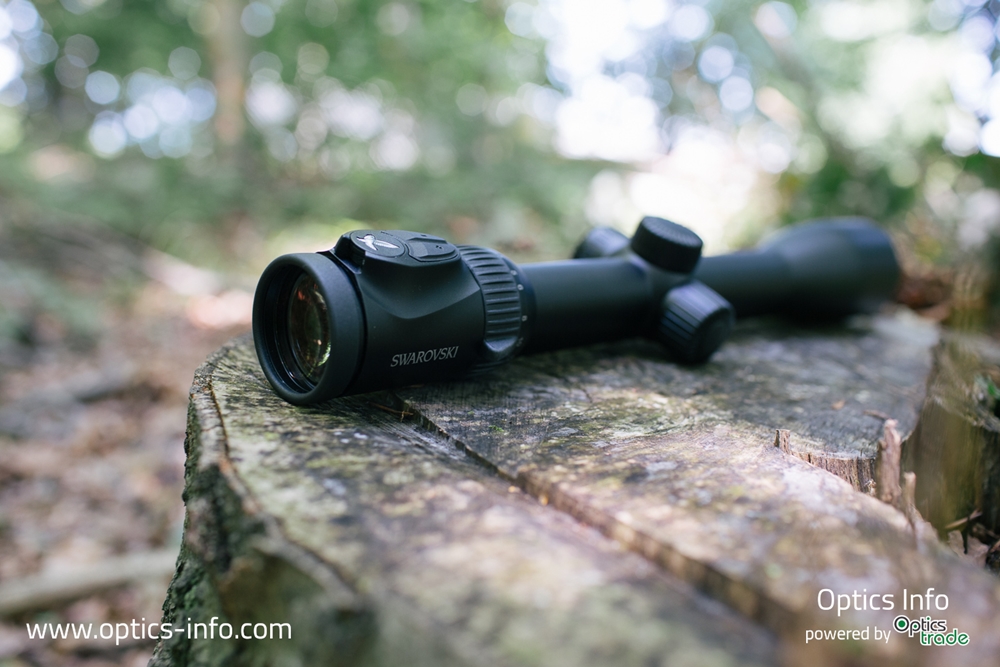 Article Name
Riflescope – The Shooters Aid for More Accurate Shots
Description
Riflescope is an essential tool for a hunter and it greatly contributes to the ethical harvesting of game animals. Because of the latter, choosing the right riflescope is important and it mostly depends on one’s hunting methods
Author
Teodor Štimec
Publisher Name
Optics Trade Blog
Publisher Logo