Where are Kahles binoculars made?

KAHLES is an Austria-based subsidiary of Swarovski Optik that primarily manufactures sport optics, such as binoculars, riflescopes, rangefinders, and red dot sights. Founded in 1898, the company has a lot of history and heritage associated with its current position in the sport optics market. The company’s manufacturing facility is located in Vienna, Austria where the business has existed since the very beginning.

The merger of Simon Plossl Company and Karl Fritsch’s workshop

Karl Robert Kahles, an Austrian optics manufacturer, established the KAHLES Company, which resulted from the merger of two Vienna-based optics manufacturers, the Simon Plossl Company and Karl Fritsch’s opto-mechanical workshop. Karl Fritsch’s workshop mainly produced one of the finest telescopes and microscopes at the time. Similarly, the Simon Plossl has been attributed to the design and manufacturing of microscopes and telescopes in his workshop which he established in 1823. Simon Plossl’s color-correcting lens system and the signature Plossl telescope eyepiece revolutionized the optics industry and many modern optics systems still follow his inventions to date. 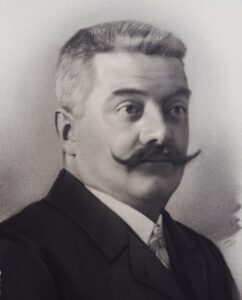 The company initially focused on the manufacturing of telescopes and binoculars for astronomy, but not long after its inception KAHLES invented the first riflescope in 1900 and is, therefore, recognized as the oldest producer of riflescopes in the whole world. The earliest riflescope, TELORAR, came in five different magnifications and it instantly became a favorite among hunters everywhere in Europe. After developing TELORAR, the company has patented a number of features of riflescopes that have since been used by many riflescope manufacturers around the world.

Not long after, the owner Karl Robert Kahles died unexpectedly in 1908 leaving the company to his sons, Ernst and Karl Kahles. The second generation followed the footsteps of the owner and ran the company with a focus on the pillars of innovation and quality. Consequently, the company unveiled the first HELIA-series riflescope in 1926. 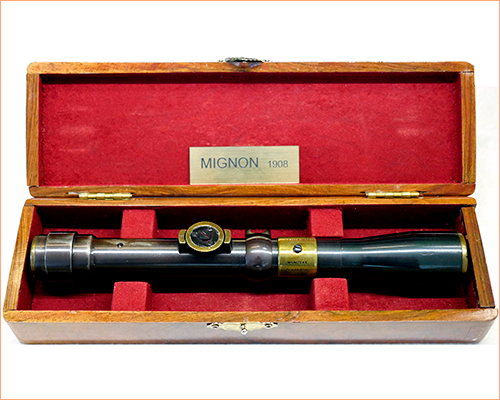 KAHLES manufacturing facility was directed to produce military-grade optics products, including binoculars and riflescopes for the German Wehrmacht from 1939 until the end of the war in 1945. Products manufactured during the Nazi regime were marked with the military code ‘CAD’.

During the war, the company had sustained great damage and a major redevelopment was inevitable to resume production. Friedrich Kahles III, a skilled physicist, took the job of bringing the company to its feet. Under his leadership, KAHLES reached new levels of success.

The success of the riflescope business overshadowed the fate of binoculars and telescopes at KAHLES. Although the company has long abolished the production of telescopes, they have intermittently tried their hands at producing binoculars throughout their history. 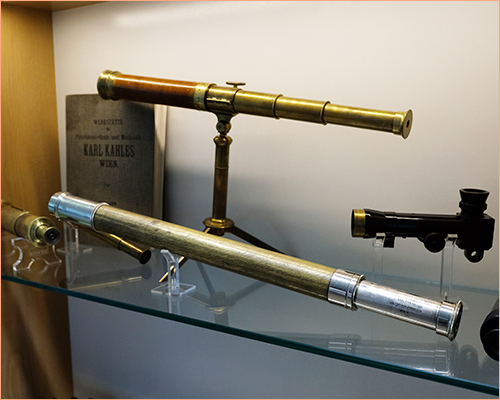 KAHLES produced the first binoculars around the same time as the legendary TELORAR riflescope in 1900 and since then, the company has made binoculars from time to time. In 2000, the company resumed the production of viewing devices with a premium line of binoculars. Initially, they were produced at the Vienna factory and the company did not give them a proper model name. These binoculars were just marketed as KAHLES 8×32, 8×42, and 10×42, but they are no longer in production anymore.

Only some years ago, the company has restarted the production of binoculars, but this time the business is based on an outsourcing model and the binoculars are not produced in Austria anymore. 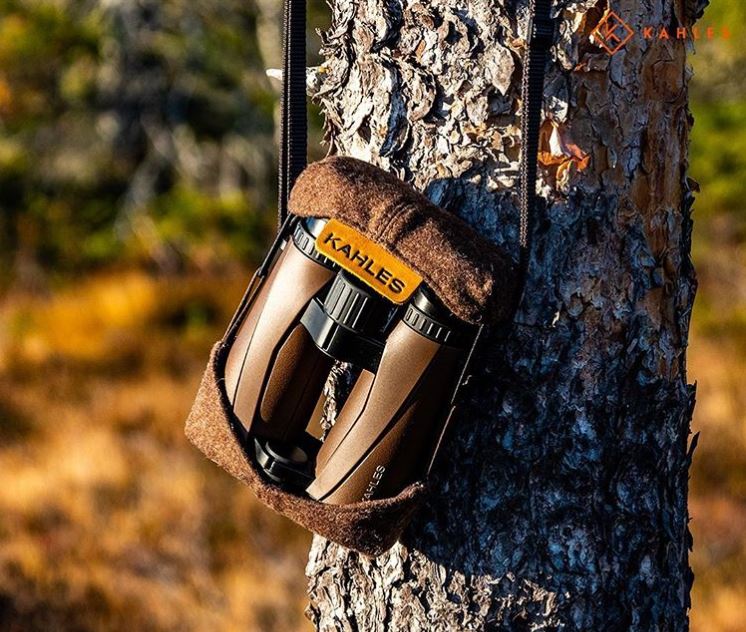 Following the immense success of the riflescope business, another Austria-based optics manufacturer Swarovski Optik of the Swarovski Group of Companies acquired KAHLES in 1974. Being the pioneer in riflescope technology, the KAHLES brand boosted the Swarovski’s riflescope technology. Following the death of Friedrich Kahles III in 1977, the KAHLES brand was acknowledged as a branch of Swarovski Optik, but the company was declared a separate business entity in 1989 considering its popularity among the masses.

KAHLES unveiled a new factory in the town of Guntramsdorf in the Lower Austria state near the city of Vienna. The factory was designed to be a “green” facility with a lot of consideration towards protecting the environment. Since the company is a subsidiary of Swarovski Group, KAHLES maintains close cooperation with Swarovski Optik regarding the design and manufacturing of riflescopes, rangefinders, optical sights, and binoculars.

Presently, the Guntramsdorf factory primarily deals in the design, manufacturing, and servicing of riflescopes, rangefinders, and red dot sights. The production area at the factory is temperature-controlled and features multiple 5-axis CNC machines that are used for manufacturing the outer body of the riflescopes from metal alloys.

Close connection with the Swarovski Group allows KAHLES to procure some manufactured parts, such as glass components from Swarovski Optik to streamline the production of riflescopes. The assembly and servicing operations for riflescopes are still carried out at the Guntramsdorf factory. The assembly area is atmosphere-controlled to protect riflescope assemblies from contamination. Austria-made components are proudly labeled “Made in Austria”.

The KAHLES binoculars are not manufactured in Austria anymore but their production has been outsourced outside of Austria to factories in China and Japan. The outsourcing business model has been in use in all major US-based optics manufacturers, especially Vortex Optics. Cheap labor and manufacturing costs are usually the main reasons for outsourcing production.

Although not very popular in Europe, this is not the first time a European optics manufacturer has completely outsourced the production of binoculars outside of Europe. Zeiss Optics has outsourced the manufacturing of its Terra ED line of binoculars to factories in China. Similarly, Swarovski Optik has been testing this model through KAHLES to find out if it is sustainable and profitable in the long term. 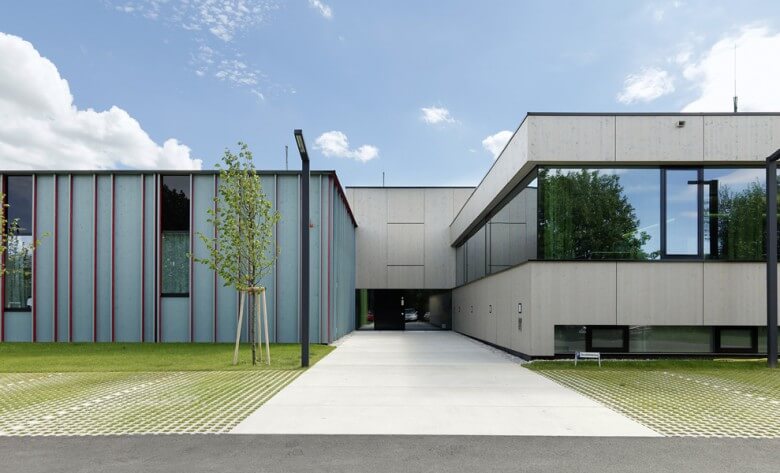 Currently, KAHLES binoculars come in two varieties. The manufacturing of KAHLES binoculars has been outsourced to two manufacturing facilities in Asia, one in Japan and the other in China. Regardless of their location, the binoculars are produced with the highest grade of materials and tight tolerances to provide all types of hunters with an outstanding viewing experience.

The Helia line is KAHLES’s premium category of binoculars. Produced in Japan, the Helia binoculars feature top-quality optics combined with an effective nitrogen-filled sealed system and multi-layer lens coatings for use in all weather conditions. KAHLES designs their binoculars especially for hunters, therefore, all models have a camouflaged brown color-scheme, which is suitable for hunting. Being a premium brand, all KAHLES products impressive characteristics on not just paper, but in practical life too.

Along with an ergonomic open-bridge design, the binoculars feature a 4-stop twisting eyecup mechanism. Also, the chassis is entirely covered in a rubber armor to protect the internals against accidental falls. KAHLES has partnered with an Austrian leather-products manufacturer called Waldkauz for the manufacturing of handmade leather neck-straps and protective lens-covers for all lines of binoculars.

Helia binoculars are currently offered in three configurations: 8×42, 10×42, and the larger 8×56 model for viewing in relatively darker settings. 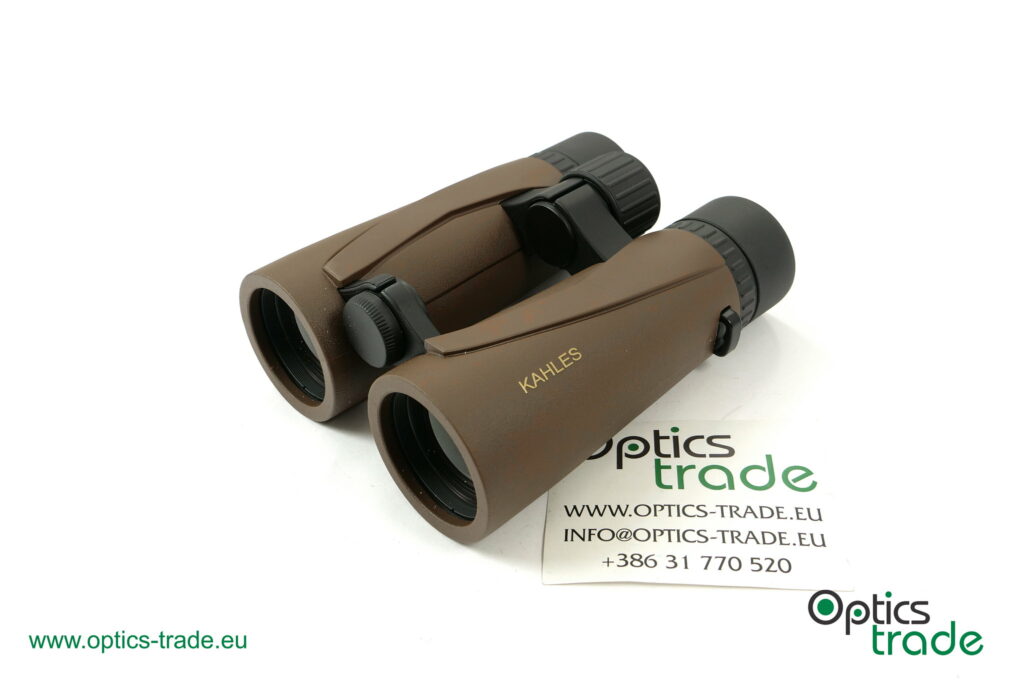 Manufactured and assembled in China, the Helia RF 42 is KAHLES’s range-finding binoculars. The series was unveiled in 2018 and it takes the name of the signature KAHLES Helia series. The RF binoculars can measure distances up to an impressive 1500 meters, which is plenty for most hunting needs. The binoculars’ laser-equipped scan mode instantly updates the distance and angle information on the heads-up display as the user points to a different object. The RF series binoculars have many similarities with Sig Sauer and Vortex binoculars.

Other features include a ballistic mode and 4-stop twisting eyecups. Additionally, the binoculars are also comparatively smaller and have a lower weight than most of its competitors despite the range-finding system and 42mm objectives. The Helia RF series binoculars are presently offered in two configurations: 8×42 and 10×42. Like the RF series, binoculars also come up with a handmade leather neck-strap and lens protection covers.

A subsidiary of Swarovski Optik, KAHLES is a household name in the field of sport optics, especially for outdoor activities, such as hunting and bird watching. Founded more than a hundred years ago in 1898, the company’s historical background is filled with many intriguing events, which have shaped its business practices and market standing over the years.

KAHLES is one of the many optics manufacturers in Europe that manufacture and assemble their products in-house. Although KAHLES produces riflescopes in its Guntramsdorf location, the manufacturing of both variants of KAHLES binoculars has been outsourced tofactories in China and Japan, as a cost-cutting measure. This tactic has helped to keep the prices lower than the competition. The outsourcing-based business model has become mainstream in the US and many American OEMs have successfully incorporated it either fully or partially in their companies. However, it is still relatively newer in Europe, with only a few optics manufacturers employing it for their products, especially Zeiss.

By outsourcing binoculars, Swarovski Optik is experimenting the modern business model through KAHLES, which could be an indication of future outsourcing of other optics products of both Swarovski and KAHLES brands. Most people are not aware that KAHLES binoculars are being manufactured in China and Japan, which might prove to be a two-sided sword to their market share.

An inconsistency is also observed in the price and quality of riflescopes manufactured in Austria, and binoculars that are produced in Japan and China. Regardless, KAHLES binoculars are cheaper compared to other premium names in the market today while providing the same level of quality and features.

1 thought on “Where are Kahles binoculars made?”