First, you need to know that every digital camera (including digital night vision devices) has the main part that captures the light coming through the lens to form an image. This part is called a sensor. Mainly, a sensor is a solid device which captures the light and forms it into a digital image that you see in the other end on the screen. There are lots of different sensor types built in digital devices.

The most commonly used sensor is CMOS (Complementary Metal-Oxide-Semiconductor). CMOS uses the latest technology which enables very high integration on the microchips with high performance and miniaturized integrated electronic circuits.

Thermal imaging devices use special sensors or infrared (IR) detectors that detect Long Wavelength Infrared (LWIR) band from 7 μm – 14 μm. An IR sensor is the heart of any thermal imaging device. The Most common IR sensors (detectors) available today are sensors which are cooled or uncooled. These special IR sensors are built out of quite exotic and expensive materials such as sensing pixel array, IR ROIC (Infrared Readout Intergraded Circuit), vacuum package and back-end electronics.

Cooled IR sensors were developed in the 1950s for military application use. Disadvantages of this type of IR sensors is that they require additional accessories to obtain operating temperatures between -70 and -150 °C, what makes thermal imaging device bigger and heavier. These extra cooling accessories are also expensive, they use a lot of power and they require a cooling-down time process, which takes around 10 to 20 minutes to get the first image on a thermal imaging device. Mostly those thermal imaging devices are used in the military (mostly in military transport) because they need a higher performance technology that enables longer distance detection and don’t need a device that gives you instant-on image. 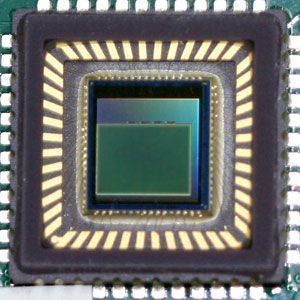 is a writer keeping the readers up-to-date on the latest developments in the world of sports optics.