Welcome to Optics Trade debates. In each episode, we talk about a different topic and try to answer the most common questions we receive about it. Today we are going to talk about fixed and variable magnification.

There are only a few manufacturers that still produce fixed magnification riflescopes, Schmidt&Bender and Docter (premium producers). If we look at variable magnification binoculars, we can see that the only premium manufacturer that produces them is Leica.

The advantages of fixed magnification optics are that they are lightweight, high-quality optics, which have a higher light transmission rate because there are fewer glass elements.

The main advantage of variable magnification is that it’s very versatile. It can be used for close range and freehand shooting, on low magnifications. It’s perfect for low-light use at 8x magnification.

On high magnification, it’s suitable for long-range use and for observing small details.

It is better to go with fixed magnification on binoculars because they offer better optics for a lower price.

We would like to thank you for your time. In case we did not answer all the questions regarding this topic please leave a comment below or send an e-mail to us. If you found the video useful, please subscribe to our channel.

Magnification is an optical parameter which enlarges/zooms the viewing image and makes the observed object seem bigger. For example, with magnification factor 10 we see objects 10 times larger, which means if an object is 0.1 m high and 100 m away we see it 1 m large. In other words, it’s the same observing the object that’s 100 meters away with a 10x binoculars as watching it with the naked eye 10 meters away. In choosing the right magnification for fixed magnification optical products, practice shows that the most useful magnifications are between 7x and 10x, where average people seem to handle optics without too much hand tremor. 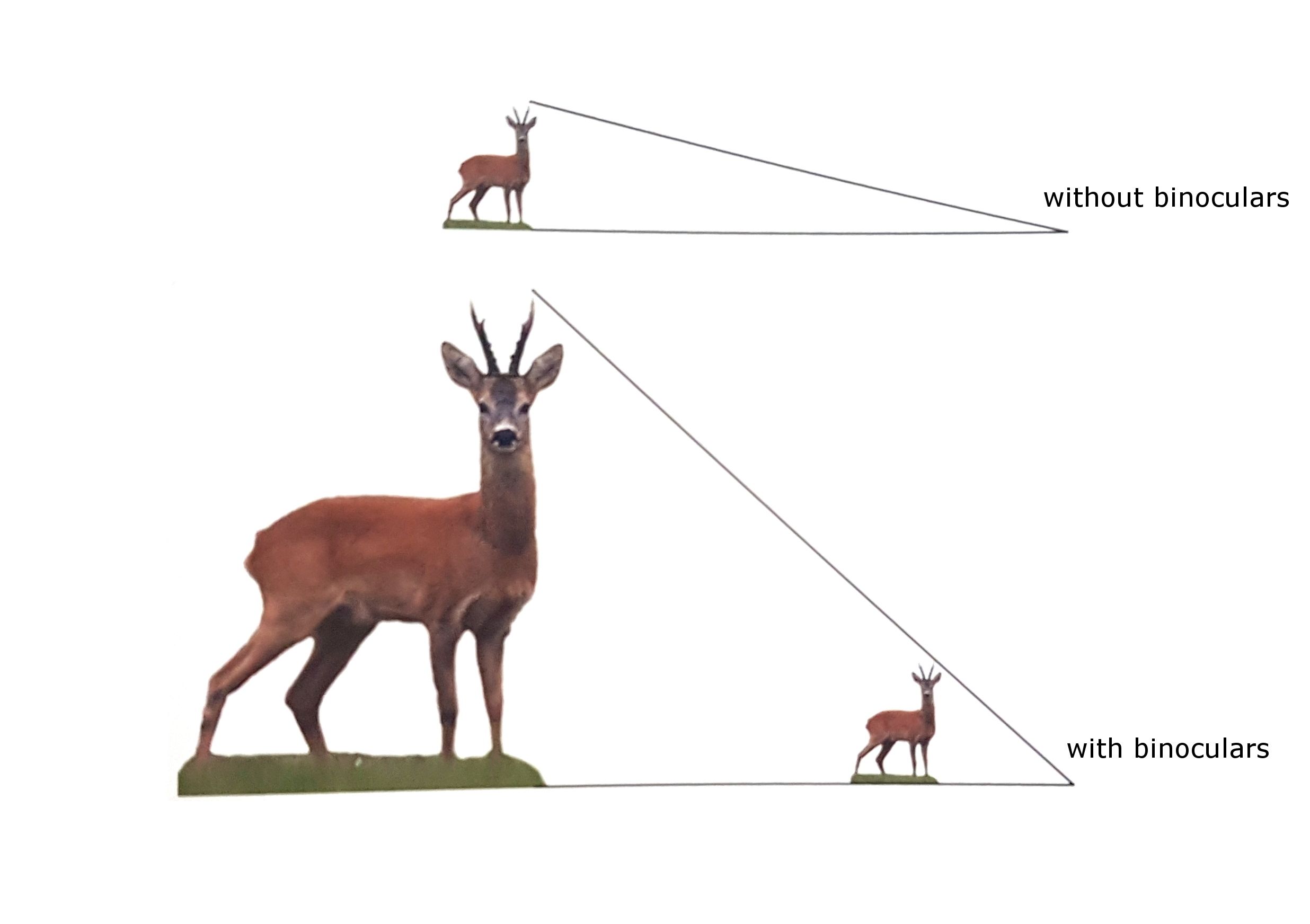 Optical products with fixed magnification are designed in a way that they allow only one magnification of a viewing object. Due to a smaller number of lenses used in their construction, they are optically brighter and have lower loss of brightness. The number of lenses contributes to its smaller size and lighter weight in comparison to optics with variable magnification. Most binoculars tend to have fixed magnification, whereas with riflescopes it’s getting rarer each year. Normally this kind of optical products is easier to use and cheaper. They also offer better optical performance, especially in terms of the light transmission rate.