Target rifle scopes are meant for people who seek pinpoint accuracy at the range. These scopes offer possibilities for setting the scope in a way that rifle accuracy is best utilized. However, the shooter cannot avoid a lot of test shots for fine tuning of all the settings of his scope in order to achieve best possible results.

Main differences of target turrets, compared to hunting capped turrets, can be noticed in height, markings (target turrets have big numbers that are well visible), turn indicators (lines under target turrets), click values (1/8 MOA is quite common on target scopes) and also in one feature that is in common with all target turrets – they are always resettable.

Advantage of using target turrets is noticeable in a way that user can always clearly see and distinguish target turrets on a rifle scope. This is because of the fact that they are high and offer good grip. These turrets are meant to be used often and not only when the scope is being zeroed (like with hunting turrets).

Turn indicators are almost always present on target rifle scopes. Most usually, they are made in a form of lines under the turret. They are visible when using the scope, because target turrets are being raised or lowered when dialled, thus the space between the turret and the scope tube changes. Lines are a very simple indicator for a user, because he always knows in which turn the turret is located. 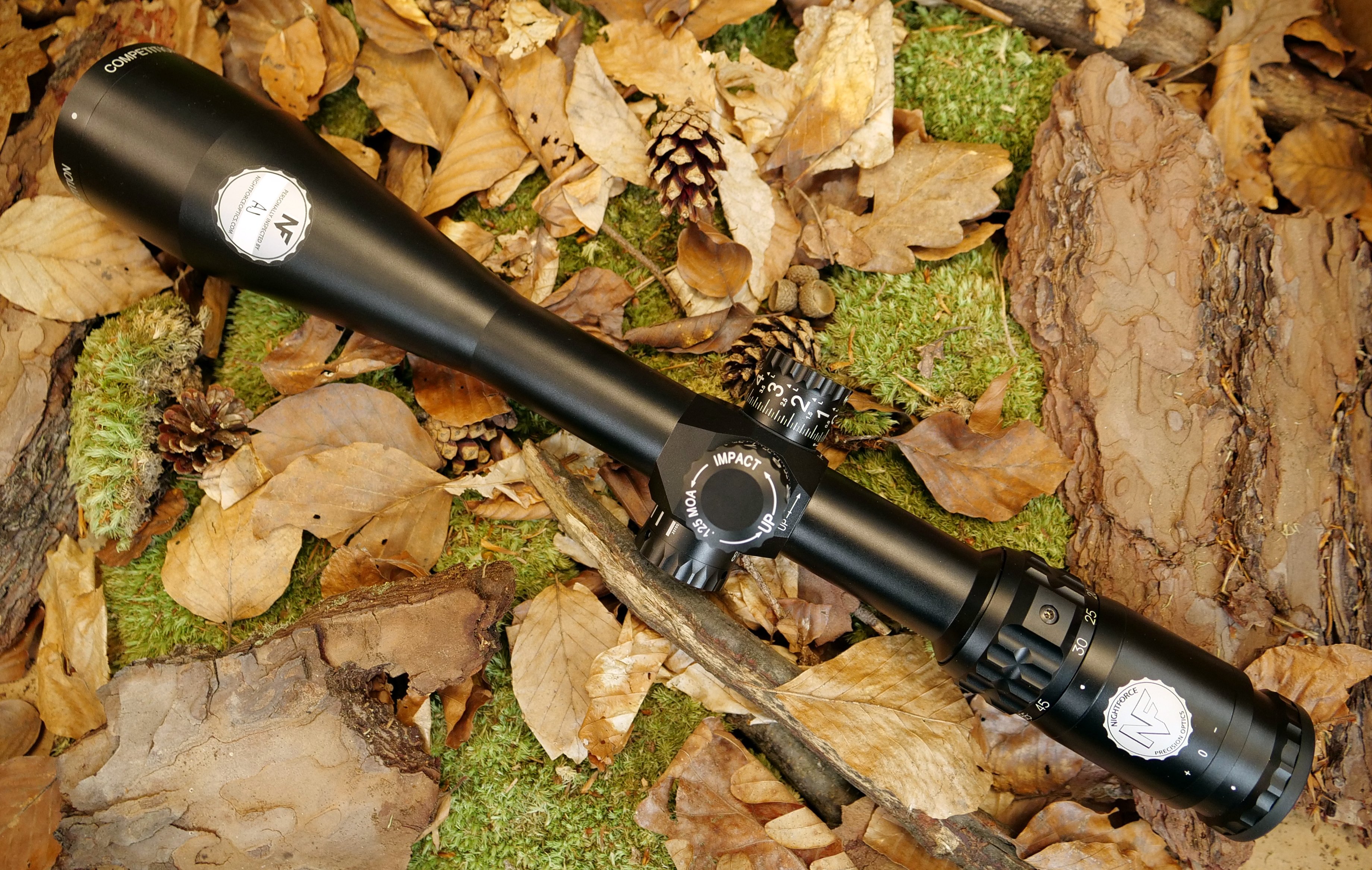 However, this is much more primitive turn indicator, compared to mechanical ones found on tactical scopes. Nevertheless, it works!

Waterproofness might be an important factor when choosing the scope. We might find ourselves on a shooting match during a rainy day, abandoned by cruel mother nature who shows no mercy for our shooting gear. Thankfully, majority of target turrets are waterproof even when caps are off the scope.

However, not all of target rifle scopes are waterproof – check it before making a decision. It is also recommended to check the waterproofness even when you already own the scope; this can be done by checking if there is an O-ring seal around the turret. This is usually a sign that caps are the ones that make (only) the turret waterproof. In such cases, only caps make the turret waterproof. This means that you are safe only with the caps on. When the caps are off, such turrets are probably not waterproof without them.

Most common click values on target rifle scopes are ¼ MOA and 1/8 MOA. Fine clicks are needed for precise target shooting which is the main reason for this decision by majority of manufacturers. 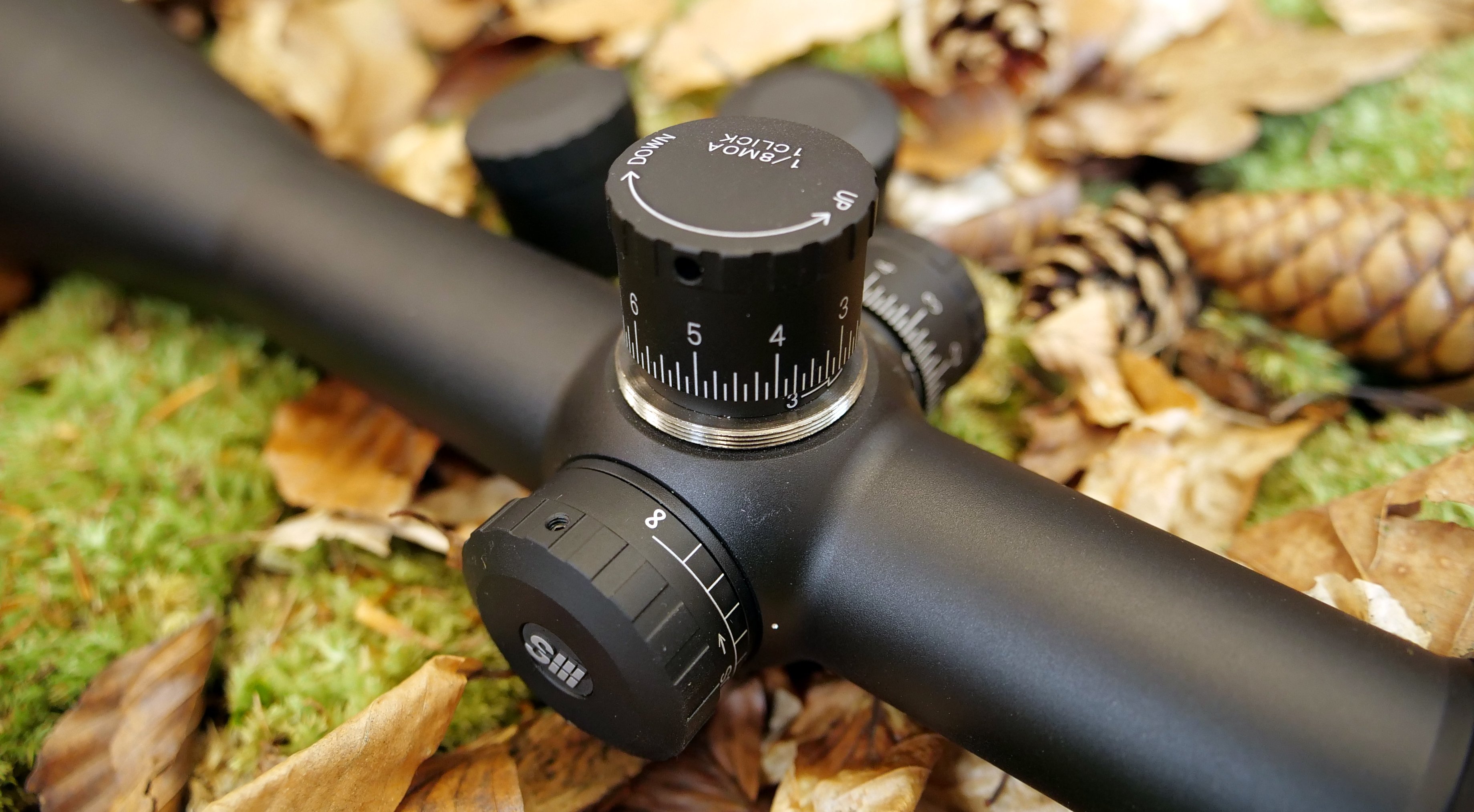 Zero stop feature is a nice feature that offers fixing our turrets at zero when we zero the rifle to preset distance (usually 100 meters or 100 yards). This function is especially useful in low light conditions when we can hardly read (or not at all) engravings on turrets. However, it is a nice feature for tactical rifle scopes, but not so much for target scopes. The main reason lies in the fact that target rifle scopes are normally not used in dark or any other low light conditions.

Target practices, matches and other events are always happening during a day at good light conditions. Therefore, majority of target turrets do not offer zero stop function. They are resettable in most cases, but without zero stop. Another issue with zero stop feature is that its mechanism usually takes a lot of space and thus does not fit under the cap.

In conclusion, target turrets are normally (more or less all of them) very high. They are built to be used often and they offer fine and precise clicks. Numbers on these turrets are clearly visible and quite big.