Such arrangement produces the effect that the reticle is seen the same size at all magnification settings. You can clearly see this effect in the picture below: 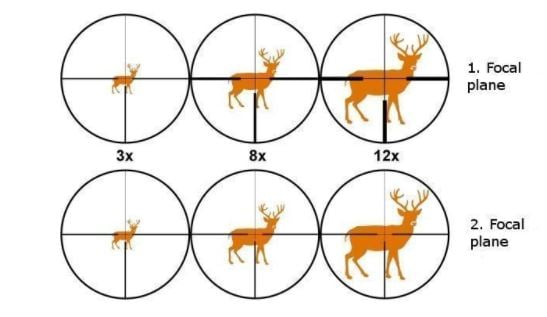