Dovetail is a special platform on rifle's receiver, which enables installment of mounts for various rifles. This unique design is notched onto the rifle's receiver, barrel or slide. 19 mm Dovetail is primarily designed on Czech Center Fire Rifles. For example: CZ 550, 537, 557, Brno ZKK 600, 601, 602 and of course others.

For a better hold on the rifle, upper side of the Dovetail is wider than lower side. Dovetail dimensions are measured at the upper side, which is wider, in our case 19 mm. Generally, 19 mm Dovetail design doesn't offer a possiblity of mount installment with screws going into the receiver. Mounts usually clamp on the rifle's mounting surface – receiver. All 19 mm Dovetails are designed with a recoil lug, which offers even better resistance against recoil stop. Dovetail slopes are at an angle of 30 degrees. For a more clear understanding, please see the attached image below. 19 mm Dovetail on Czech rifles is designed with two – separate Dovetail parts. For 19 mm Dovetail, recoil groove is located on the rear mounting surface, and is etched on the left side of the Dovetail itself. Mounts for 19 mm Dovetail usually have a backward ring extension incorporated in their design. 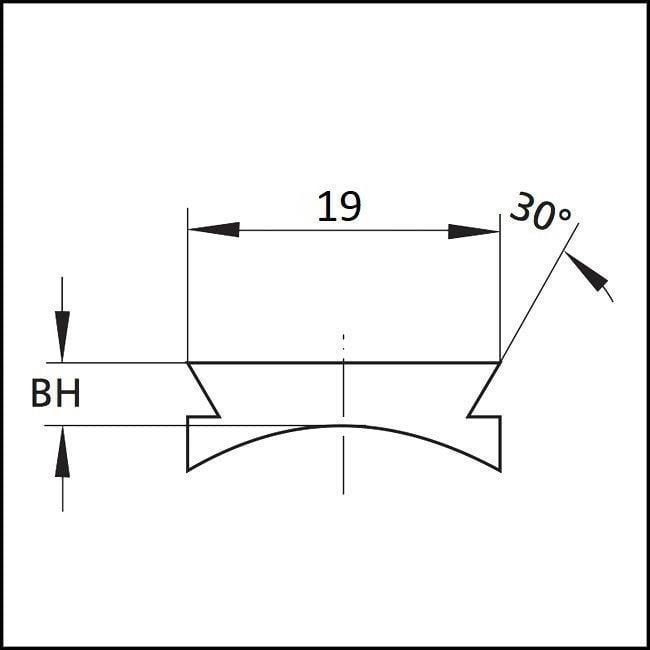 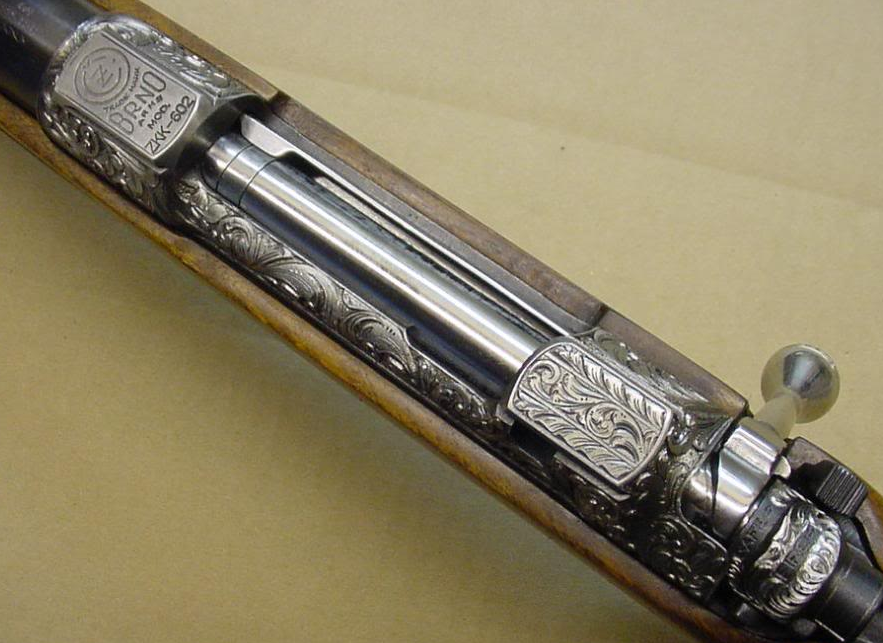 Fixed two-piece ring mounts cannot be detached from a rifle without the use of tools. They come at an affordable price and offer high reliability. Generally, they are not difficult to install on a rifle. Fixed means that the user cannot quickly detach and therefore switch scopes, which limits the usability of the rifle. Fixed ring mounts for 19 mm Dovetail are mostly produced in two fashions. A) direct rings with 19 mm clamps and B) advanced two part rings with separated base part, which clamps 19 mm Dovetail and ring which is attached to the base part. Simple rings are cheaper and easier to manufacture, while more advanced rings with separated ring and base part are more expensive, but usually offer a possibility to adjust scope's windage on the mount itself.

We can group fixed ring mounts for 19 mm Dovetail in the following groups:

This is a more expensive option than buying fixed ring mounts however, it's still fairly cheap in comparison to other mounting solutions. If you own a riflescope with rail mounting option like, Zeiss ZM/VM rail, Swarovski SR rail, S&B Convex rail or LM rail then fixed scope rail mounts for 19 mm Dovetail are a good mounting alternative. Fixed rail mounts are reliable and lightweight, but user is unable to quickly switch between scopes on the rifle. Not many manufacturers make these, so there are fewer possibilities than amongst fixed ring mounts. Majority of mounts in this category is of two-part fashion. That means, that the mounts are composed of lower part (base part) that is mounted directly on the 19 mm Dovetail on the receiver, and upper part which holds the scope rail.

Detachable Rings mounts are designed with simple metal levers, which are used for quick remove from the rifle. These mounts straightforwardly clamp on the 12 mm Dovetail. Final position of the levers can usually be switched without the change of the clamping force on the Dovetail. This offers a posibillity to adjust the position of the levers for a better visual appeal (both levers pointing in the same direction), once the mount is positioned and fixed on the 12 mm Dovetail. Usually, Detachable Mounting options are designated as QR (quick release) or QD (quick detachable) abbreviations.

The Picatinny rail is on a good way of becoming a global standard for mounting since it was invented in 1995. Developed on the Weaver template, the biggest advantage of the Picatinny rail is the usage across its entire length, unlike Weaver which has predesignated slots for mounting, limiting its usability and versatility. Ease of use and interchangeability are also its assets. Picatinny has slots evenly placed, namely exactly 5.23 mm one from the other and 3 mm deep. Because of this, the mounting is identical on all firearms using the Picatinny standard. Picatinny rail can accommodate all types of mounts, also those designed for Weaver standard.
For 19 mm Dovetails, Picatinny rails are basically adapters, which are attached to 19 mm Dovetail. Please see the option below.

The Docter Sight is a reflex sight with an array of application options. It is ideal for shotguns and for use on driven hunts. It can also be used on handguns, rifles and various other platforms. There are three availiable Docter sight mounting solutions. Which are: Repeatable, Fixed and Detachable. We should mention that Detachable. Docter sights mounts require a new zeroing everytime you reattach it to the rifle. Repeatable mounts hold a constant zero. Usually, Detachable Mounting options are designated as QR (quick release) or QD (quick detachable) abbreviations.