It has a capacity of 4 rounds (1 in the barrel and 3 in the magazine). It has a 16.5 mm dovetail for mounting purpose, along with 4 tapped holes, 2 at the front and 2 at the back and one recoil notch. M590 has a continued dovetail in contrast to some similar models that came before and after M590, which have separated dovetail surface.

It is chambered for: 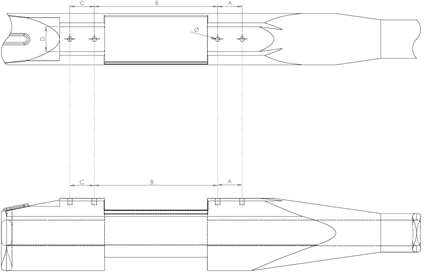 One piece mounts for the following Tikka rifles,

which are meant to be installed on the 16,5 mm dovetail and make use of the recoil stopper will fit this rifle as well.

Another type of mounts which will fit this rifle are mounts for Tikka,

The best option for installation of Picatinny rails would be the rails of Tier-One.