Anschutz 1727 is designed with a famous straight – pull action, which is also used in Anschutz 1827 F. Rifle's receiver is drilled and tapped with four holes and 11 mm Dovetail design for the mounting purposes – designed as bases. Action's locking mechanism is designed with 7 steel balls. Rifle comes with two – stage trigger (also availiable for left – hand users). Barrel is around 59 cm long with 6 groove design. Anschutz 1727 is chambered in .17 HMR and .22 LR. Magazine can hold 4 or 5 rounds depending on the caliber. Anschutz 1727 chambered in .17 HMR can hold up to 4 round, as .22 LR caliber magazine can hold 5 rounds. Rifle is overally about 104 cm long and weight aproximatelly about 3.4 kg. Rifle has a Classic Schnabel (Walnut German) fore – end stock. There are two availiable versions of this rifle, which are: Anschutz 1727 F L and Anschutz 1727 F. 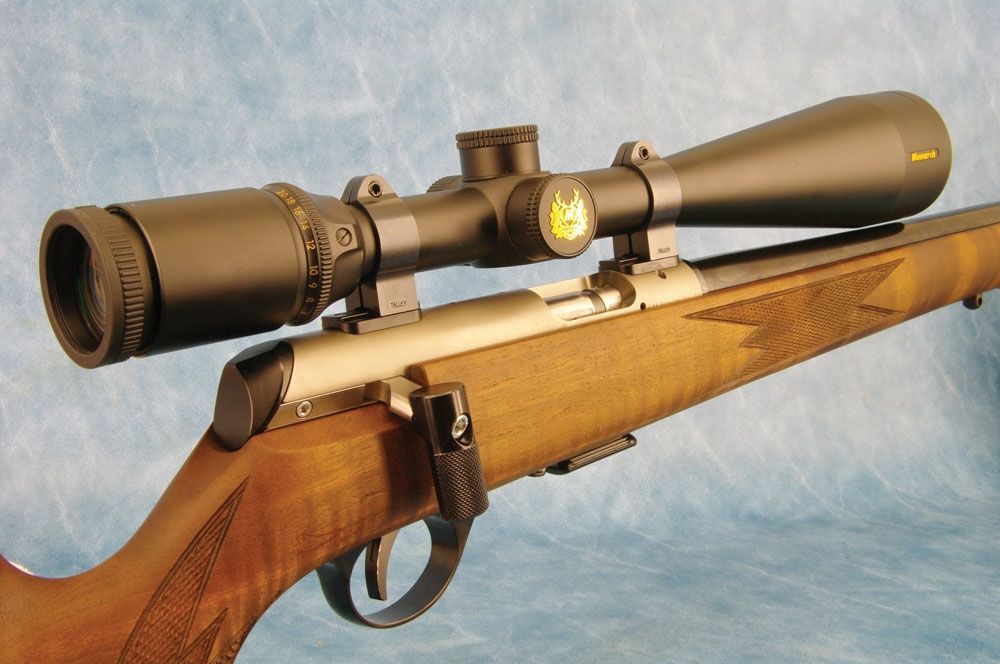 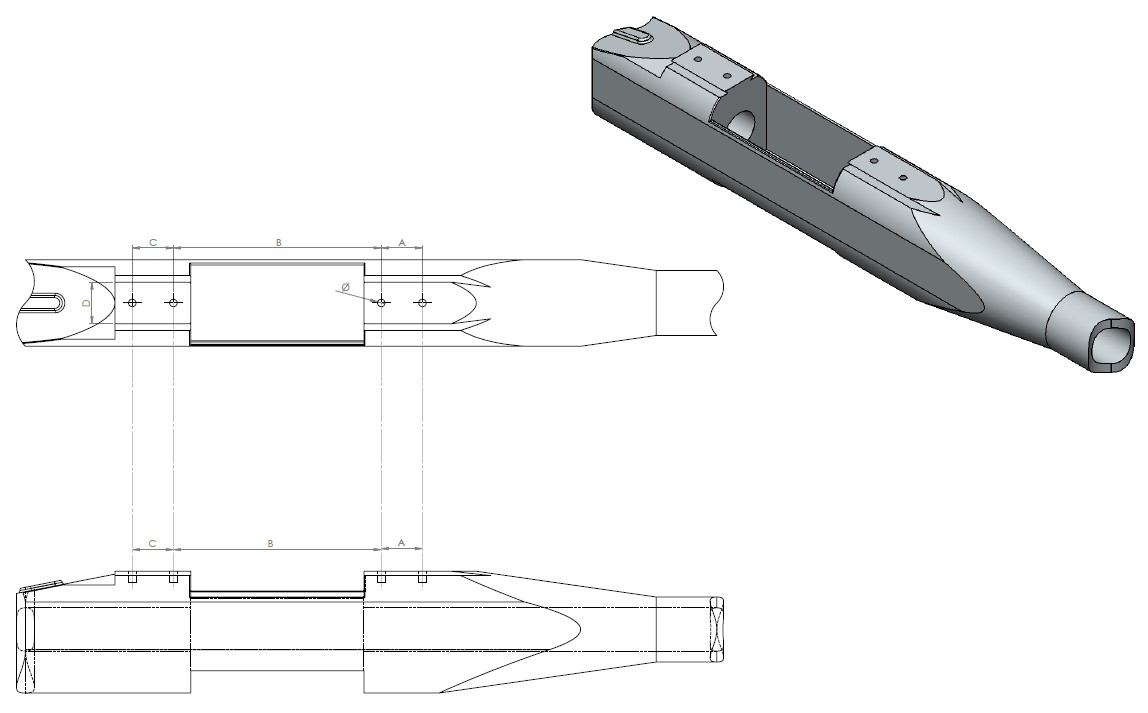 Fixed two-piece ring mounts cannot be detached from a rifle without the use of tools. They come at an affordable price and offer high reliability. Generally, they are not difficult to install on a rifle. Fixed means that the user cannot quickly detach and therefore switch scopes, which limits the usability of the rifle. Fixed ring mounts for Anschutz 1727 are mostly produced in two fashions. A) direct rings with clamps and B) advanced two part rings with separated base part, which clamps 11 mm Dovetail on Anschutz 1727 and ring which is attached to the base part. Simple rings are cheaper and easier to manufacture, while more advanced rings with separated ring and base part are more expensive, but usually offer a possibility to adjust scope's windage on the mount itself. Some manufacturers also produce one-piece Monoblock mounts for Anschutz 1727.

We can group fixed ring mounts for Anschutz 1727 in the following groups:

This is a more expensive option than buying fixed ring mounts however, it's still fairly cheap in comparison to other mounting solutions. If you own a riflescope with rail mounting option like, Zeiss ZM/VM rail, Swarovski SR rail, S&B Convex rail or LM rail then fixed scope rail mounts for Anschutz 1727 are a good mounting alternative. Fixed rail mounts are reliable and lightweight, but user is unable to quickly switch between scopes on the rifle. Not many manufacturers make these, so there are fewer possibilities than amongst fixed ring mounts. Majority of mounts in this category are of two-part fashion. That means, that the mounts are composed of lower part (base part) that is mounted directly on the 11 mm Dovetail on the receiver, and upper part which holds the scope rail.

Fixed one-piece ring mounts are divided into two separate groups. First group are lightweight Monoblock Mounts for Anschutz 1727. They are very good at providing concentricness between both rings which results in no tension on the scope. The second group are Tactical Monoblock Mounts for Anschutz 1727. These mounts provide great robustness and stability.

Detachable Rings mounts are designed with simple metal levers, which are used for quick remove from the rifle. These mounts straightforwardly clamp on the 11 mm Dovetail of the Anschutz 1727. Final position of the levers can usually be switched without the change of the clamping force on the Dovetail. This offers a posibillity to adjust the position of the levers for a better visual appeal (both levers pointing in the same direction), once the mount is positioned and fixed on the 11 mm Dovetail. Usually, Detachable Mounting options are designated as QR (quick release) or QD (quick detachable) abbreviations.

The Picatinny rail is on a good way of becoming a global standard for mounting since it was invented in 1995. Developed on the Weaver template, the biggest advantage of the Picatinny rail is the usage across its entire length, unlike Weaver which has predesignated slots for mounting, limiting its usability and versatility. Ease of use and interchangeability are also its assets. Picatinny has slots evenly placed, namely exactly 5.23 mm one from the other and 3 mm deep. Because of this, the mounting is identical on all firearms using the Picatinny standard. Picatinny rails are usually available with 0 MOA or 20 MOA inclinations. 20 MOA inclination enables user to have more elevation adjustment availiable on the riflescope additionally, better long range performance. Picatinny rail can accommodate all types of mounts, also those designed for Weaver standard.

Zeiss Compact Point is a contemporary Red Dot Reflex sight ideally designed for driven hunts. Due to it's small, rigid and compact design, it's very appropriate and usable for competition and sport shooting. Zeiss Compact Point can be mounted on shotguns, handguns and rifles. This small, lightweight but robust optical device is availiable with two different versatile mounting options. A) Standard mounting, for Picatinny and Weaver mounting rails. B) Zeiss plate, a universal mounting option for various rifles. There are three availiable Zeiss Compact Point mounting solutions. Which are: Repeatable, Fixed and Detachable. We should mention that Detachable Zeiss Compact Point mounts require a new zeroing everytime you reattach it to the rifle. Repetable mounts hold a constant zero. Usually, Detachable Mounting options are designated as QR (quick release) or QD (quick detachable) abbreviations.