Where are Swarovski Riflescopes Made?

The Swarovski Group is an Austria-based conglomerate of several companies that manufacture a wide range of crystal glass, jewelry, and sports optics products of exceptional quality. With a history of over 125 years, the company currently has one of the largest market shares in all product domains, especially in sports optics. Swarovski is presently headquartered in Tyrol, Austria. 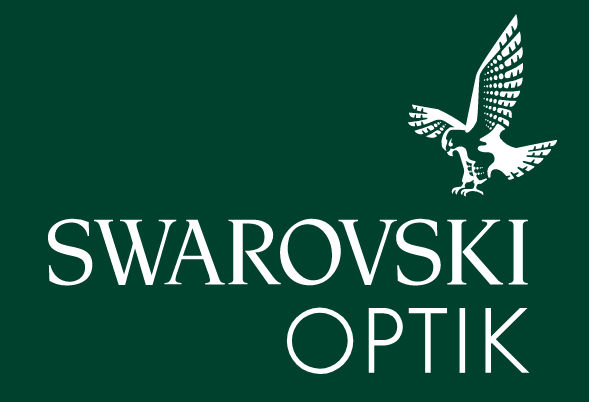 Swarovski was originally established as a crystal-cutting workshop by Daniel Swarovski in Bohemia in the present-day Czech Republic. The small factory initially employed hand-operated methods to cut and shape crystal glass. When a young Wilhelm Swarovski served as an apprentice at his father’s workshop, he immediately realized the time-consuming and cumbersome cutting and grinding procedures and took interest in solving the problem. Not much later in 1895, he came up with the design of a crystal-grinding machine that ran on electricity to cut and shape perfect crystals every time. The equipment was one-of-a-kind at the time since it reduced considerable human effort and grinding time. 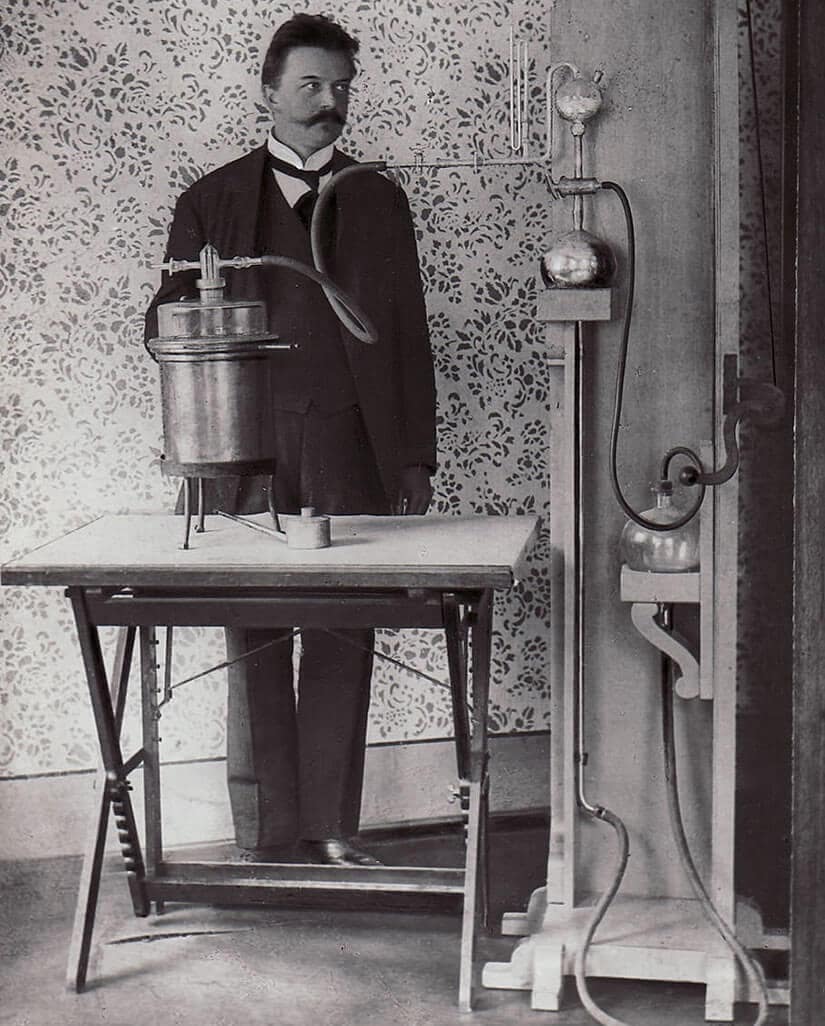 Swarovski Optik and the First Riflescope

In 1895, Daniel Swarovski partnered up with his brother-in-law, Franz Weis, and an investor, Armand Kossmann, in order to establish KS & Co., which was later changed into the Swarovski Group we know today. It was not until 1935 when Wilhelm Swarovski developed a pair of customized binoculars, which featured a 6x magnification and a 30 mm objective lens diameter. This landmark achievement combined with Swarovski’s production regimen during the Nazi era eventually became the basis for a separate company called Swarovski Optik in 1949. Although Swarovski made riflescopes for multiple German military rifles during WW2, the first non-military Swarovski riflescope was introduced by the company in 1959. It came with a 4X zoom and 32mm objective size. 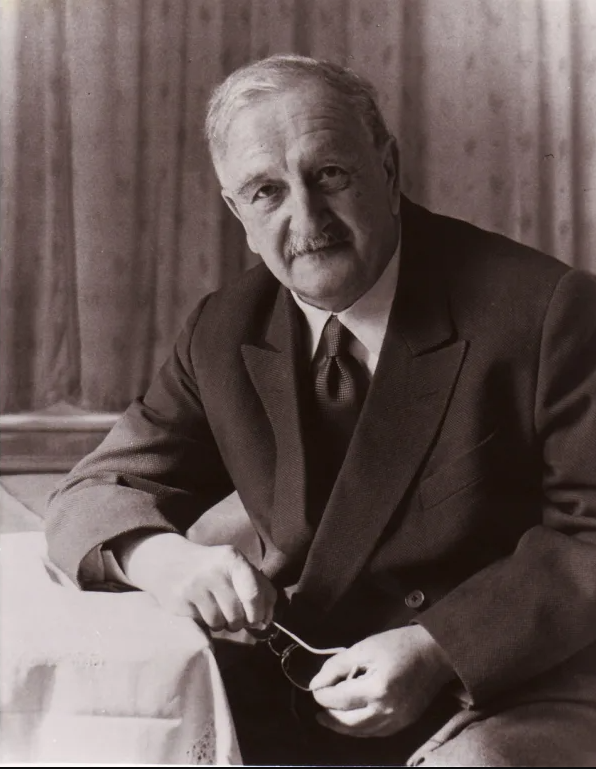 Innovations in the Riflescope Design

Swarovski Optik unveiled several improvements to the first riflescope in a series of products that were introduced in the following years. Swarovski Optik gradually climbed the success ladder with the introduction of several innovative features in the previous decades. In 1976, a riflescope with a shock absorber design was unveiled by the company that contributed greatly to capturing a large portion of the market share in the sports optics industry. The hunting riflescope with an illuminated reticle was introduced to the market in 1994, which was closely followed by a riflescope with an integrated laser rangefinder mechanism in 1995. The company unveiled premium riflescopes with a 6x zoom and an 8x zoom in the years 2007 and 2016 respectively.

Swarovski Optik is one of the few remaining European manufacturers that produces all of its products in-house in Europe. Sometimes, the assembly takes place in the US, especially for the riflescopes designed for the US market (such as Z5 and Z3 series). The customers can be sure that their beloved Swarovski devices are always made using highly-refined materials and state-of-the-art manufacturing processes under strict supervision in Austria. All Swarovski products undergo rigorous quality checks before rolling out to the distribution centers which are spread across the world.

The Acquisition of KAHLES

Unlike some European brands in the sports optics industry, Swarovski was a little late in joining the optics bandwagon. While the initial response to Swarovski riflescopes was adequate, the owners wanted to strengthen their position quickly in contrast to other successful brands, such as Leica, Zeiss, and Steiner. To bridge the gap, Swarovski Optik acquired the well-known riflescope manufacturer, KAHLES, which is one of the oldest optics manufacturers in Europe. The deal was finalized in 1974 and KAHLES was eventually declared a branch of Swarovski Optik in 1977. The idea was to benefit both in terms of riflescope technology and thousands of loyal KAHLES customers to dominate the market share, which it ultimately did.

The main production facility of Swarovski Optik is located in Absam, which is a metropolitan city near Innsbruck, the capital of the Tyrolean state of Austria. It is surrounded by the breathtaking Tyrolean landscape and mountains, which provide beautiful views from offices. The factory mainly produces sports optics products, such as riflescopes, binoculars, and telescopes. In 2020, the factory employed over 960 employees. 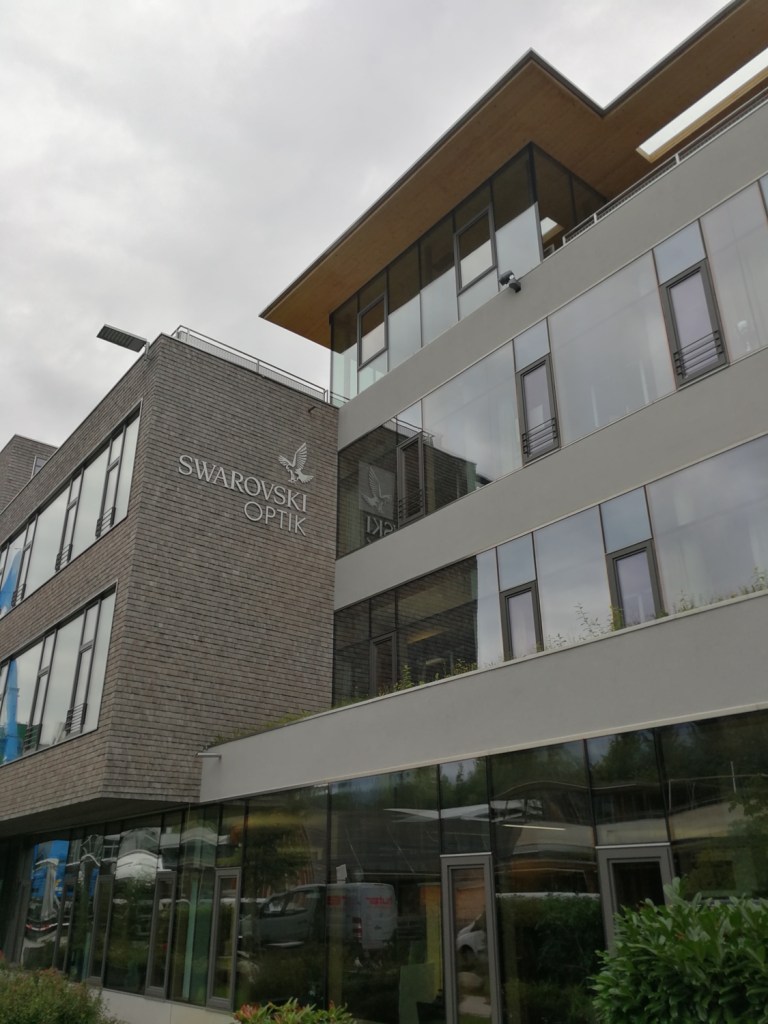 Where are Swarovski Riflescopes Made?

The long heritage of cutting and grinding crystal glass has placed Swarovski Optik at an advantage. For producing lenses and prisms, the factory uses Optotech equipment for cutting and shaping high-quality glass. These high-tech machines produce optical elements to a high-level of accuracy and a tolerance of 1 micron, much more than conventional methods. In the mechanical section, the factory houses world-class computer-controlled machines for the manufacturing of riflescope shells. Instead of multiple pieces, the body of Swarovski riflescopes is a single-piece shell made of robust metal alloys, which help with protecting the delicate internals against the recoil of rifle shots. All metallic parts are sent for anodizing before they are sent to the assembly stage. The anodizing process creates a permanent fine layer of oxide on metal surfaces that protects the riflescope body in demanding situations.

The assembly floor is where individual components, including lenses, prisms, riflescope casings, and knobs are assembled in a highly clean and atmosphere-controlled environment. Workers have to wear standard attire, gloves, and hair coverings in the assembly area to maintain the cleanliness level. These specialized conditions are necessary to stop unwanted particles from entering product assemblies. Although quality checks are carried out throughout the manufacturing process, there is a final quality control department at Swarovski Optik where a series of quality checks are carried out, both hand-held and by instruments. Defective riflescopes, if found, are sent back for dismantling where problematic components are replaced.

The factory also houses a Research and Development department that is responsible for coming up with pioneering ideas, such as SWAROBRIGHT lens coating, SWARODUR coating, SWAROAIM inclinometer, SWAROLIGHT illuminated reticles, SWAROVISION field-flattener lenses, and SWARPTOP coating, all of which have been patented by the company. The R&D team uses powerful optics and mechanical engineering software to design advanced features that have become the reason for Swarovski’s success over the years. 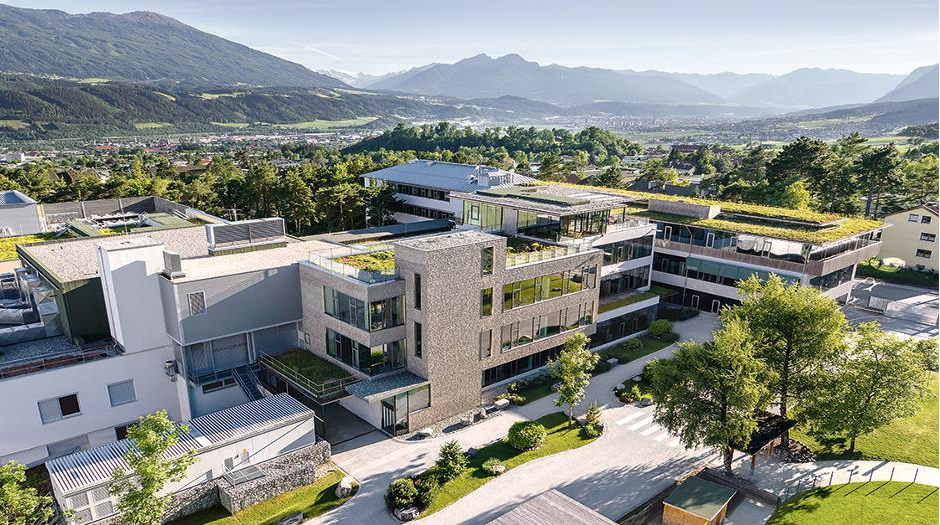 The Swarovski Optik factory also features an exhibit where all current products, including riflescopes, binoculars, and telescopes are displayed. Visitors are welcome to go through the range of products and experience Swarovski products personally before making a purchase. For Corporate Social Responsibility (CSR), Swarovski Optik has an in-house training facility at the Absam factory where multiple apprenticeship programs are offered in mechanical and optical engineering domains. Numerous high-performing students have been offered suitable positions at the factory since the start of the program.

With an unbelievable 8x optical zooming, the Z8i provides a smooth zooming experience for advanced hunters in a slim and compact 30 mm main tube. Given its large magnification range, the Z8i riflescope is best-suited for long-range hunting. The riflescope is equipped with excellent optics and coatings, which provide a panoramic view of the field at all magnification levels.

The Z8i is available in five optical configurations,

If flexibility is what you are looking for, the Z8i is one of the best versatile riflescopes with an 8x zoom.

The Swarovski Z6i is one of the best-selling riflescopes in long-range hunting and shooting sports. Designed for professionals, the Z6i carries a versatile series of specs that prove to be of high importance in all kinds of terrains. The main features include a slim and shockproof construction, a 6x optical zoom, 90% light transmittance rate, Nitrogen fog and waterproofing, parallax adjustment, multi-coated optics, SWAROCLEAN coating on outer lenses, secondary focal-plane for reticle, and illuminated reticle with SWAROLIGHT auto-shutoff feature. The Z6i is capable of keeping the last reticle setting in on-board memory, so users can save some time in demanding situations. 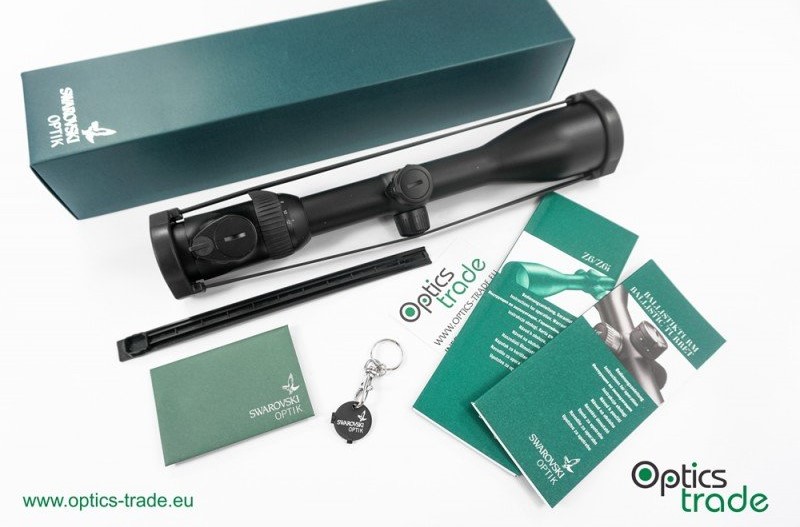 The Z6i comes in several variants, including

Most of these riflescopes come with a combination of Swarovski SR rail, Ballistic turret, Parallax turret, and 30mm main tube. If you are an experienced hunter, the Z6 will accentuate your wildlife hunting skills.

Unveiled in 2017, the flagship Swarovski dS 5-25×52 P L riflescope is the newest addition to the Swarovski line of riflescopes. Unlike other variants, the dS is a smart device that uses an intelligent computer and sensors on-board the riflescope to measure distance, atmospheric temperature and pressure, and scope angle. This information can be accessed on a smartphone app specially designed for dS riflescope. It also features a heads-up display on the reticle, which shows important details, such as distance, caliber, and the effect of two different wind speeds on bullet trajectory. Like all flagship riflescopes, the dS also uses a second focal plane for the illuminated, which maintains the reticle size at all magnification levels.

Launched in 2015, Swarovski X5(i) was designed for multiple purposes, which include long-range hunting and sports shooting. In addition to impressive optics, the X5(i) series features an innovative retention spring that keeps constant pressure on the inversion system. This allows high precision shots for every elevation adjustment. Another innovative feature is the Zero Stop, which enables professional users to stop the turret at the adjusted zero-setting. Due to its robust construction, the X5(i) can easily withstand 0.50 BMG caliber bullets. 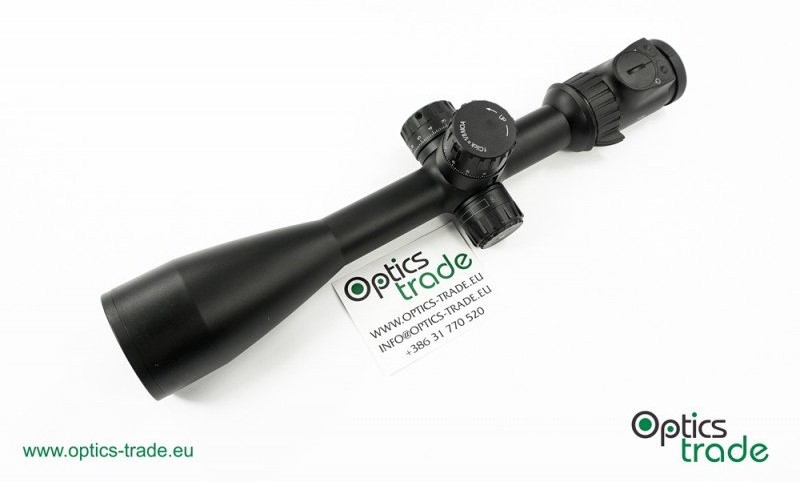 both of which are suited for hunting as well as sports. Specs include a 5x optical zoom, shockproof mechanics, second focal plane reticle, multi-coated optics, Nitrogen fog and waterproofing, parallax adjustment (50 m to infinity), multiple reticle options, and one-click daylight and nighttime illumination. It can only be mounted with 30 mm rings.

The Z5(i) packs an exciting 5x optical zooming capability in a compact and lightweight 1-inch main tube. The Z5(i) is made up of Aluminum alloy, which keeps the weight on the lower end enables hunters to use the riflescope for day-long hunting trips without getting tired. Unlike other mainstream riflescopes, most of the Z5 rifle scopes does not come with illuminated reticles, however, the optical quality makes up for this gap. The Z5 series is assembled in USA. 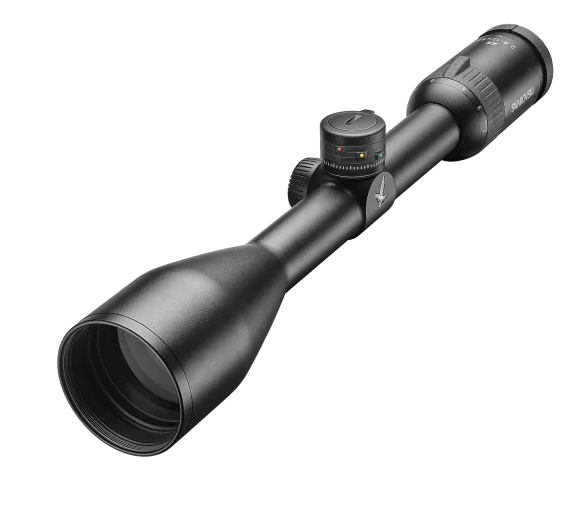 Z3 is the entry-level riflescope that is specially designed for novice hunters. The riflescope is comparatively lightweight and compact than other Swarovski variants and features a 3X zooming capability, which is enough for most beginners. Due to its simplistic aspects, such as a non-illuminated reticle, 1-inch tube, and a 3x zoom, the Z3 is available at an affordable price point than other riflescopes in this segment. Main features include shockproof mechanics, multi-coated optics, fog and waterproofing, and a 100 m parallax-free zone.

Swarovski is a market leader in sports optics, including riflescopes and binoculars. Although their success was not gained overnight, the company has had a long history of producing world-class optical products, which have been actively used by civilians and the military for several decades. The reason behind Swarovski’s towering position in the industry is its commitment to quality and innovation, which has enabled the manufacturer to create products of exceptional performance and technologically-advanced features. Swarovski Optik is one of the European manufacturers to go head-to-head with German makers, which are known for superb engineering. Since most of its products come with a 10-year warranty, you can never go wrong with a Swarovski riflescope. 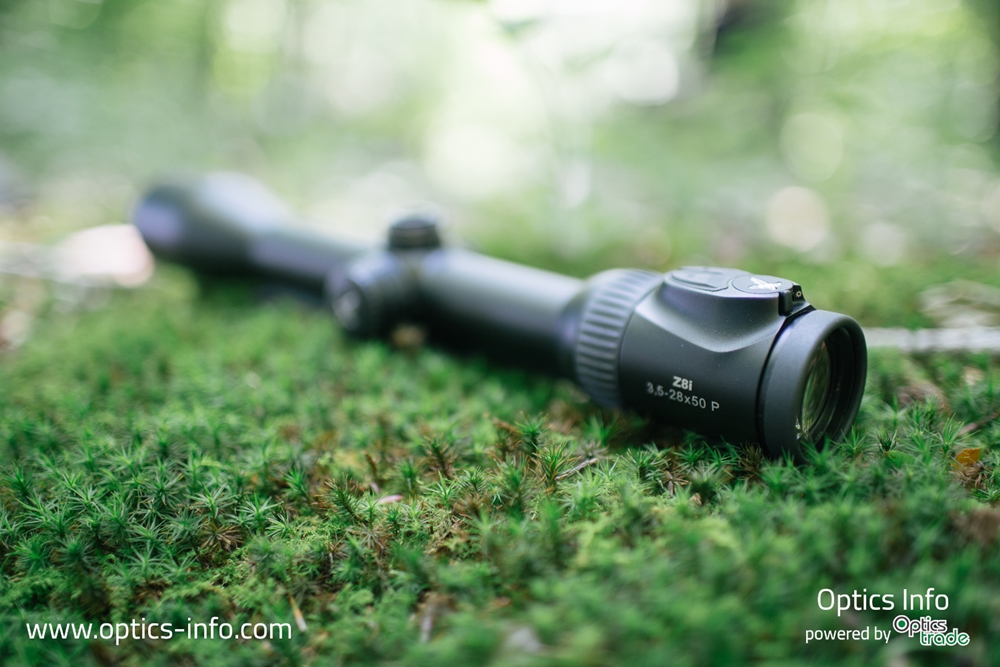 Article Name
Where are Swarovski Riflescopes made?
Description
Swarovski is a market leader in sports optics, including riflescopes and binoculars. The reason behind Swarovski’s towering position in the industry is its commitment to quality and innovation. The main production facility of Swarovski Optik's riflescopes is located in Absam.
Author
Teodor Štimec
Publisher Name
Optics Trade Blog
Publisher Logo