Where are Blaser binoculars made?

Blaser is a Germany-based firearms manufacturer, which rose to prominence not long after entering the hunting rifle market in 1993. Founded in 1957 by Horst Blaser, the company initially manufactured the drilling Blaser diplomat and related accessories. Over the years, the Blaser Group has acquired several arms and optics manufacturers, such as MINOX, Rigby, Mauser, Liemke, and J.P. Sauer & Sohn and is currently known for producing one of the best rifles and shotguns for both the hunting and tactical markets. As of 2020, Lüke & Ortmeier Group (L&O) owns the Blaser Group and all of its associated companies and subsidiaries. 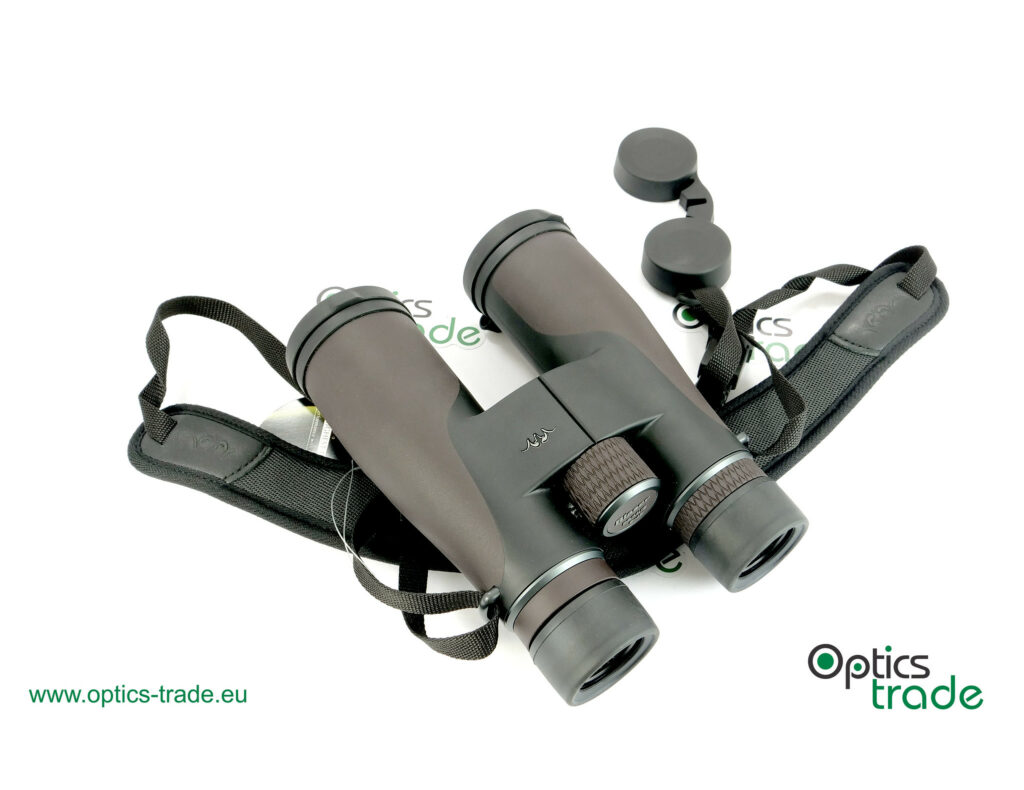 Since hunting and similar outdoor activities are incomplete without sport optics, the Blaser Group GmbH officially entered the sport optics industry in 2017. Initially, the focus was aimed at the manufacturing of binoculars, but their sport optics division expanded their product lines to include riflescopes and red dot sights in the following years. The company also manufactures air guns and hunting accessories, including specialized clothing suited for hunting environments. All Blaser products lie in the premium category and therefore, priced accordingly.

Acquisition of MINOX and the formation of GSO

In 2013, the Blaser Group acquired MINOX GmbH, a notable Wetzlar-based optics manufacturer, which later became the basis of their expansion in the sport optics market. MINOX originally started its business operations as a manufacturer of miniature cameras in the 1940s. Just after the Second World War, the company successfully unveiled its first miniature camera, MINOX A. Over the years, several MINOX cameras were introduced to the photography enthusiasts and the company came to be known as the manufacturer of top-notch spy cameras. It was not until the 2000s that MINOX showed interest in the sport optics industry. Since then, MINOX has produced spotting scopes, binoculars, riflescopes, and night-vision cameras.

MINOX’s acquisition by the Blaser Group came as a result of an alliance among the riflescope manufacturer Optronika, MINOX and the Blaser Group. The alliance gave birth to a separate entity called the German Sport Optics (GSO), which has since designed and manufactured a number of products for MINOX’s long-range product line along with Primer Reticle scopes, which are one of the finest riflescopes the world has seen. Recently, the name of the company was officially changed from GSO to Blaser Group Wetzlar. Some of the big names currently employed at the Wetzlar factory are ex-employees from Schmidt & Bender and Zeiss. 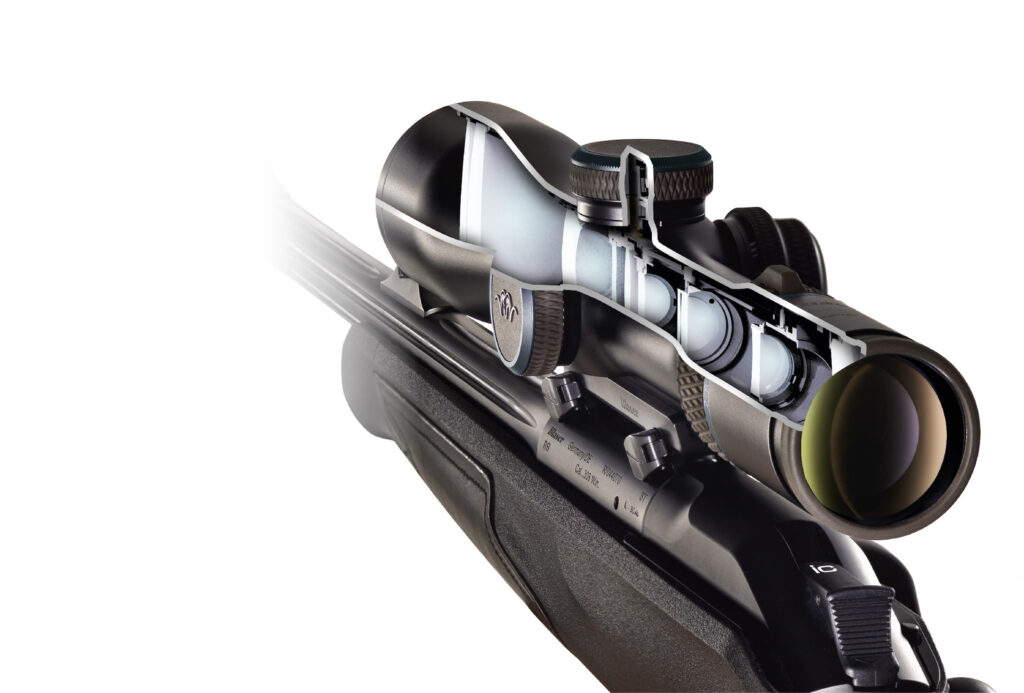 The Blaser Group is headquartered in Isny im Allgau, Germany and employs over 350 people as of the year 2020. The company has striven very hard to keep the actual production locations of their products a secret. Since all of their sport optics products are manufactured in Germany, we speculate that Blaser produces all of their sport optics products, including binoculars, telescopic sights, and red dot sights in the MINOX manufacturing facility in Wetzlar.

Just like all the major German-optics manufacturers have a presence in Wetzlar, the main MINOX factory has remained in Wetzlar since their conception in 1945. The company ran into administrative and financial problems in 1981 and had to reduce their workforce in the Wetzlar factory by over 750 employees. In the following years, Leica Camera AG acquired a significant portion in the company and became an official shareholder in the company in 1996. After MINOX separated from Leica Camera AG in 2005 following a change in management structure, the company revamped its products line with several sport optics devices, like spotting scopes, night vision devices and cameras for wildlife photography.

MINOX is one of the European optics manufacturers who have successfully outsourced the manufacturing of some products outside of Germany. It offers five categories of binoculars, but only its top-notch model, the MINOX X-HD, is produced in Germany. In addition, we speculate that all Blaser sport optics products, including binoculars, are manufactured at the MINOX factory along with riflescopes, and red dot sights.

Blaser has remained committed to innovation and quality, and this commitment has translated into its sport optics division as well. Magnesium alloy is used for the manufacturing of binoculars housing. Magnesium alloys are known for toughness and light compared to other metals, which result in light binoculars that are easy to use in hunting environments. After heavy CNC machining, the housings are passed through the anodizing process to further strengthen and protect the metal surfaces. All Blaser binoculars feature a rubber armor on top of the resilient housing to ensure protection from accidental falls and to provide an ergonomic grip for comfortable viewing even in wet weather.

Similarly, the optics are made from high-quality glass material and all optics components feature Blaser’s CCC multi-layer coating for color and contrast correction. Additionally, the objective and eyepiece lenses are coated with the Smart Lens Protection (SLP) coating for added protection against water and dust particles.

At the beginning of this year, the company planned to shift its manufacturing operations to Isny im Allgau, where the Blaser Group’s headquarters is located along with most of their acquired companies. The company planned the move in order to benefit from the extensive experience and knowledge interchange with hunting and rifle specialists at Blaser, Sauer & Sohn, and Mauser, which will help shape the products and allow the alliance of companies to develop innovative products quickly and effectively while working in close coordination. MINOX branded products will continue to be manufactured at the Wetzlar factory by Blaser Group Wetzlar. 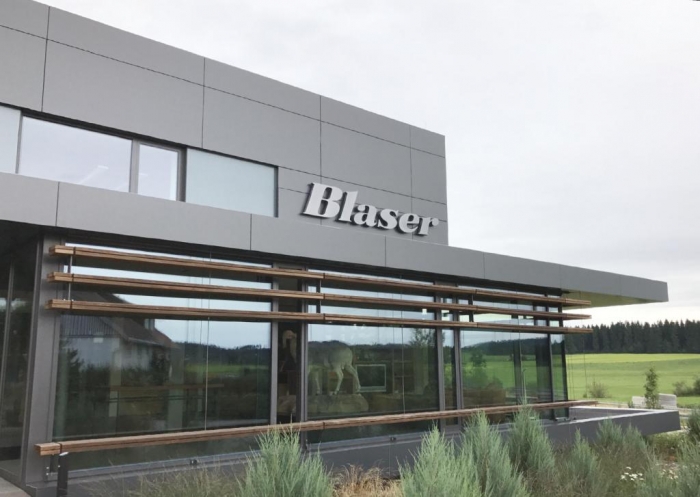 The headquarters and factory located in Isny im Allgau primarily deals in the production of hunting and tactical rifles, shotguns and air guns. The factory uses the best materials for the machining of gun barrels and all manufacturing operations are carried out through a series of CNC milling and lathe machines. Modern rifles and shotguns require high accuracy and precision for effective operation, therefore, the engineers at Blaser have set a critical quality control regime at the factory. Barrels and other rifle components are machined at high tolerances and parts that do not comply are sent back for rework.

Trained hands carry out the inspection and assembly of all rifles and guns. Before shipping, the products are shot to confirm their seamless shooting capability at the on-site shooting theatre at Blaser. Unlike other rifle manufacturers, the company does not keep a stock of products, and most guns and rifles are manufactured after the confirmation of orders by gun dealers located in almost all major cities across the US, UK, and Europe.

Through a commitment to innovation and quality, Blaser has grown multiple folds since its inception in the 1950s. The same enthusiasm towards hunting has led the company to their entry in the sport optics market in 2017 with their signature Primus binoculars. Since all Blaser binoculars are produced in Germany, the company boasts the ‘Made in Germany’ branding on all binoculars.

Much like popular binoculars brands, such as Swarovski Optik and Zeiss, the company has opted for the Abbe-Koenig prisms for its binoculars. These types of roof-prisms are known for superior light transmittance and reflection. Due to the longer size and high manufacturing costs of these prisms, most optics manufacturers instead opt for the regular Schmidt-Pecan prisms in their binoculars. However, it is commendable for a new optics manufacturer to introduce complicated optics in their binoculars. In comparison, Swarovski Optik introduced these prisms in their high-end binoculars just two years ago. Despite being one of the expensive brands, the company does not offer the open-bridge design in binoculars that is now becoming a gold standard in high-end binoculars from premium brands.

The 8×42 is known as the standard configuration for most binoculars needs, with hunting being the main use. The larger objectives ensure that ample light is absorbed while multi-layer nano-coatings, such as the color and contrast coating (CCC) take care of aberration and improve optical performance. The use of Abbe-Koenig prisms allows these binoculars to produce images with optimal brightness, which makes it up for the smaller objective lens size.

With a larger magnification, hunting enthusiasts are able to observe the movements of animals from a safe distance using the 10×42 binoculars from Blaser. These are especially useful for animals that have a keen sense of smell and awareness.

With 56 mm objectives, these full-sized binoculars provide the brightest images in all lighting and weather conditions. Additionally, these binoculars provide a sufficiently large exit pupil of 7mm, which enables the observer to view images comfortably. However, due to larger objectives, they are comparatively bulkier and heavier at over 1 kilogram and might need to be placed on a tripod stand for continued stable imaging. It also features Abbe-Koenig prisms for better light transmission rate.

Blaser is one of the oldest German rifle manufacturers for the hunting and tactical industry in Europe. Following a need to expand in the sport optics market along with other outdoor products, the Blaser Group acquired a series of companies, such as MINOX and Leimke, and started producing binoculars, riflescopes, and red dot sights under its brand name in 2017.

At present, all Blaser sport optics are presumably designed and produced at the MINOX factory in Wetzlar, Germany, but the ‘Made in Germany’ branding comes at a premium price point. One of the things that sets Blaser binoculars apart from other brands is the use of Abbe-Koenig prisms in all binocular variants instead of the conventional and less expensive Schmidt-Pechan prisms. The high-class optics and multiple-layer coatings enable the binoculars to produce excellent images in the darkest of dawns and dusks. Although the company only entered the optics industry three years ago, their notable brand and commitment to innovation will pave their way to success in the years to come.