What is a better binoculars filling: Nitrogen or Argon? 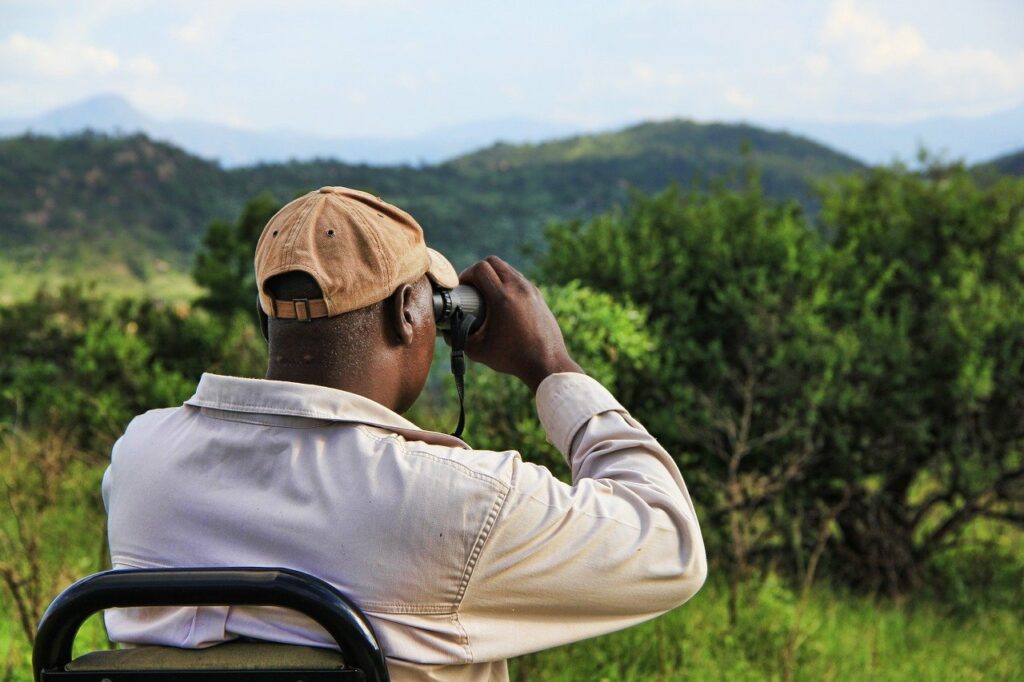 When an optical device is exposed to a relatively colder environment, especially in places of high humidity, the glass components inside it experience moisture condensation, or in other words, fogging. In the case of a pair of ordinary binoculars, the condensation usually occurs inside the lens compartment, causing the lens surfaces to fog from the inside. While this may be a temporary nuisance, but if not cleaned immediately, often the moisture inside a pair of binoculars promotes the growth of fungus, which permanently ruins the view through the lenses, rendering the binoculars permanently unusable. 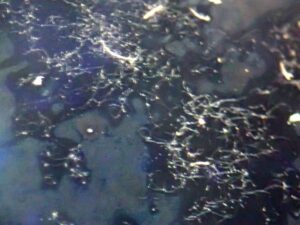 To counter this problem, the air and water vapor inside the barrels of the binoculars are purged and are subsequently charged by a dry, non-reactive gas, such as Nitrogen or Argon, which is void of any moisture content, under high pressure. This method of eliminating moisture from the binoculars is called Fog-proofing and modern binoculars that have this feature are known as Fog-Proof, and thus also always also Water-proof binoculars.

Binoculars and other optical devices that are purged with Nitrogen or Argon are fully sealed using O-rings made of rubber to prevent the loss of these gases, caused by sudden changes in temperature, pressure, or an accidental fall. The purging is not restricted to water vapor only, but to other impurities as well, such as, dust particles and leftover burrs from manufacturing processes, ensuring the binoculars are completely dry and uncontaminated from inside. Since either of these gases is filled under high pressure, the chances of leakage through the housing are close to zero.

Steiner-Optik, a German optical equipment manufacturer, was the first binocular manufacturer to come with the idea of fog-proofing the inside barrels of the binoculars using Nitrogen in 1973. Since then, all major optics manufacturers have incorporated this feature in their line of premium products. Initially, Nitrogen purged binoculars were strictly used by the military personnel, but they became popular among birdwatchers and wildlife enthusiasts, and hence, the manufacturers began to mass-produce them in the 1990s.

In recent years, Argon has seen a growth in use in modern fog-proof and waterproof binoculars. The reason for this increase is possible since Argon is a slightly heavier gas with a greater atomic mass number, 40 Atomic Mass Unit (AMU), than Nitrogen 28 AMU, thereby, making the commercial process of purging air, 28.9 AMU, through the barrels of the binoculars relatively faster. Additionally, Argon is known to remain inert even at high temperatures and pressures.

Differences between Nitrogen and Argon filling

As optical instruments continue to improve, the question arises of which gas should be used for fog-proofing binoculars. While both Nitrogen and Argon are efficiently non-reactive gases, Argon, being a noble gas, is even less reactive than Nitrogen. This inert behavior is certainly advantageous in two circumstances: One, Argon does not absorb or chemically react with water. Two, if there is a sudden change in temperature inside the barrels of binoculars, Argon molecules will not interact with the materials used in the optics housing. 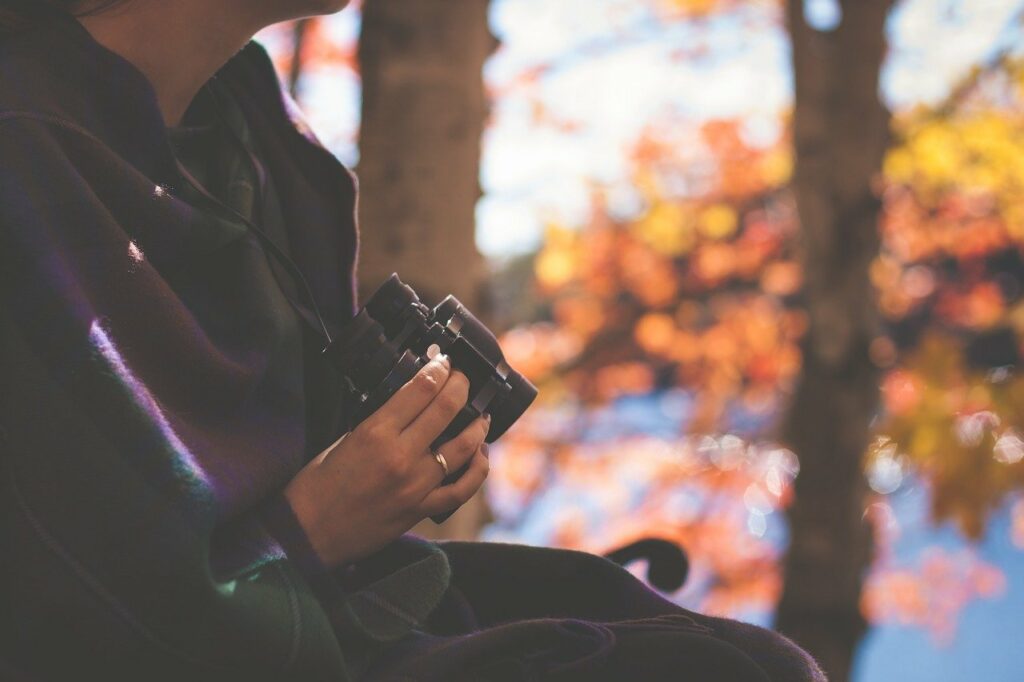 Furthermore, Argon has a greater atomic number (18) than Nitrogen (7); which infers that the molecules of Argon are larger compared to the molecules of Nitrogen due to an increase in the number of valence shells, therefore, Argon can sustain its characteristics over a wider temperature spectrum and has an added resistance to leakage. In the event of a hard fall, Argon molecules will escape from the housing relatively slower than the smaller Nitrogen molecules, thus keeping the fog-proofing efficient for a longer period.

Nitrogen is abundantly available in the earth’s atmosphere (78%), therefore, it is significantly cheaper to harvest than Argon, which constitutes only 0.83% of the composition of air. Both Argon and Nitrogen can be used to create an inert atmosphere, to eliminate water vapor, oxygen, and circumvent the inner-fogging of binoculars and other optical devices like telescopes and camera lenses. Argon is the second most cost-effective gas to use when Nitrogen does not guarantee sufficient inert behavior.

In spite of the differences in properties and cost considerations of the two gases, both Nitrogen and Argon provide a superior level of fog-proofing under pressure. If the seals of the binoculars are compromised, both gases will escape the chambers and allow air molecules and dust particles to accumulate inside the binoculars.

The purpose of charging the binocular with either of these gases is to provide fog and water-proofing. There is absolutely no difference in optical performance between Nitrogen-filled and Argon-filled binoculars. Both gases are colorless and possess a nearly identical refractive index, (Argon: 1.000281 and Nitrogen: 1.000298 Source: engineeringtoolbox.com) and, therefore, they do not have any effect on the original optical characteristics of the binocular.

If three similar binoculars were to be compared based strictly on optical performance, one Nitrogen-purged, second Argon-purged, and third without fog-proofing, the resulting view through their lenses would be identical. 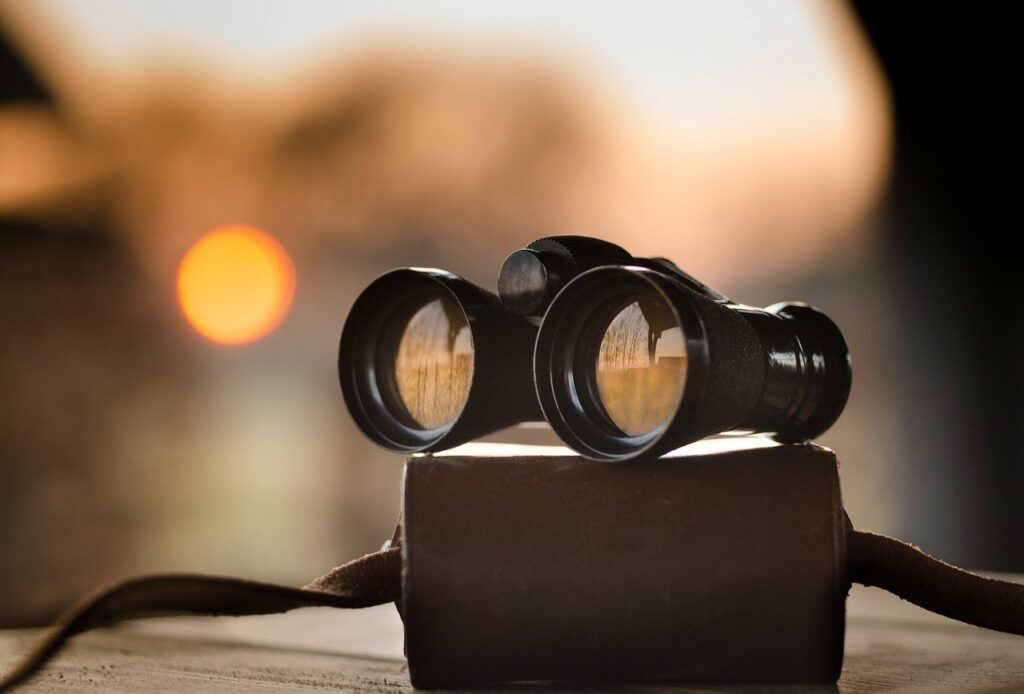 Optical instruments are needed to be handled with care in order to ensure their longevity. Since binoculars are meant to be frequently used outside, often in the wilderness, they are frequently exposed to rapid temperature fluctuations which can transform the water vapor present inside the optical housing into fog, which accumulates on the surface of eyepieces and objective lenses. Water on the exterior surface of lenses can be wiped with ease with a dry microfiber cloth, but the same cannot be accomplished if moisture is inside the binocular barrels. To solve this problem, manufacturers have come up with an effective idea. Binoculars are now charged with an inert gas, such as, Nitrogen or Argon under high pressure to avoid moisture contamination and subsequent ‘fogging’ on the surface of lenses in the optical housing.

Both Nitrogen and Argon are very stable gases under normal operating conditions and provide a similar level of fog-proofing and water-proofing. More recently, Argon is increasingly replacing Nitrogen as the ‘filler-gas’ in optical instruments due to its particularly non-reactive nature and significantly larger molecules despite being a mono-atomic gas (Ar), compared to Nitrogen’s di-atomic molecules (N2). Since larger molecules will need a considerable amount of time to leak from the housing, Argon promises efficient fog-proofing for a relatively longer time.

While most manufacturers hail Argon as the superior fog-proofing gas, a few optics engineers and scientists do not concur on this idea. According to their research on the subject, the main concern is to keep the internal components of the binoculars dry and free from dirt, and any gas which does not absorb or react with water can be used to purge air and moisture contamination. Since both Nitrogen and Argon are sufficiently non-reactive, they both provide the same level of fog and water-proofing and consequently, can be used interchangeably.

1 thought on “What is a better binoculars filling: Nitrogen or Argon?”