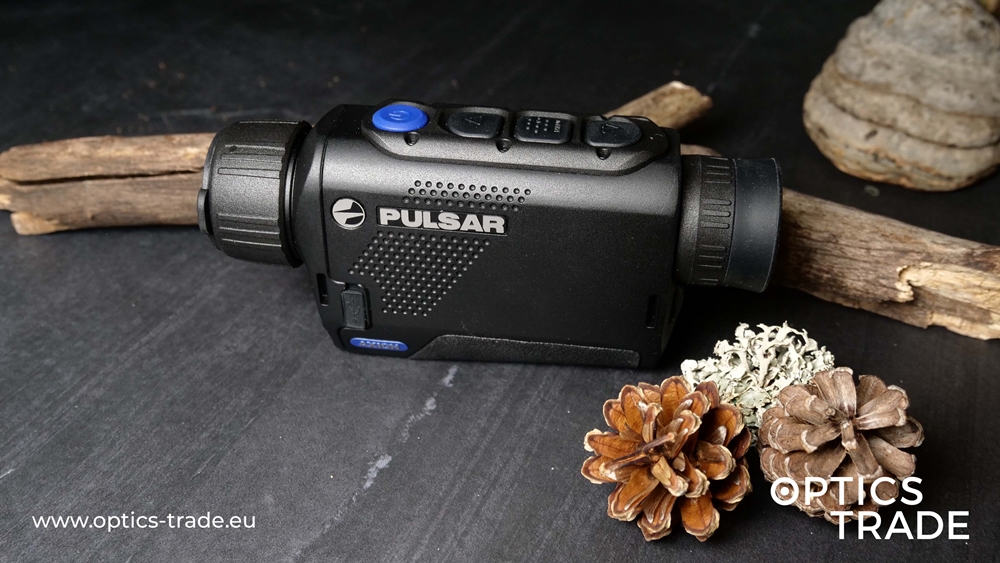 When turning on the device, the user must press the on/off button of the device. Soon after, the manufacturer’s logo appears (at approximately 2 seconds). We started pressing the “Menu” button when the logo appeared, to accurately portray the ready to use time of the device. In doing so, we discovered that the device is responsive as soon as we get the image. That means that the start-up and ready-to-use times are the same – approximately 3.40 seconds, which is quite fast.

For the Pulsar Axion XM30 F, we used the APS 3 Li-ion Battery Pack that is included in the box. As the battery is removable, the user can bring multiple batteries with him in the field, where you can easily change them, in case one runs out.

Do you need a spare battery?

You can charge the device with the USB Type-C charger, or you can take out the battery and charge it with the Pulsar APS charger.

Pulsar Axion XM30 F also has a Standby option, which is a remarkably useful battery-saving feature. If you hold the on/off button, the countdown appears on the screen. If you release the button before the countdown is complete, the screen turns off and the device enters the Standby mode. To use the device again, you simply press the on/off button, and the display appears immediately. The device is also instantly responsive to the users’ actions.

When turning the device off, you just simply hold the on/off button. The countdown (of 3 seconds) appears on the screen. Then you simply continue holding the button until the countdown is complete, and the device turns off.

Want to know how long the battery lasts?