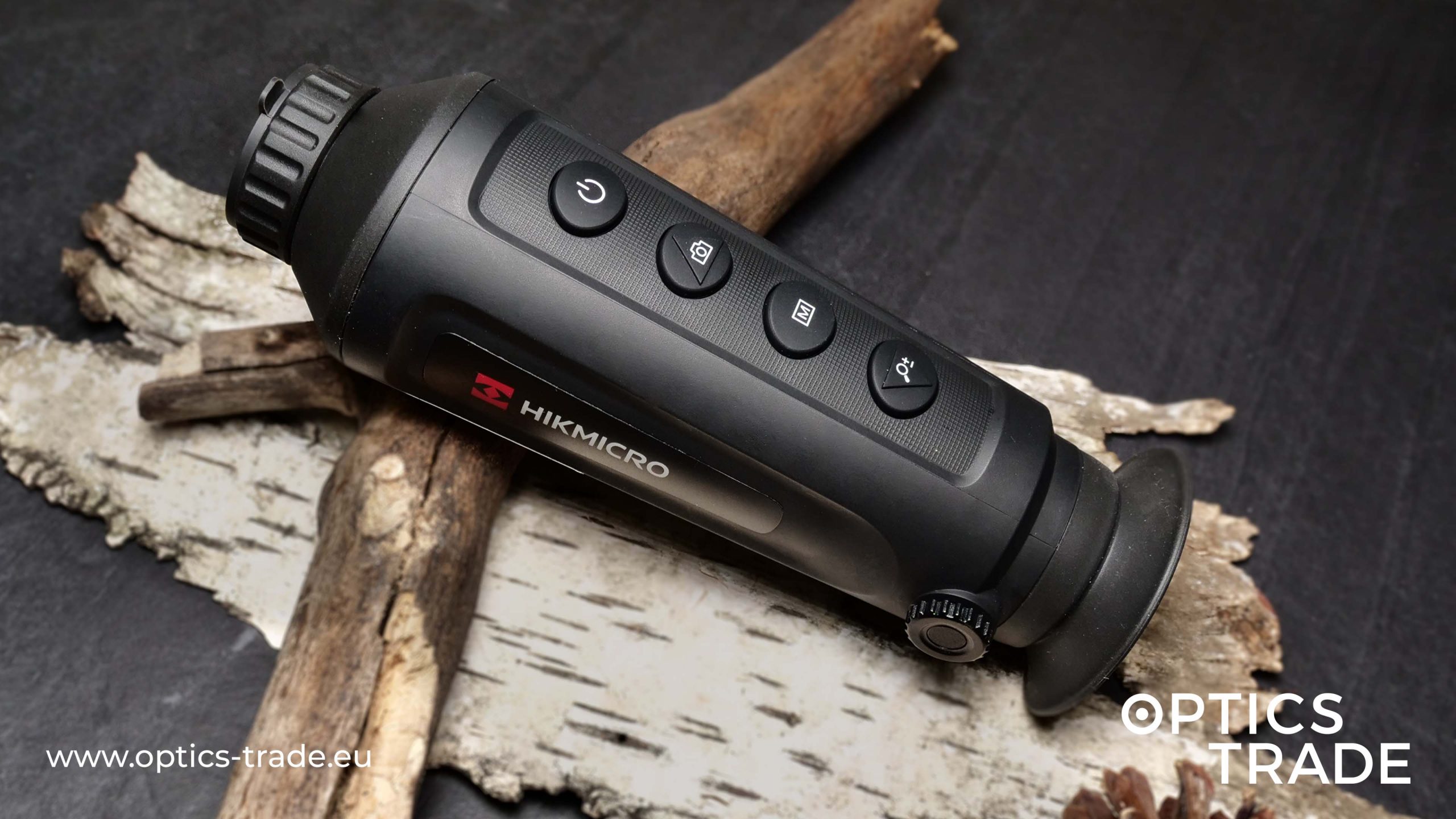 With Hikmicro LYNX PRO-LH19, the user has to long-press the on/off button for 2-3 seconds until the manufacturer’s logo appears. After the logo disappears, the image appears, and the start-up timer stops at approximately 7.37 seconds. Next, the icons appear in the top right corner, and that’s the time that the device becomes responsive to the users’ actions. We started pressing the zoom button as soon as the image appeared, to portray the ready-to-use time, which was at approximately 28.55 seconds.

The number of times we press the “zoom” button does not matter; the ready-to-use time does not get any longer/shorter.

As the manufacturer states, Hikmicro LYNX PRO-LH19 has a built-in, simple-to-charge battery. You can charge the device with a USB C power cable, which is included in the box.

Hikmicro states that the device turns on in under 5 seconds. However, this does not include the first few seconds during which the user must hold the on/off button until the logo appears. When measuring the time from the moment your finger presses the button and up to the part where the image appears, we can see that the actual start-up time is longer.

Hikmicro LYNX PRO-LH19 has a Standby option, which is a remarkably useful battery-saving feature. With the press of the on/off button, the screen turns off and the device enters the Standby mode. To use the device again, you simply press the on/off button.

We noticed that this device appears to be the same as AGM TAIPAN TM19-384.