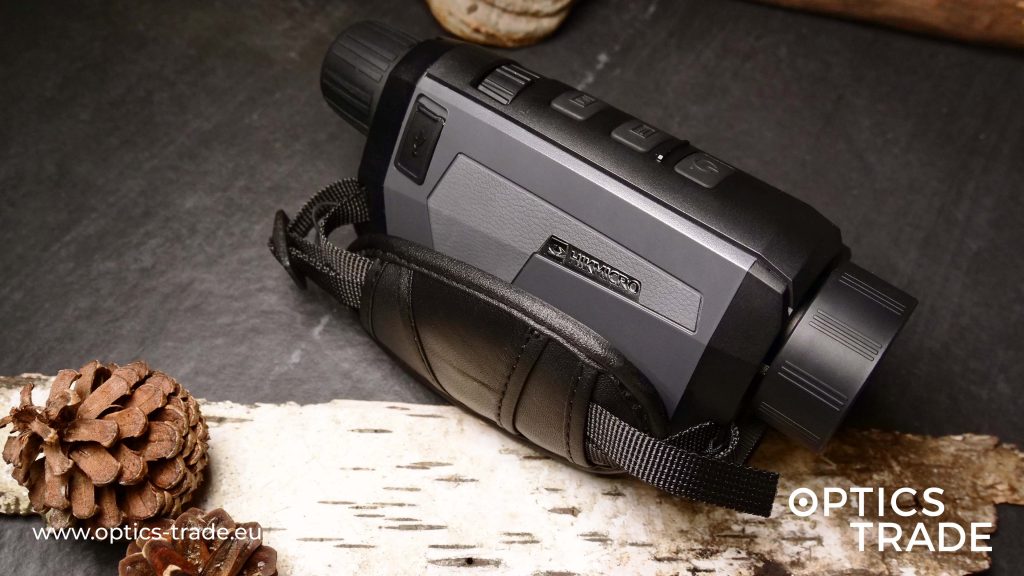 With Hikmicro Gryphon GQ35L, the user has to long-press the on/off button for about 3 seconds until the manufacturer’s logo appears. When testing, the image appeared soon after, and the start-up timer stopped at approximately 6.18 seconds. We began turning the 'Zoom' wheel as soon as the image appeared, to demonstrate the ready-to-use time. When the device responded to the users’ actions, the second timer stopped, which was at approximately 14.91 seconds.

As mentioned, we used the 'Zoom' wheel to accurately portray the ready-to-use time. We began turning the wheel as soon as the image appeared. In my opinion, the zoom feature could have been improved. While turning the wheel, the device zoomed in with delay and the image glitch at first.

To turn off the device, the user must hold the power button. The countdown appears and the device turns off. If you just turned the device off, you must wait a few seconds before turning it back on, otherwise, it will not respond. But that should not pose such a problem, as you probably will not need to turn it on immediately after turning it off.

Hikmicro Gryphon GQ35L also has a Standby option, which is a useful battery-saving feature. If you wish to enter the Standby mode, you just press the on/off button. To use the device again, you must press the button again, and it immediately starts functioning. The device is also instantly responsive to users’ actions.

The hand strap is a nice addition, as it helps secure the device when using it – to prevent you from accidentally dropping it.

Hikmicro Gryphon GQ35L uses one 18650 battery, and the rated voltage and capacity are 3.6VDC / 3.35Ah (12.05 Wh). 2 batteries (that come with a protection board) are included when purchasing the device. This is a nice feature, as you can switch the battery while in the field, in case the first one runs out. The battery charger is also included in the package - input voltage for the supplied battery charger should meet the limited power source (5vdc, 2a).

The device cannot be charged with an external power source directly, the same as with most thermal devices that feature removable batteries.

We noticed that this device appears to be the same as AMG FUZION LRF TM35-640.