Can Spotting Scopes Be Used For Stargazing?

We are big fans of spotting scopes, as they make nature in general so much more exciting and fun. But they are oftentimes underestimated as a useful tool for sky exploring, or even left out.

There are so many things one can observe through a spotting scope, almost as many as through a telescope. But because telescopes are not simply lying around in everyone’s basements, waiting to be set up, spotting scopes are a cheaper buy that provides similar results. 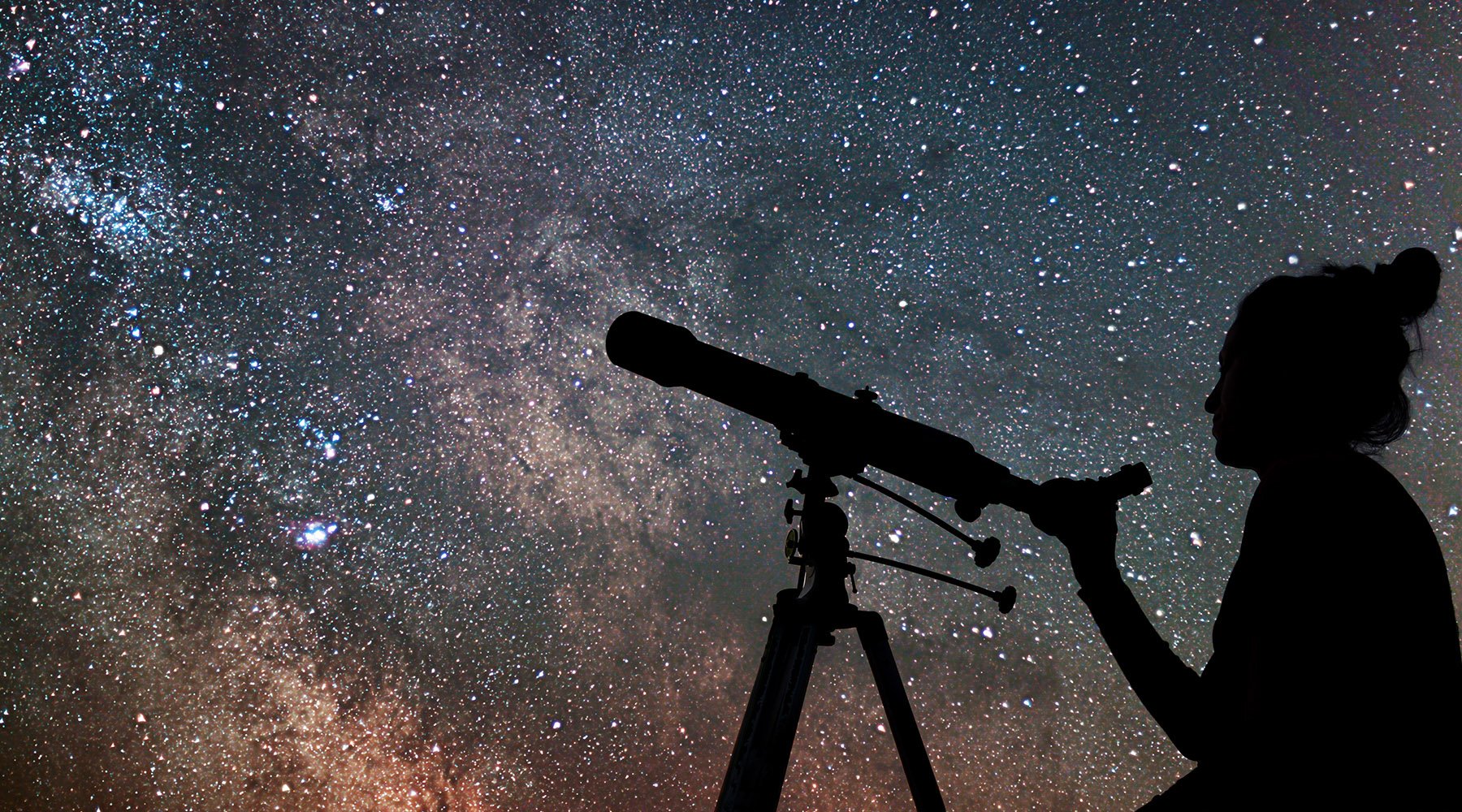 What exactly is a spotting scope? What can it do for me? A spotting scope, also called a terrestrial telescope, is an optical device that magnifies a distant object. Spotting scopes resemble tiny telescopes and differ from binoculars in a way that they have a singular eyepiece that allows the user to observe through.

A spotting scope, of course, has a body, which is the central part that contains every lens. It also has an eyepiece, which can usually be interchangeable. It requires a tripod to be set up – the scope attaches to the tripod head which enables the user to rotate it while observing.

Do not be fooled, a tripod is all but secondary when it comes to the equipment. A spotting scope without a tripod is like a sneaker without a shoelace. Without it, the scope itself can feature amazing optical features, but if it has no stable and robust tripod, the user will not be able to see clear images.

Spotting scopes usually have a magnification between 15x and 60x, but they can reach an even higher one. To change the capacity of the magnification power, the user simply needs to replace the eyepiece. However, you need to remember that a higher magnification does not always mean a higher quality observation. Because the bigger magnification power you are using, the less light and field of view you will have. The image will be less stable as well. 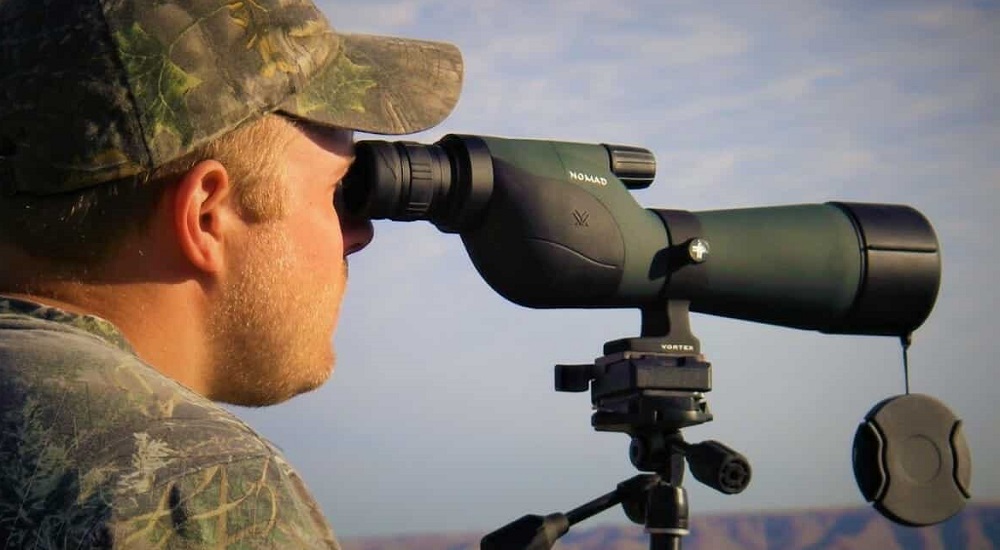 Spotting scopes might be specifically designed for observing landbound targets while the Sun is out and about, but the purpose of the glass is more or less the same as a refractor telescope.

We cannot find an argument as to why a spotting scope should not and cannot be utilized for stargazing and basic astronomy, as long as you take some factors into consideration. A good spotting scope can be used to observe open clusters, planets, the Moon, and some others, which you can find out for yourself, just grab your scope.

If you are a terrestrial observer who wishes to look up at the night sky once in a while, there is no reason why a good quality spotting scope would not fit the bill. If you are an astronomy buff, however, you are still better off spending the money on a good-quality telescope.

Is it possible to look at space through a spotting scope? The answer is yes. Some people think you need huge expensive telescopes that take ages to set up to enjoy the night sky, but with a half-decent spotting scope, you can really enjoy some fantastic sights of the sky. Next time, do not underestimate your spotting scope, just point it at the Moon, and observe. 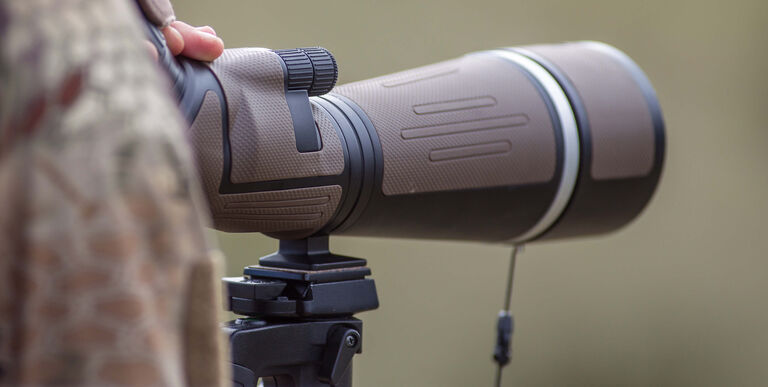 Article Name
Can Spotting Scopes Be Used For Stargazing?
Description
Is it possible to look at space through a spotting scope? The answer is yes. Spotting scopes are oftentimes underestimated as a useful tool for sky exploring, or even left out.
Author
Maruša Justinek
Publisher Name
Optics Trade Blog
Publisher Logo