About the Zbrojovka Brno ZH Series

The receiver of the combination version is designed to accept scope mounts, featuring a 14.5mm dovetail grove for mounting purposes whereas the shotgun versions do not come with a dovetail option. Rifles are opened and loaded by pushing the lever on the upper rear side of the action to the right.

The safety is positioned at the front end of the trigger guard protruding outward in the direction of the barrel which is somewhat unusual. It comes in a form of a circular knob which blocks the triggers and firing spring.

With combination models, the upper barrel is chambered for standard rifle calibers and the lower barrel for shotgun gauges – although it is usually the other way around with other manufacturers. One interesting feature is the arrangement of the triggers since the front trigger only activates the upper barrel whereas the rear one has the option to activate both – first the lower and then the upper barrel. This allows for the rear trigger to act as a single trigger.

The trigger assembly is designed in such a way primarily for one reason, namely, to allow two consecutive shots when using the shotgun barrels configuration. Using only one trigger for both barrels makes for faster firing instead of having to switch between the front and the rear trigger. Additionally, the front trigger can be purchased with a set trigger option.

There are several barrels available in the market for the ZH series, each chambered for either two gauges in shotgun versions or a rifle caliber and shotgun gauge for combination rifles. In addition to the models chambered for 12 ga, models 321, 324 and 328 are also available with 16 ga shotgun shells. The length of the barrels and the final overall weight of the firearm differ as shown in the table below:

What is more, since the barrels of the ZH series rifles are interchangeable, if a user chooses to switch out the barrel configuration, they are altering the rifle's model. That is to say, different model numbers are really just there to mark different barrel configurations. Although the barrels can be interchanged, some minor fitting adaptations should be made by a gunsmith before doing so. Disassembly of the rifle and changing of the barrels is done by pressing the small knob on the left side of the action body which splits the rifle into two parts.

Accuracy and Precision of the ZH Combination Rifles

Regardless of the barrel configuration, most versions have the two barrels soldered together which makes them non-free-floating. One could argue that this makes up for the robust construction and overall durability of the firearm - this might have been the case were it not at the cost of accuracy and precision.

In principle, the first two shots fired from the cold barrels should be within the expected high-accuracy spectrum. However, proceeding with repetitive reloading and consecutive shots, the firearm gradually begins to lose its accuracy. That happens due to the increasing heat of the barrels since there is no room in between that would allow them to cool down. Consequently, the projectiles fired from the hot barrels hit the target below the point of anticipated impact. The more rounds fired, the hotter the barrels and the less accurate the precision of the shots.

Although the difference should not be too noticeable with shotguns, the deviation in accuracy and precision becomes pretty apparent with rifle cartridges in combination models.

The ZH series is not an isolated case in that field as many combination rifles with soldered barrels experience the same issue. This might be especially inconvenient for sports shooters as barrels should be constantly cooled down to achieve the best performance of the rifle.

All rifle/shotgun combinations come with a 14.5 flat top dovetail with a square recoil notch for scope mounting purposes whereas the double-barrel shotgun versions do not feature a dedicated mounting surface. The recoil cutout on the right side of the dovetail is a typical feature found on Brno and CZ rifles.

If you are looking for scope mounts to mount on your Brno ZH or want to learn more about individual models, feel free to read our landing pages which are available on our website:

is a written content creator and a current member of the Optics Trade team who specializes primarily in the field of scope mounting systems. 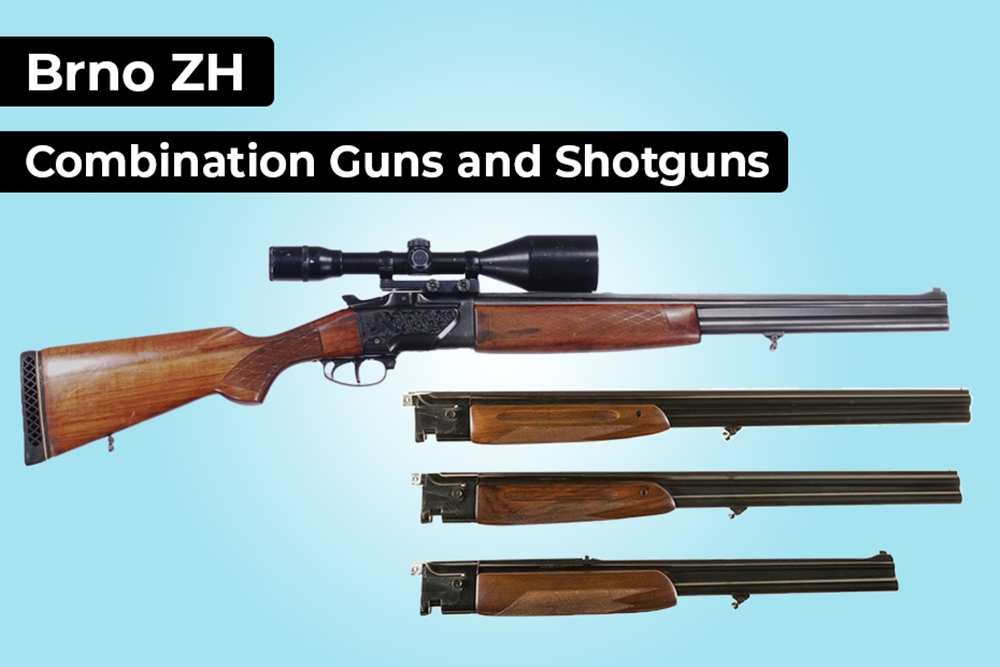